Cruise Line Is It Anyway? 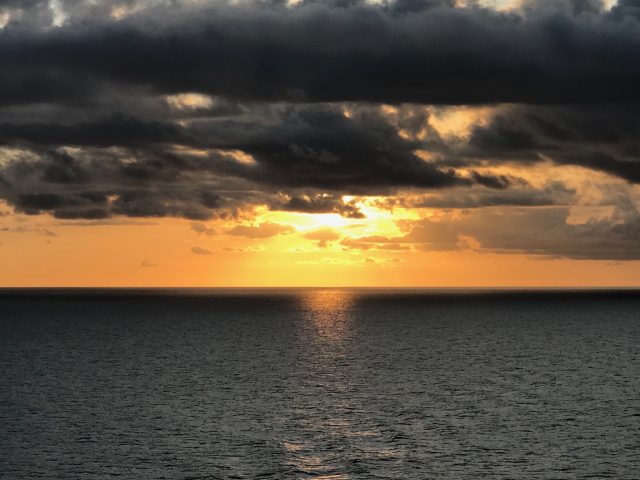 As many of our readers may recall, the 2018 and 2019 Pride Editions of Lavender boasted lucky cover models who not only got the chance to represent the GLBT community for our biggest issue of both years, but won a cruise for two courtesy of Celebrity Cruises.

Last year’s big winner was attorney and Our Gay History in 50 States author Zaylore Stout, and this year the honoree was North Memorial Health Foundation board member and Gay For Good National Vice Chair Beth Mejia. Both winners took their respective trips during the second half of this year: Stout and his partner Ore Lindenfeld took Celebrity Cruises’ Equinox line from Fort Lauderdale to St. Thomas, Antigua, Barbados, the U.S. Virgin Islands, St. Lucia, and St. Maarten, while Mejia and a friend took Celebrity Cruises’ Summit on a tour of the American Northeast. 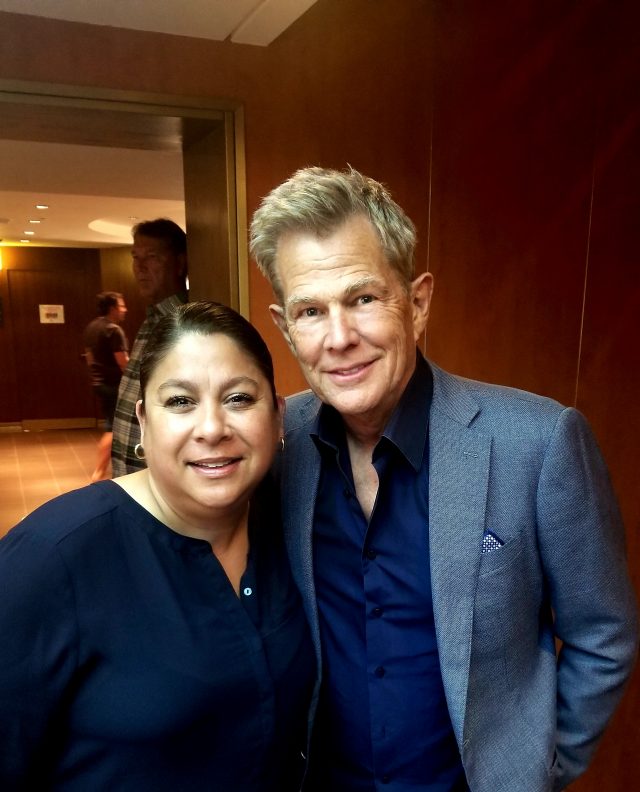 Beth Mejia, left, was this year’s Cover and a Cruise winner. Photo by Beth Mejia

“We started our travel in Newark, New Jersey at the Cape Liberty Port, leaving the evening of [Aug. 11, and] we got a beautiful view of Statue Of Liberty and Skyline of Manhattan,” said Mejia. “We traveled along the east coast into Canada, starting our trip at St. John’s Bay, then Bar Harbor, Maine, and finally spending a few days in Provincetown, Massachusetts.”

Stout said that he and his partner had an absolute blast during their journey.

“Both the food and the service on the ship were amazing!” said Stout. “We had spa (massage and acupuncture) treatments. Beating the staff in a volleyball tournament (which we heard never happens) was fun. Eating the local cuisine on the islands was a must (roti, flying fish, and conch fritters were my favorite). Then there were the beautiful beaches and the beautiful blue waters. We met other amazing LGBTQ+ folx from around the world and sang karaoke together almost every night (“Seasons of Love”, anyone?)” 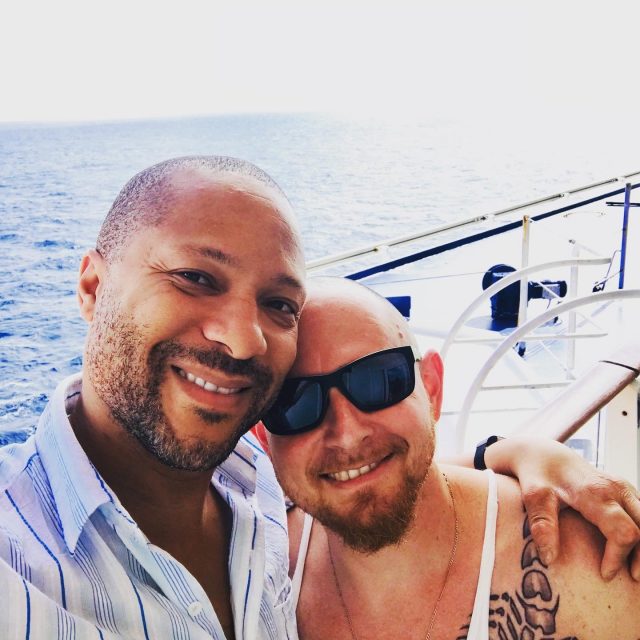 Zaylore Stout, left, was the 2018 Lavender Cover and a Cruise winner. Photo by Zaylore Stout

“The best part of the trip was Canyon Ranch Spa, the celebrity-packed entertainment with the likes of Kristin Chenoweth, Katherine McPhee, her husband David Foster, and funnyman comedian Leslie Jordan from Will and Grace,” said Mejia. “The food was fantastic, the service was amazing, [with] lots of fun themed parties each night.”

Stout said that of all the memorable moments on his cruise, two moments stuck out in particular.

“First, we visited one of the oldest Jewish synagogues on U.S. soil,” said Stout. “Built in 1833 for a congregation founded in 1792, it was declared a National Historic Landmark in 1997. It has sand floors and was quite a site to see.”

The second moment was meeting Carolyn Forno, assistant director of the Women’s Coalition of St. Croix.

“The center is highlighted in my book, Our Gay History in 50 States, so it was great to see and hear the stories of this center in person,” said Stout. “Additionally, we learned that Director Forno was part of LGBTQ+ history herself when she and her wife were the first LGBT couple to adopt in the Caribbean.”

Mejia said that she adored the quaintness that each east coast town had to offer.

“My favorite by far was Provincetown, which is known as one of the most open LGBTQ+ cities in the U.S.,” said Mejia. “[A] special thank you to Vacaya for making my first cruise ever unforgettable.”