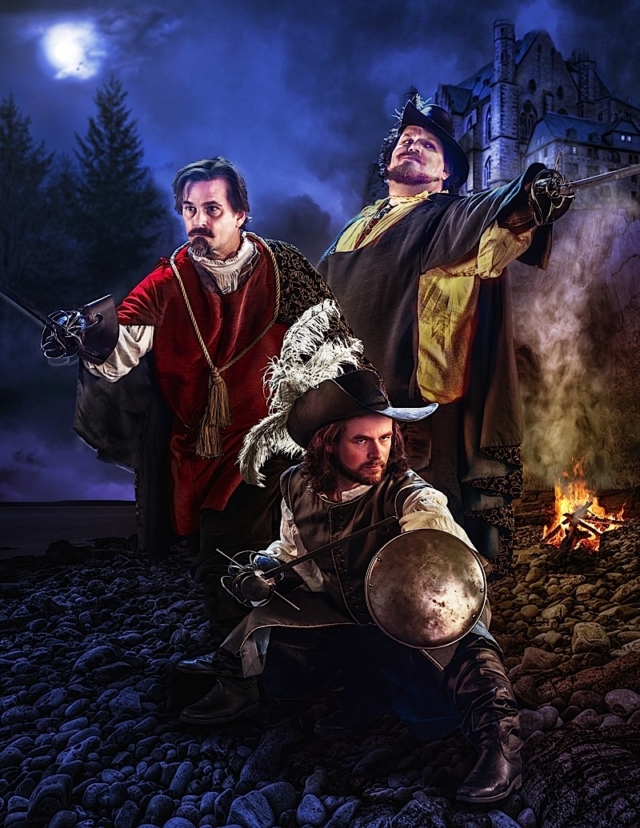 Ken Ludwig’s stage adaptation of the Alexandre Dumas novel was originally commissioned by the UK’s distinguished Bristol Old Vic Theater. The swashbuckler classic is a vivid look at the ancient code of manly honor. Moreover, Ludwig has created a new character, Sabine, as musketeer D’Artagnan’s younger sister. She pretends to be a male servant in a cross-gender turn that speaks to our time. It has been directed by the accomplished Lynn Musgrave for one of the region’s longstanding producers of classic plays, Theatre in the Round Players.

Sixteen-year-old Lillie Horton plays Sabine. Musgrave says the character “dresses up as a boy so she can tag along. The ball in Act II features Brandon Ewald cross dressing. He plays eight roles and does the show at a dead run with all his costume changes and spectacular deaths.”

The Three Musketeers
Through April 16
Theatre in the Round, 245 Cedar Ave., Minneapolis
612-333-3010
www.theatreintheround.org