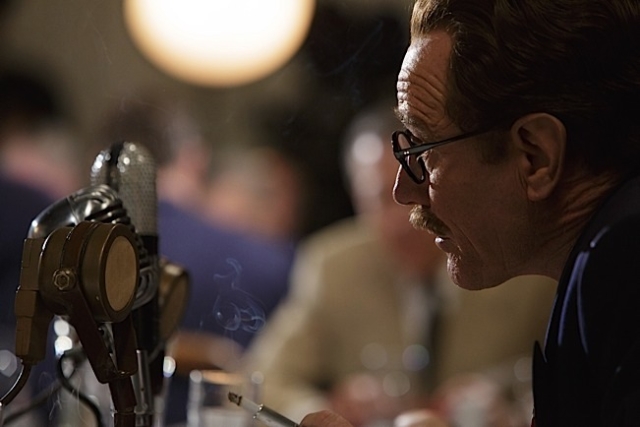 In the new movie, Trumbo, Bryan Cranston (Breaking Bad) delivers a gritty and sophisticated performance as Dalton Trumbo, the screenwriter blacklisted and imprisoned in the McCarthy Era. A fascinating drama directed by Jay Roach, it illuminates both the victims and those who fearfully named names of suspected communists to the House Un-American Activities Committee (HUAC). Lives were ruined. Families ruptured. Toxic innuendo and unproved accusations ran wild as if they were true.

Helen Mirren is deliciously diabolical as the vindictively right-wing gossip columnist Hedda Hopper who questioned people’s patriotism at the drop of a pin. She has a scene with John Goodman as a macho B-movie producer that is one of the funniest scenes in movies of recent years.

Strong support from Diane Lane and Louis C.K. of stand-up fame. John McNamara’s piercing screenplay was adapted from a biography by Bruce Cook.