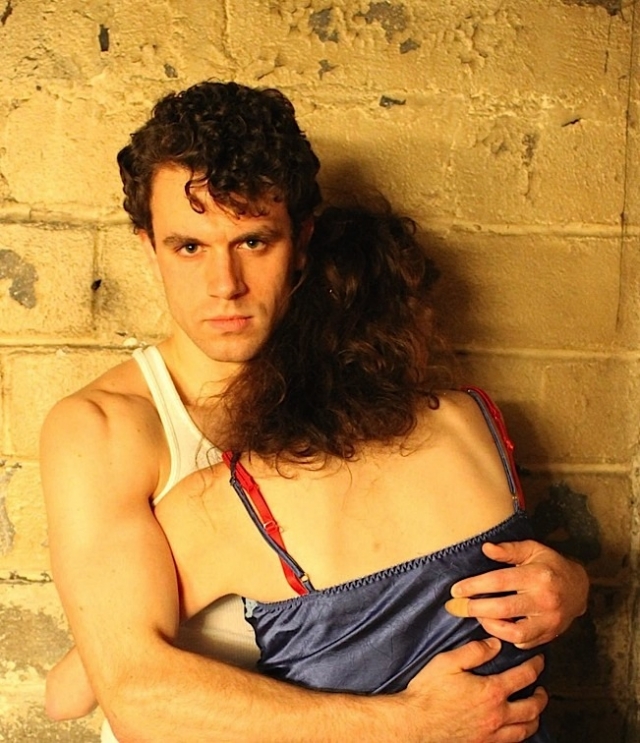 Playwright Tracy Letts is best known for his brilliant play, August: Osage County, but before that he made an impact with Bug. It looks at conspiracy theories in a way that one questions whether they are real or not. Shadow Horse Theatre, which is no stranger to the dark side, is presenting a new production directed by Justin Kirkeberg of Candid Theater Company fame. It plays at Phoenix Theatre.

The director describes the play: “in Bug we meet Peter (Aaron Henry) and Anges (Katherine Preble) two desperately lonely people who seem haunted by events from their pasts and possibly government.  Anges holds up in a dingy motel room with little contact with the outside world the exception being her best friend (and sometime drug dealer) R.C. (Charla Marie Bailey), one fateful evening R.C. brings over a drifter named Peter, a young man whom she has just met. 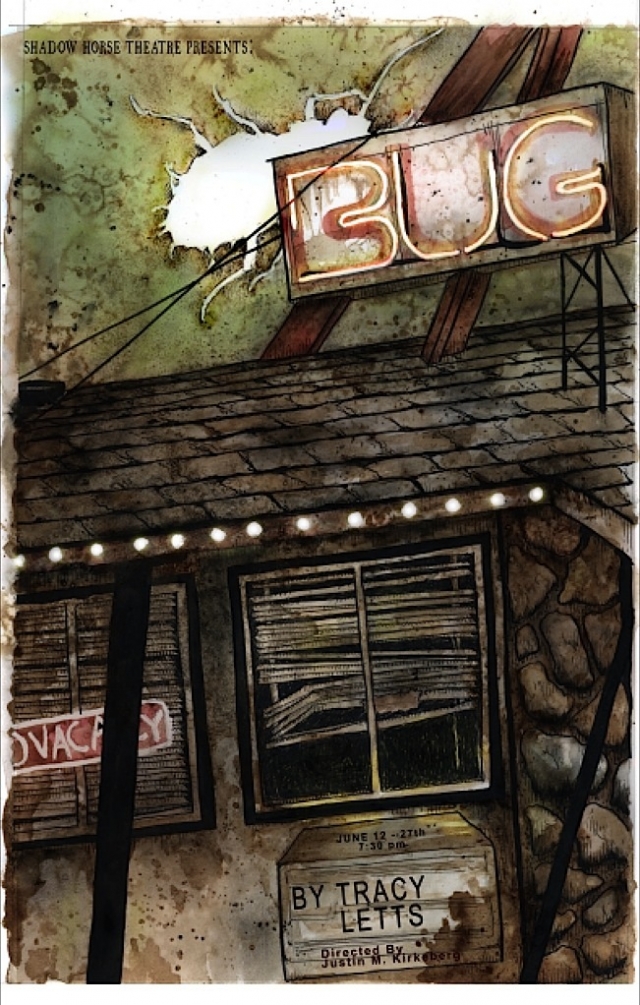 We quickly learn that Peter is keeping a secret -or several secrets- about his past. He is AWOL from the army where believes he was part of a medical experiment, an experiment that has gone horribly wrong. Now holed up in Agnes’s hotel room he is fighting off an infestation of bugs that he believes the government infected him with. These bugs are part of the experiment Peter escaped from, but now that the bugs have hatched he is certain that the government is using them to track him.  Agnes quickly begins seeing the bugs as well, and as with Peter she also grows convinced that they are agents of the government.”

Kirkeberg continues “as they fight off this infestation, Peter and Agnes grow more and more convinced that this is the government coming to “get” them. Isolating themselves from their friends their fear becomes all-consuming and every phone call or knock at the door becomes a potential threat. When a doctor comes to see Peter their fear grows to paranoia and they slip past the tipping point from paranoia into madness.”