Coming Attractions: Touring Broadway Is Back! 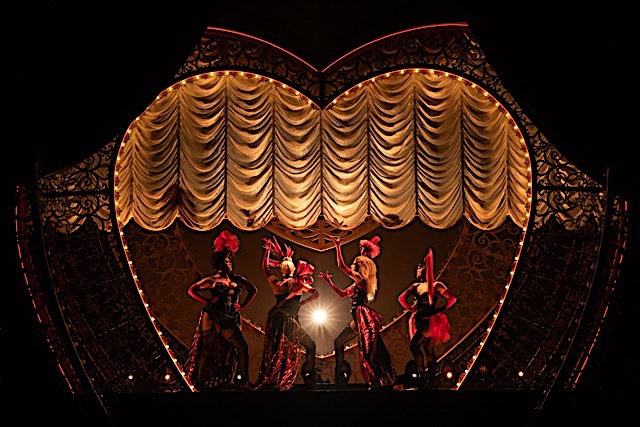 While we continue to see many of our own local theatres reopen, the return of touring Broadway is imminent. Hennepin Theatre Trust announced a jam-packed season before the pandemic hit in 2020, but was forced to reschedule everything. However, we’re slowly getting there which means touring Broadway will be here before you know it. No, really—the first one’s at the end of September!

The delta variant has caused many issues and thrown many plans out the door, which is why I suggest visiting hennepintheatretrust.org/broadwayticketinfo for the most up-to-date ticket information. Cats originally was slated for this tour, however it has been cancelled.

The story of Anna and Elsa is one that has played in probably every household across the country—whether you have kids or not—and we’ve all given full performances in our cars to “Let It Go.”

When the kingdom of Arendelle becomes trapped in a never-ending winter, Anna joins forces with Kristoff, a young mountaineer, to save her sister, Queen Elsa, and the kingdom from her icy spell. With hits like Let It Go, Love Is an Open Door, and Do You Want to Build a Snowman?, the Frozen musical will be the perfect treat for Minnesotans as we not only return to the theatre but prepare for winter.

Before I get into it, see it. Buy your tickets. Do it. Listen, I know you’re thinking “But Brett, it’s Oklahoma! Really?” Really. Even as a musical theatre connoisseur, I just saw this Rodgers & Hammerstein musical for the first time when it was on Broadway in 2019. This was billed as a new and innovative production in celebration of its 75th anniversary, and this production was different. While the songs remained the same, the feeling had changed. Less Golden Age and more gritty, dark and sexy. Set in an intimate, immersive style, in the round production, the show even served cornbread and chili during intermission. If I haven’t sold you on this production yet, go listen to Damon Daunno sing “The Surrey with the Fringe on Top.” Trust me, you’ll swoon.

This version of Oklahoma! is described as a “stripped down” version to “reveal the dark psychological truths at its core, Daniel Fish’s re-orchestrated and re-imagined production of this classic…tells a story of a community circling its wagons against an outsider, and the violence of the frontier that shaped America.”

Anastasia is not a Broadway musical and combines the original story of both the 1956 Fox film and the 1997 animated film (one of my favorites). The story is a well-known one that takes place in Russia and is about the lost Princess Anastasia Romanov. While I’m slightly upset that some of my favorite aspects of the movie are replaced with other ideas (there’s no Rasputin, which means no In the Dark of the Night song), I’m still fairly excited. Some of the songs in this musical still give me shivers, including Once Upon a December and Journey to the Past.

I love musicals, but you know what I love even more? Ninety-minute no-intermission musicals. Sometimes I get a little antsy in my seat, which is why I loved seeing Come from Away on Broadway a few years ago. The musical is short but full of emotion and some fantastic musical theatre moments.

Come from Away is a Canadian musical that is set a week following the 9/11 attacks. It tells the true story of what transpired when 38 planes were ordered to land unexpectedly in the small town of Gander in the province of Newfoundland and Labrador, Canada. What’s unique is that many of these characters are based on the actual 7,000 stranded travelers and real Gander residents.

A quick run, however it’s been here before which is probably why it’s here for only a few performances. Jersey Boys is a musical biography about the Four Seasons rock ‘n’ roll group. A delightful night for those who may have grown up with this music. This jukebox musical covers the formation, rise, success and eventual break-up of the iconic group.

When people think of Pretty Woman, they think “Big mistake. Big. Huge.” Some also thought about this when it was turned into a musical. I haven’t seen it and frankly I can’t remember how critics received it when it premiered on Broadway. The musical is based on the movie of the same name and takes place in Hollywood. It centers around Vivian Ward, a sex worker who is hired by Edward Lewis, a wealthy businessman, to be his escort to several social functions. However, you guessed it, the strictly financial business arrangement slowly begins bubbling into a developing relationship.

The multi-Tony award-winning musical is coming here and I can’t wait to see it again. I was lucky enough to see it a few months after it won so many Tony awards and even saw it with the original cast. I don’t want to spoil anything so I’ll give a very simple summary straight from the website, however I can’t recommend it more.

Hadestown intertwines two mythic tales—that of young dreamers Orpheus and Eurydice, and that of King Hades and his wife Persephone—as it invites viewers on a hell-raising journey to the underworld and back.

All I’ll say is that I hope this musical is better in person than it was as an atrocious Netflix movie. Not even my favorite—Meryl Streep—could save it from the annoying and stereotypical performance that was James Corden’s. That being said, we will be seeing this show and we will be supporting it because at the root of it, it’s a show about young queer love and we need more of that these days.

The musical follows four Broadway actors who are mourning the potential fall of their careers after another bust of an opening night. They travel to a small conservative town in Indiana to help a young lesbian student who was banned from bringing her girlfriend to the high school prom.

Another musical based on a fantastic movie, this musical adaption is pretty fun. Is it absolutely groundbreaking? No. Is it still a fun night and an electrifying show to see? Absolutely. Set in Paris during the Belle Epoque at the turn of the 20th century, the musical tells the story of Christian, a young composer who falls in love with a cabaret actress, Satine. The musical, like the movie, weaves together original songs in a jukebox-style musical and even includes songs that haven’t been released since the film’s original premiere.

Yes, many of your favorite pop diva’s songs do make an entrance at one point.

Similar to Jersey Boys, this jukebox musical tells the story of the great Temptations and their rise. Featuring songs like Baby Love, Come See About Me, You Can’t Hurry Love and My Girl, this show is bound to be a great night for anyone who grew up listening to this group.