Coming Attractions: Celebrate Pride From Home With These Documentaries 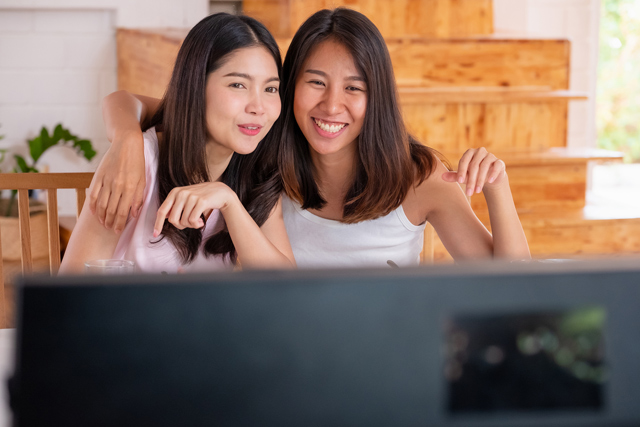 Needless to say, we’re all pretty disappointed that Pride celebrations are being cancelled across the nation due to the current pandemic. That being said, just because the parades and parties aren’t happening doesn’t mean Pride itself is cancelled. The movement of Pride will still live on this month, which is why I took the time to gather some documentaries to watch. These documentaries remind us where we started, how far we’ve come and how much more we have to go in the fight for equality.

Before Stonewall: The Making of a Gay and Lesbian Community (1984)
Amazon Prime

While the gay liberation movement started in earnest with Stonewall in 1969, there isn’t a lot of information about our community prior to that. On a larger scale, it’s usually unheard or even untold. Before there was social media, gay people had no way of finding each other without the fear of being persecuted. This Emmy-award winning documentary covers various decades from the 20th century and how gay people were able to seek each other out with the use of nonverbal signals like the hanky code.

In 2019, this film was so important that it was selected by the Library of Congress for preservation in the National Film Registry. After you finish Before Stonewall, I encourage you to watch the companion sequel to this documentary titled, you guessed it, After Stonewall.

The Death and Life of Marsha P. Johnson (2017)
Netflix

Marsha P. Johnson, a transgender woman of color, is regarded as one of the earliest faces of the gay liberation movement. For nearly 25 years, she fought for the cause; but what many people don’t know is that LGBTQ rights were not the only thing she fought for. This documentary shares the vibrant life she had, as well as her death that the New York City police ruled as a suicide. The documentary takes a deeper investigative look into her death as well as revisiting the Stonewall Riots and celebrates the life she had.

One of the more popular queer documenatries, Do I Sound Gay? is an entertaining look at one of the most stereotypical things queer people face: the gay voice. Does it really exist? Is there such a thing? Do I Sound Gay? tackles these perceptions from how our voices change with age, time and if it’s affected through our surroundings while growing up. As someone who gets called ma’am on the phone and in the drive-thru weekly, I found this documentary extremely thought-provoking. It also features interviews with Dan Savage, David Sedaris, Don Lemon, George Takei, and Margaret Cho.

While Do I Sound Gay? may be a popular documentary, Paris is Burning is by far the most popular doucmentary in the queer community. Ball Culture has become increasingly more known in the mainstream media thanks to shows like RuPaul’s Drag Race and, more recently, Pose, but have you ever wondered where it started? Go back in time to see where the terms “shade”, “reading” and “voguing” originated from in this documentary set in the New York ball scene of the 1980s. A fascinating look into the lives of the gay and transgender communities involved in this underground LGBTQ subculture, Paris is Burning is a must see.

Paris is Burning was also selected to be archived in the National Film Registry with Before Stonewall and others to commemorate the 50th anniversary of the Stonewall riots in 2019.