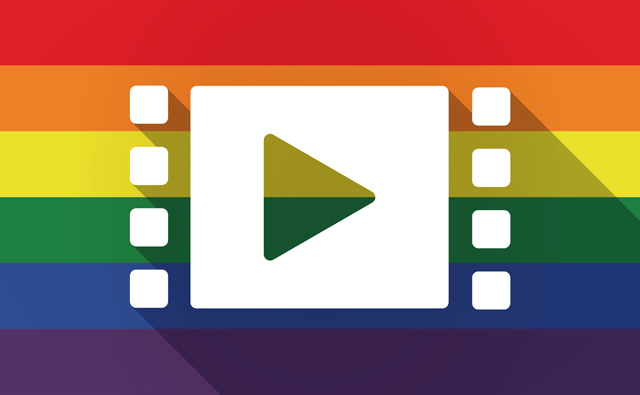 The novel coronavirus (COVID-19) has forced the closure of businesses across the country from bars to restaurants and other small businesses. Even Broadway has succumbed to the pandemic and have dimmed their lights for the next couple of weeks. The forced hiatus has spilled into the entertainment world across the country with movie theaters, entertainment venues and stage theaters alike closing shows early or postponing.

Social distancing has caused many to stay home and endlessly scroll through streaming services trying to find something to watch. That’s why I wanted to take a second to offer some incredible queer-oriented options for you to watch or listen to right from home.

Over the last couple of years, the phrase “representation matters” continues to weave itself into the pop culture and entertainment industry. Visible: Out on Television is a documentary miniseries on Apple TV+ that chronicles GLBT representation in American television. The series takes a closer look at five different eras and themes, including “The Dark Ages,” “Television as a Tool,” “The Epidemic,” “Breakthroughs,” and “The New Guard.”

Throughout the series, there are countless of well-known allies and queer people from Tim Gunn to Wanda Sykes, who executive produced the show. While the series takes on the milestones and wins we’ve had, it isn’t shy to say where it’s gone wrong and can improve on in the future. 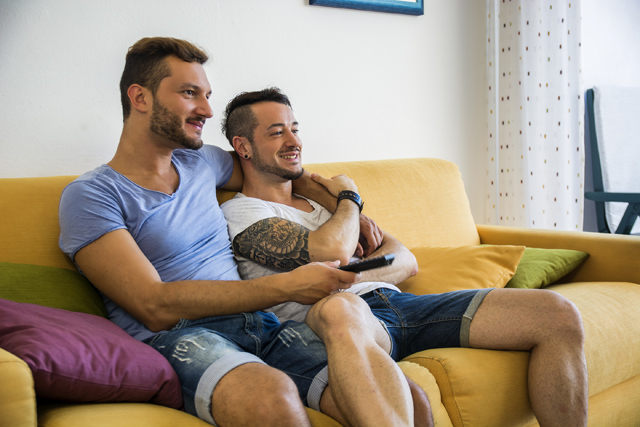 Food 4 THOT
Podcast
Wherever you stream your podcast

Podcasts have evolved to being listened to almost just as much as music. With an hour-long commute to work, two hours if you count the drive home, I’ve embraced podcasts to the fullest. Food 4 THOT—yes spelled T-H-O-T—was a podcast my best friend Michael got me hooked on last year around Pride. This roundtable discussion features four multi-racial and queer writers.

The podcast has weekly discussions about “sex, identity, culture, what [they] like to read…and who [they] like to read.”  If you’re active on Twitter, you may recognize Fran Tirado, who heads up GLBT content at Netflix, along with Tommy “Teebs” Pico, an indigenous American poet, Dennis Norris II, an author and ex-figure skater, and Joe Osmundson, a nonfiction writer and scientist.

Arguably one of my favorite movies, The Birdcage will offer a nice escape from the world with plenty of laughs to keep your spirits high during self-quarantine. Featuring the iconic comedic duo of Nathan Lane and the late, great Robin Williams, who star as Armand Goldman and Albert, respectively. The two openly-gay club owners live in South Beach. The farce takes place when their son (actually Armand’s from twenty years before) wants to introduce his dads to his future in-laws. What they don’t know is his soon-to-be father-in-law is a strict conservative Republican. Comedic chaos ensues when Albert, a drag queen by night, attempts to pose as the matriarch of the family.

The Birdcage is based on the popular French farce La Cage Aux Folles, which was also adapted into a musical. It features the famous, oft-performed song by drag queens, “I Am What I Am.”

Maybe movies, documentaries or podcasts aren’t your thing. If that’s the case, I highly suggest looking through the stand-up comedy section in Netflix. In January, Fortune Feimster: Sweet & Salty dropped and offered a fresh new hour-long comedic set. Feimster delivers joke after joke talking about her experience at Hooters as a young closeted lesbian, her time on the swim team and Sunday visits to Chili’s with her family.

On the surface, Sweet & Salty is hilarious, but it also offers plenty of heart while Feimster self-reflects on her journey to where she is now.

Difficult People will forever go down as the show that got away. This three-season show stars Julie Klausner and Billy Eichner as two struggling comedians in New York City. Difficult People is one of those rare comedies that makes you laugh and then you say to yourself, “Should I have laughed?” If you like dark comedy, people yelling, and special guest appearances by Tina Fey and Lin-Manuel Miranda, then this show is for you.