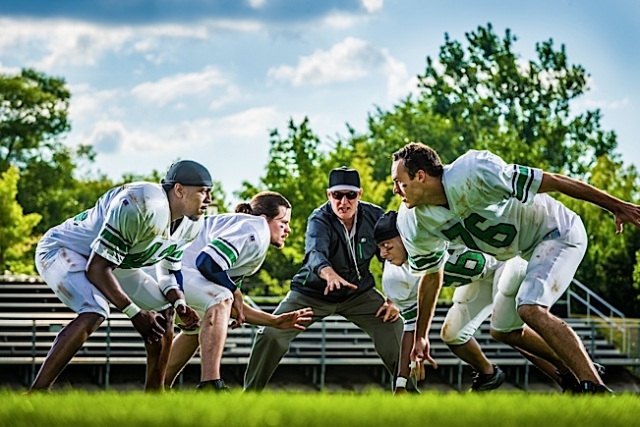 Photo by Rich Ryan of Colossal.

Andrew Hinderaker’s play, Colossal, is a breakthrough as both a play about sports and a play about gay love. It makes the connection of contact sports as inherently homoerotic without turning it into something to get giggly or snarky about. It also shows gay love in terms of an ultimate sacrifice and as something not infused with consciously activist politics. Just basic and primal feelings. Paradoxically, that’s exactly what makes it such a socio-politically powerful work.

Torsten Johnson gives an endearingly beautiful performance as young Mike, a white football player in love with his black teammate, Marcus, portrayed in an endearingly sexy performance by Darius Dotch. Mike shows vulnerability as Marcus shows resistance to that. Within that space is the mysterious, and for Marcus, frighteningly appealing realm of the homoerotic and the homoromantic. 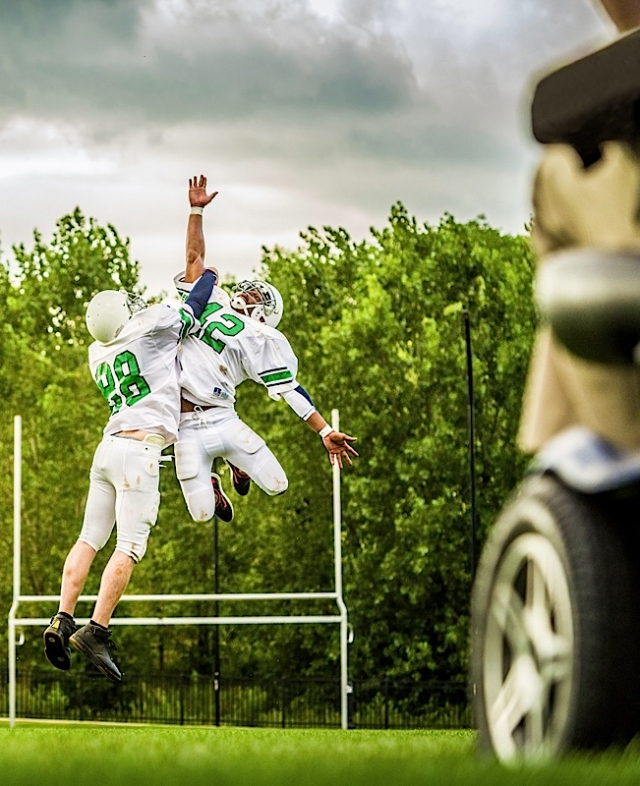 Photo by Rich Ryan of Colossal.