Cole Porter Comes Alive at TRP in All His Fullness 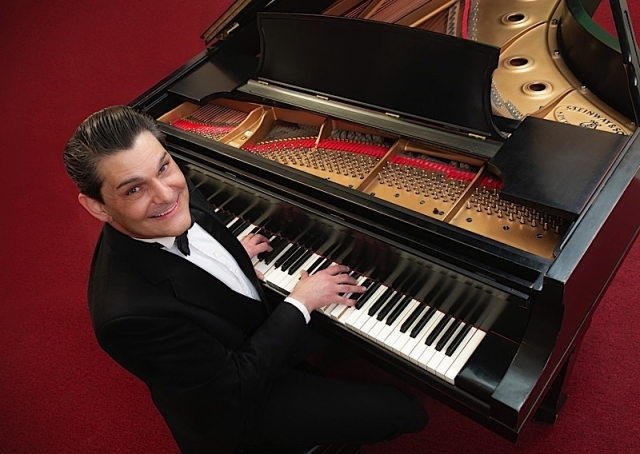 The musical, Red Hot and Cole, now onstage at Theatre in the Round Players, combines a musical revue approach with deftly sweeping script writing. The life of songwriter Cole Porter (1891-1964) was an unconventional one that produced some of the most indelible tunes of the 20th century. Actor Eli Coats delivers a richly textured performance in the title role that brilliantly and vulnerably reveals a man who on the one hand delighted people from early on with the charm of his tunes, but on the other was seriously plagued with self-doubt. The musical has a way of unfolding his phenomenal success so that the audience seems to be sharing in that unfolding.

However, Red Hot and Cole is more than revue or what is sometimes called a jukebox musical. It may have been conceptualized that way by its book writers Randy Strawderman, Muriel McAuley, and James Bianchi, but as director Mary Cutler demonstrates, this is a genuine musical with striking character arcs, not only for Cole, but even among the many smaller roles. Many in the cast play multiple roles, and they do so well.

TRP’s modest arena space may not seem ideal for a musical but Cutler’s ensemble, musicians, and creative team have solved that issue beautifully. Music Director Christopher Stordalen with pianist Kathleen Hollar and Spencer Becker on upright bass have captured the Porter style and spirit so that at points it feels like a nightclub or elite party back in the day. John A. Woskoff’s set, Karen M. Hokenson’s lighting, and Morgan Groff’s costumes nicely complement that feeling.

Choreographer Brianna Belland mystically infuses the dance segments with motifs ranging from modernist to popular dance of the eras in which this rather epic musical takes place. One section just grabs you: Tyler Stanchfield and Alexis Solheid move with phantom-like elegance as the superb Kaitlin Klemencic as Linda, Cole’s wife, sings In the Still of the Night.

Cole’s attraction to men comes slyly through My Heart Belongs to Daddy. Dan Stephans II brings masculine grace and a subtly romantic touch to roles that convey a sense of a mutual connection with Cole. When Stephans sings Wake Up and Dream, it feels like a yearning for a time and place where men can love one another openly without judgement and recriminations.

The TRP production is also gains from terrific vocals and fitting stage command from a mischievously witty Jacleen Olson as Elsa Maxwell and Ethel Merman. David F. Dubin’s wonderful rendition of Miss Otis Regrets emerges in a way where were not sure if the singer is mocking or is genuinely devastated. Siri Hammond charms throughout with flapper panache and a rosy girl-next-door affability.

Mark L. Mattison exudes uncannily the urbane essence of Noel Coward. In contrast to Cowardesque aristocratic flair, an earthy and adorable Cassie Utt brings grit and tough love as Bella Spewack, who co-wrote the book for Kiss Me Kate with husband Samuel. This became the songwriter’s illustrious Broadway comeback. Red Hot and Cole portrays her as pivotal in prodding Cole out of depression in order to once again, fulfill his potential. His depressed state of mind, of which the root cause was a disabling horseback riding accident, is numinously elicited by Coats and Utt sparkles as the catalyst for pulling him out of it.

Just as the musical handles the gayness with natural ease, rather than with a preachy heavy hand, it solidly addresses the scourge of racism. Kathleen A. Hardy radiates as Ada “Bricktop” Smith, the legendary entertainer stigmatized by the era’s socially unacceptable status of being mixed race. An American, she was nonetheless a beloved figure who ran popular night clubs in Paris, a city where Cole Porter lived and found joy; and in which Bricktop was able to flourish. She was clearly a part of his emotional support system and had no qualms about his homosexuality. The talented Hardy remains one of the Twin Cities’ most charismatic actresses.

Out of this expatriate atmosphere floats I Love Paris from Can-Can. It suits the musical’s haunting mix of the yearning for love and the bittersweet way in which we are simultaneously wounded, yet mysteriously gratified, by our legitimate need for nostalgia. Cutler’s TRP production proves that Red Hot and Cole can and should now be considered a classic. 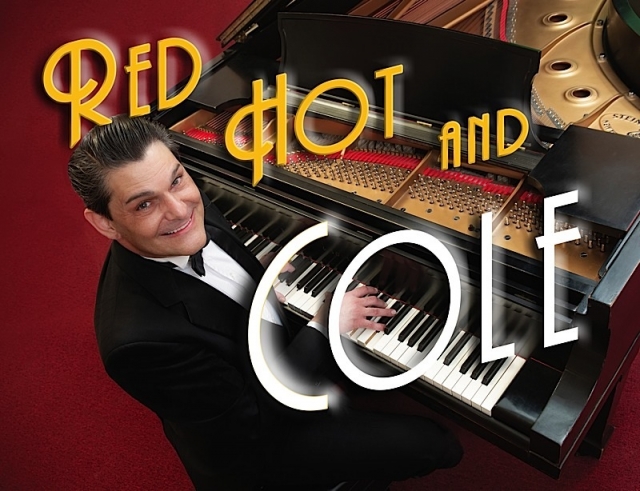