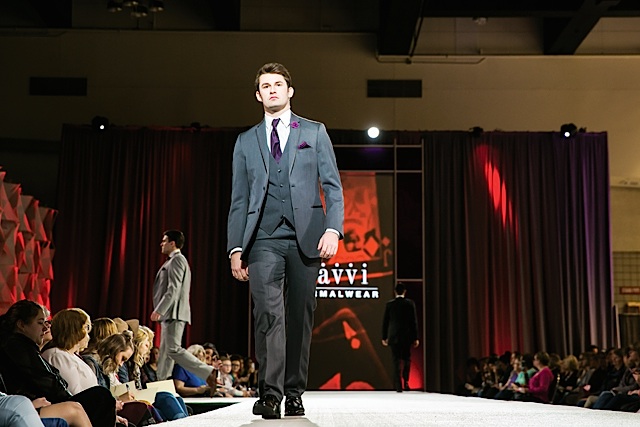 Photos by Lauren B Photography

Tulle and chiffon as far as the eye can see! March 5 marked the eighth time the large-scale Twin Cities Bridal Show was produced in St. Paul by The Wedding Guys.

All eyes were on the Aisle of Style Fashion Show, a multimedia production worthy of New York Fashion Week, as 35 models walked the runway in fashions provided by Mestad’s Bridal and Formalwear, The Wedding Shoppe, Savvi Formalwear, and Luxe Bridal Couture.

In 2002, Bruce Vassar and Matthew Trettel, known as The Wedding Guys, were the first show producers to bring six international designers to the Twin Cities for an elegant evening event called The Wedding Gala. The event featured high-end artisans in the local wedding industry The Wedding Guys considered couture, in other words, people who hand-designed and created authentic work.

“It was during this time we were meeting with Don Jensen of Linen Effect and he said, ‘You two know everything about the wedding industry you are like The Wedding Guys of weddings,’ and it stuck!” Vassar says. “Our goal was to bring wedding trends of the East and West Coasts to the Midwest at a faster pace. Now, with social media, it’s almost instantaneous. We look at weddings and think what ‘can be’ instead of what is trending, because if it’s trending it’s already been done.” 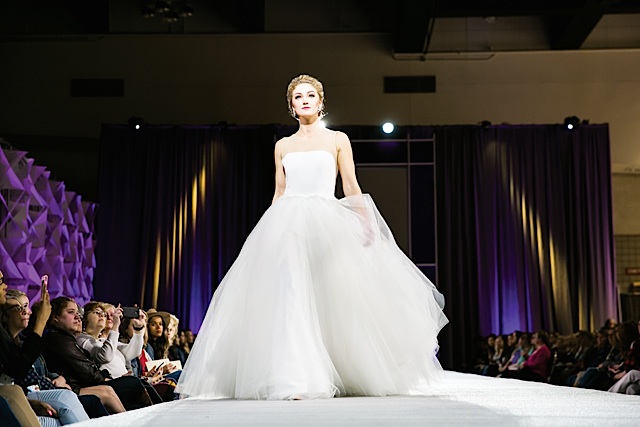 The drawback to following trends is the after effect of inevitably dating your wedding as you look back at the photos as years go by. “You can never go wrong with a ‘classic’ look, it will never date an image,” Vassar says. “The barn scene has been very trendy the last few years, so in time you will eventually look and say, ‘Oh, that was back in 2015.'”

Fashion choices for the big day can date an image, but Vassar says there is really no getting around it. “Classic is always on-trend. A-line and ball gowns will always stand the test of time,” Vassar says. “It’s the fit and flare, mermaid, and high-low gowns which seem to have more of a hills-and-valley popularity,” he adds.

According to Vassar, designs that have been sweeping down runways feature the illusion style or “see-through look,” subsequently causing nude colors to make their mark on wedding fashions to facilitate the illusion. The popularity of the nude pallet paved the way for other colors, like blue/gray, blush, and gold to come on quickly.

Vassar says other trends to pay attention to include fuller A-line gowns that don’t quite spill into the princess ball gown category, longer and detachable trains (“it’s all about the drama, you know”), plunging necklines and low backs, and tulle or chiffon overskirts which can be removed for the reception, revealing the short- or long-form fitted party dress. 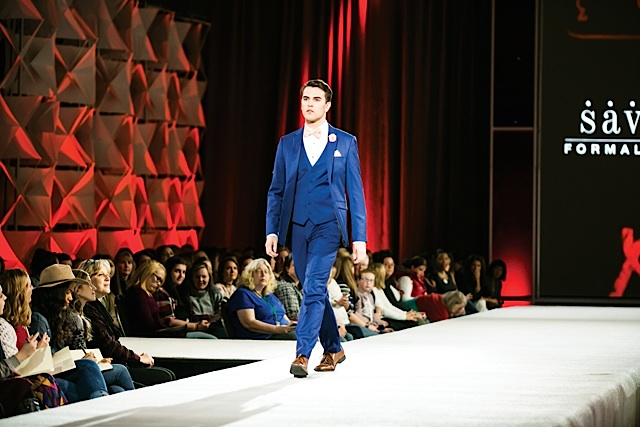 Past seasons saw the appearance of wedding pant suits in the market (indeed, a pant suit was featured in Lavender‘s 2016 Spring Wedding Issue), and they continue to grow in popularity. But what is especially curious to see are gowns incorporating elements from various decades of fashion: cowl backs from the ’40s, sleeves from the ’70s, and long trains from the ’90s.

For those looking to dress more masculine to say “I do,” Vassar encourages you to take note of the fabric boutonniere trend, popular for both suits and tuxedos as well as more colorful bow ties with polka dots, stripes, and floral patterns. But ties don’t get to have all the fun! Patterned socks (sometimes mismatched) are gaining a stronghold in popularity, which translates to a shorter pant leg tailoring to show them off.

Speaking of tailoring, Vassar says the slim fit is slowly being introduced to the tuxedo scene, with thinner lapels. Oh, by the way, the formal tuxedo is making a comeback, but this isn’t your old-fashioned tuxedo. Colors like wine and blue are giving the black tuxedo a run for the money. And plaid, believe it or not, is taking the suit world by storm with a solid trouser or full-on plaid for the entire suit. 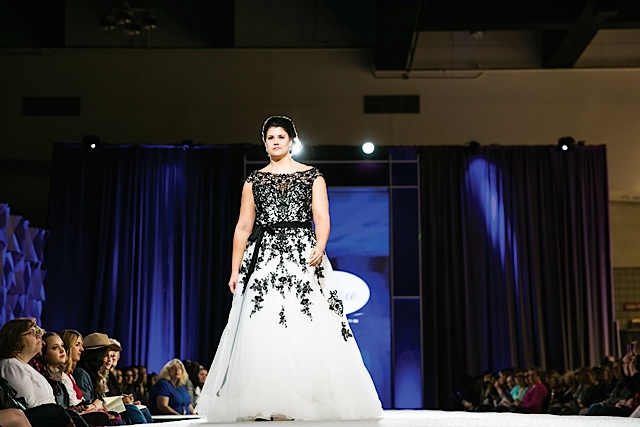 “Trends to us, quite honestly, are things which are going full-circle in time, they are just positioned differently or in a juxtaposition with something more modern,” Vassar says. “Weddings are traditional in the true sense of the word so you will never get away from some aspects of tradition. Trends are always in the visual aspect of weddings and sometimes they are just unique to one wedding and not another based on the likes and dislikes of the couple.”

Ultimately, he says it must be about the couple, “true to each of them as authentic in style as they are unique individuals. It’s not about a specific color or style as everyone has their favorite; it’s what makes a couple unique and tells their story.”

If you missed the Twin Cities Bridal Show at the beginning of March, but you’re looking for more inspiration or want to keep up on wedding trends, mark the calendar. The Wedding Guys have three shows coming up in the fall. 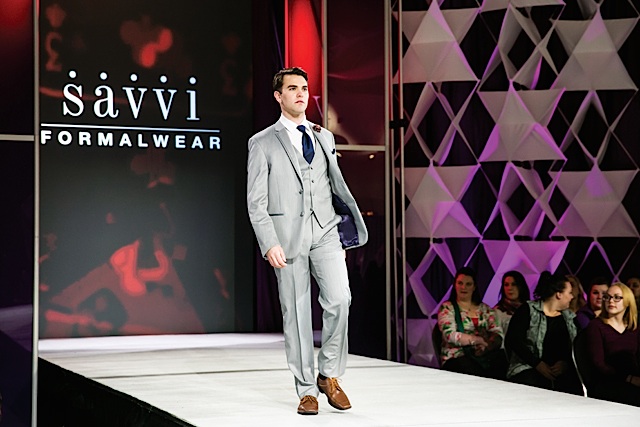 “Our shows have always been gender neutral,” Vassar says, “so same-sex couples will have a great experience too. The Twin Cities Bridal Show is very inclusive […] so don’t be confused by the term bridal (which means a marriage festival or ceremony) because the Twin Cities Bridal Show is for the bride and bridegroom, bride and bride, or groom and groom.” 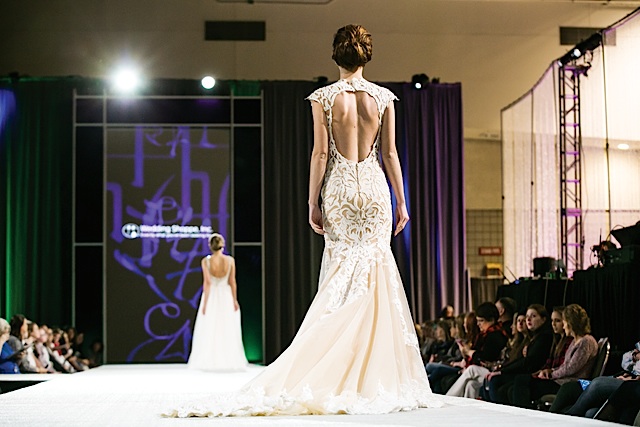 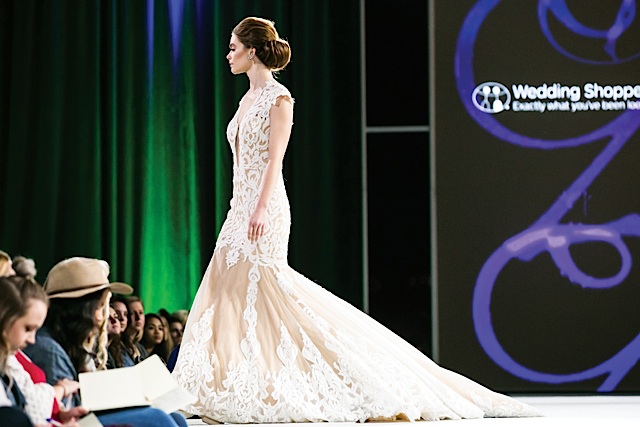 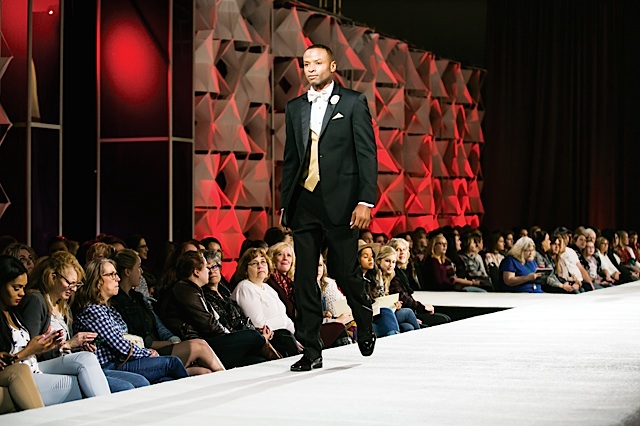 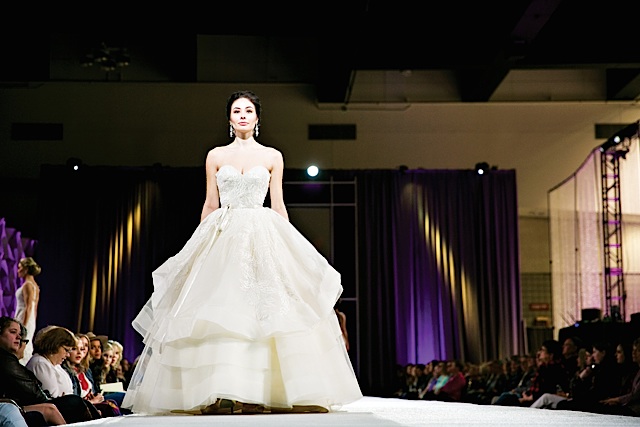 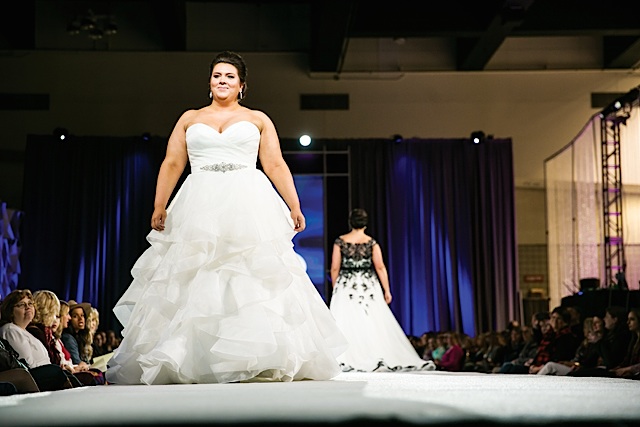 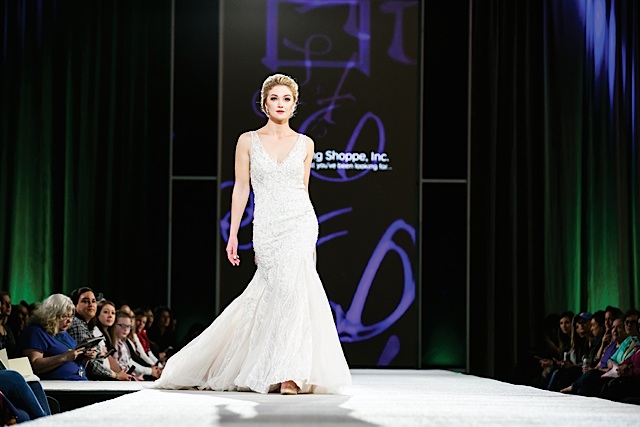