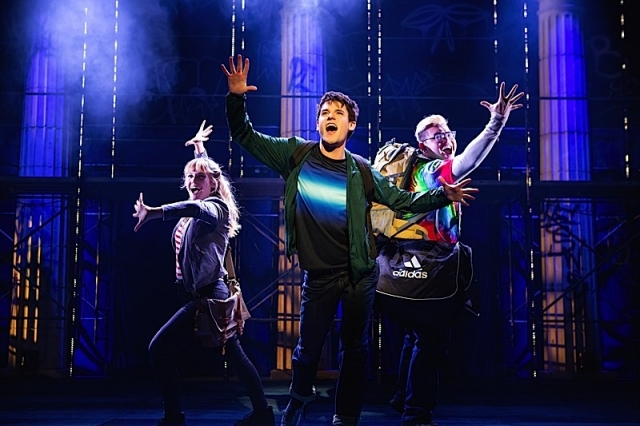 Greek mythology is re-imagined in terms of contemporary teen angst in the rousing rock musical The Lightning Thief: The Percy Jackson Musical. Based on one of Rick Riordan’s enormously popular books from his Percy Jackson & the Olympians series, it speaks to young and older alike with an inspiring and uplifting call to face life on its own terms and toss aside your fears. This may sound cliche, but the Joe Tracz-Rob Rokicki stage treatment makes a compelling case stop licking emotional wounds and go forth into the world despite all its fearful possibilities. Perhaps having the guts to challenge the gods and goddesses by being as Percy puts it, “impertinent”, is what we need to do to build our personal character and make our way forward in life. It is oddly, yet pleasingly reminiscent of Margaret Mitchell (Gone With the Wind) and actually defies the helpless snowflake prototype of being at the effect of vicissitudes, a concept that has taken hold of many millennials today. 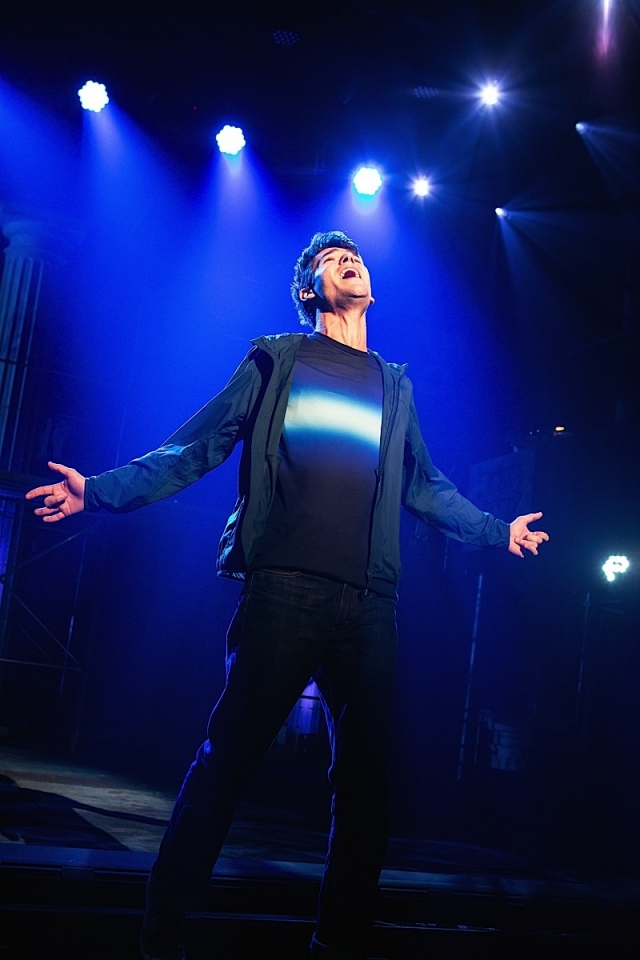 Chris McCarrell delivers a crackerjack performance as Percy in the national tour at the Ordway Center. The actor goes from a starting point of struggling with the sad reality of being rejected by his father until he enters the metaphysical Camp Half-Blood where other teens have been abandoned by their dads as well. The camp name refers to those begotten by deities, yet who are blessed with only half-god or demigod status. Here’s where he discovers that his father was Poseidon, God of the Sea. The show has a tongue-in-cheek dig at dads who don’t take responsibility for the children they sire. 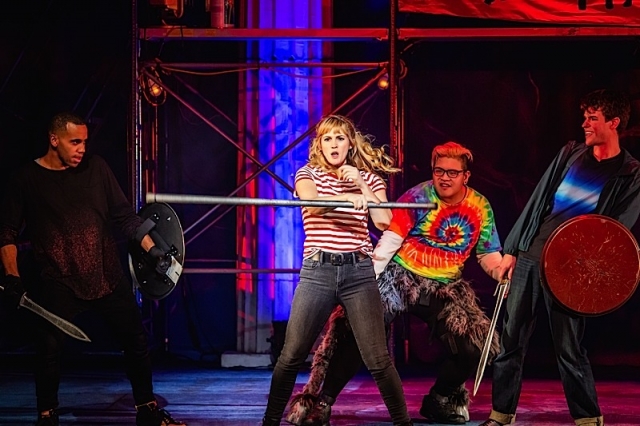 The dynamic cast plays multiple roles as we journey with Percy on his quest to find a lightning bolt stolen from the God in Chief, Zeus. This quest leads him to an understanding of who he really is. Jorrel Javier and Kristin Stokes shine as Percy’s cohorts. Ryan Knowles commands with a marvelously resonant speaking voice in various roles and Jalynn Steele beguiles. She has a quality that is grippingly and naturally reminiscent of Donna Summer. Lee Savage’s scenic design, Ryan Rumery’s sound design, and David Lander’s lighting add high tech dazzle to the experience.