China: From Ming to Mao and More

Look down,” the pilot says, “and you’ll see the Great Wall.”

Gasp! There it is, twisting on forever, like a mighty dragon scaling a land so vast, so old, and—as we soon will discover—so complex and crowded (China boasts one-quarter of the world’s people), you’re guaranteed an adventure. 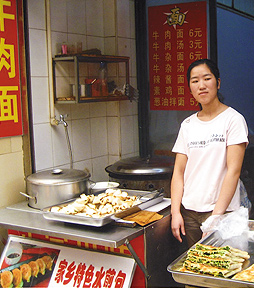 Chairman Mao, in the Cultural Revolution, substituted the greater good for individual striving (which flourishes once again under today’s Communism, as you’ll experience with scads of enterprising vendors). Yet, he also orchestrated horrific hardships on China’s educated class. As we stood in Beijing’s Tiananmen Square—the world’s largest (where the 60th anniversary of the Cultural Revolution was celebrated on October 1)—watching lines of the faithful shuffling past his tomb, we asked several who’d lived though the turmoil, whose teacher-parents had been beaten up and exiled by his teenage Red Guard thugs, for approval ratings of the chairman. They uniformly voted 70/30: far more good than bad.

We passed under Mao’s benignly smiling, larger-than-life portrait into the Forbidden City, a fairytale realm of palaces flanked by stone lions, where 24 emperors held court. But venture beyond the South Gate—so huge, an airplane could glide under—and you’ll discover a different Beijing entirely: old-time neighborhoods, called hutongs, of back lanes from another era, too narrow for two bikes to meet, connecting courtyards where extended families have lived for generations.

Forging onward to visit Beijing’s largest, oldest mosque of 996 AD, I hooked up with a young student who begged to practice his already-perfect English (a rarity in China). He talked openly about the Dalai Lama and limited Internet access, arguing (correctly, I agreed) that media put a spin on those factors on both sides of the ocean. With his adept Mandarin cutting through the miasma of complex directions, we then headed for the city’s foremost Buddhist temple, where hundred of saffron-robed, shaven monks had gathered to sing prayers.

Most travelers, myself included, visit China via a tour group like ours of 18. But do skip out on your own to sneak glimpses, like this, of the China others miss—like jogging around apartment compounds in the early morning, where old folks are practicing tai chi, while others hop on bikes to start the day. In the evening, I slipped away again to a street of tiny shops and cafés for a stint of people-watching in a piazza where parents and doting grandparents pushed their precious single child (China’s policy) in designer SUV-sized strollers. I happened on a café filled with yuppies, Beijing-style, in their ultrafashionable eyeglasses and spiked hair. Bypassing the “fired fish” and “lungs in chili sauce,” I fashioned a feast of stir-fried pork with eggplant, spicy noodles, and a dozen dim-sum dumplings for $7, including beer.

Once on the bus, we headed for a climb (“left side is hard, right side is harder”) on the Great Wall, clogged by Chinese tourists, and created by the Ming Dynasty emperor whose nearby tomb, circa 1368, included all the amenities he required in the afterlife (including 16 concubines buried alive to accompany him). Next, a visit to a Kung Fu school, where future Jackie Chans learned to sever metal bars with a single blow. Honest! We picked up the pieces. Finally, a dream dinner of Peking duck.

Traffic in Beijing and Shanghai—China’s second-largest city of 13 million, where we headed next—is monumental. You show your driver your destination, written in Mandarin by your concierge, and it works—mostly. In Shanghai, seeking an antique mansion-turned-restaurant, we were dumped on a hectic shopping street, clearly not our goal. The fortunate appearance of an English-speaker guided us to a tiny nearby alley where—voila!—the gorgeous mansion materialized, as did a tasty dinner in the company of celebrating locals.

Earlier, I’d ditched the bus for a solo venture into Old Shanghai, hidden behind the panorama of neon-spangled high-rises shouldering the waterfront (take a night boat tour), venturing into twisting alleys of tiny shops and aromatic markets, as well as classic temples lush with burning incense, clanging gongs, offerings of oranges, and fat-bellied Buddhas. Lost in the chaos, I sought my exit, pantomiming walking, and pointing to a street map. Instead, I was taken by the hand, and escorted to the ladies toilet. Twice.

Back on the bus, we visited the exquisite Jade Temple, whose historic statuary was saved from Mao’s raiders by a canny monk who wrapped everything in inviolable posters of the Chairman. Next stop, a seniors center, offering classes in everything from calligraphy and mah jong to English, where we were entertained by a fashion show of 67-year-old glamour-grannies, who could hold their own on any catwalk. Next, lunch with a local family in their typical tiny and rather dismal apartment: 12 delicious dishes ranging from spring rolls and pot stickers to long beans, fried eggplant, and boiled chicken.

Xian these days is a mini-Shanghai, a “small town” of seven million, bounded by broad city walls built by the same emperor who’d ordered up the Great Wall—a formidable ruler who united China’s language, money, and laws, but also burned books, and buried scholars alive.

Today, you can clamber the wall’s ramparts, outlined in gaudy twinkle lights, then muscle your way through the teeming main square to find dinner: one night a Muslim restaurant. Another (after the usual “Where the heck are we?” taxi drop), a 12-dish set menu: spicy noodles with salmon carpaccio; dry noodles with garlic barbecued chicken; sublime lamb shank scented with cumin; and, as finale, sesame-filled moon cakes—all for $15, including our customary beer. A dumpling banquet also proved one of the standouts of the trip, featuring 18 bite-site bundles, each shaped in the form of its filling: a duck, a mushroom, etc. To fit on the bus, I jogged through the Wild Goose Pagoda environs, where a sign politely exhorted, “Please do not trample our lush and fragrant grass.”

Moving on: a visit to a farming family for lunch on their homegrown fare, then a classroom where sweet fifth-graders lined up to chant, “Wel-come-to-our-school [clap-clap].”

Finally, out of the cities and onto the river. The river, the Yangtze. Once churning, we stopped for a side trip to the colossal, and controversial, dam mandated to supply power and stem floods, but also to raise the water level in the ultrascenic gorges, and displace millions of villagers.

The mighty Yangtze has sliced a plunging, green-clad limestone chasm, forming deep (for now) gorges of (and I use the word sparingly) awesome beauty. To slither into smaller inlets, we stepped from the Princess Sheena into sampans poled by six muscle-bound sailors, then a couple of trackers, who pulled us by ropes through ankle-deep water in a landscape straight from an artist’s scroll paintings.

On to Guilin, where our hotel overlooked the lazy Li River. On my morning jog, I passed swimmers girded with inner tubes and snorkel masks in the knee-deep water, along with washerwomen—plus, on an ensuing river trip, a flock of ducks (soon to be a Peking dinner) and fishing cormorants.