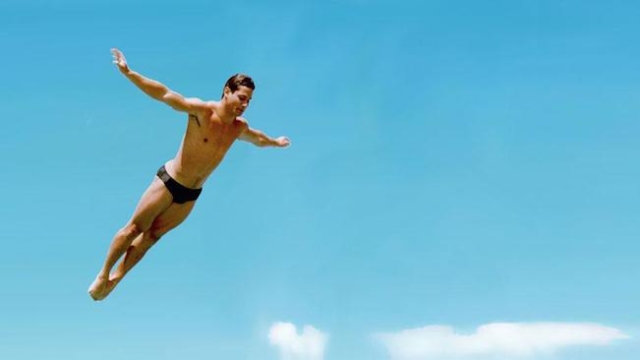 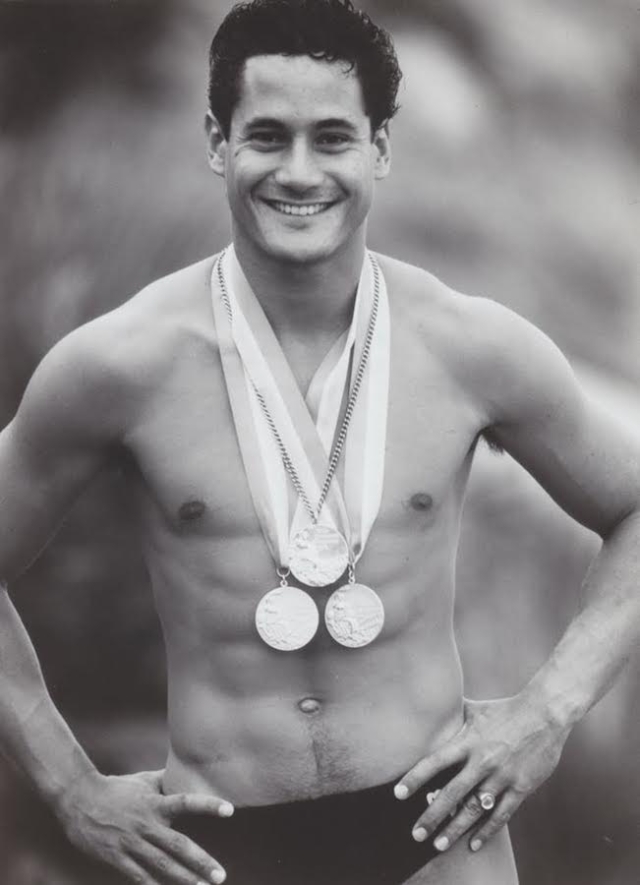 No diver in recorded history has achieved the level of greatness as Olympic diving champion, Greg Louganis. The HBO Sports documentary, Back on Board: Greg Louganis, captivates with up close and personal interviews. It will appeal to audiences across the sexual orientation spectrum and to both sports fans and those who don’t follow sports at all. There’s no way that anyone can deny both his drive, his endurance, his discipline, and his four Olympic gold medals.

Cheryl Furjanic’s magnetic documentary probes his difficult past while always tapping into Louganis’ sparkling personality. He was adopted as a baby and ostracized at school by other kids, sometimes accompanied by racial and gay slurs. He was jeered by slurs from his own American Olympic teammates for being too friendly with the Soviet divers.

We are made present to how Louganis kept his homosexuality secret, though rumors circulated anyway. We go into the period when he learned of his HIV+ status and how he wrestled with how to move forward. In our day of major athletes and other big names coming out of the closet and often praised for it, one can’t help but see how extraordinarily brave Louganis was to come out as gay and HIV+ in the fevered midst of what could be called the AIDS Hysteria Era. For this he took a career and financial hit, as other Olympic gold medalists got lucrative contracts from food companies and restaurants. Louganis’ image has never been on a Wheaties box.

Exploitation by a devious lover-partner and home foreclosure issues are brightly contrasted by a renewed career in Olympic athletics as an official mentor, the devotion of coach Ron O’Brien and a loving husband, Johnny Chaillot. Back on Board also includes footage of Louganis’ majestic dives throughout his life. Don’t even think of missing this film.

Back on Board: Greg Louganis
Debuts Tuesday, Aug. 4 on HBO
FFI: www.hbo.com/sports