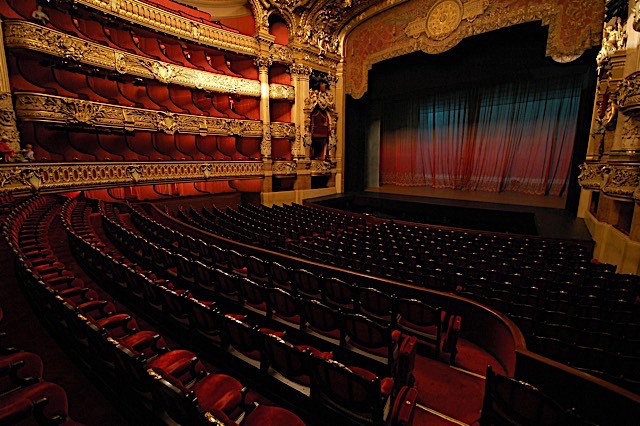 If there were an AA-type meeting for lovers of Verdi, Puccini, Mozart and their ilk, here’s how my confession would go: “Hello, I’m Carla, and I’m an opera-holic.” I’m also a travel writer, so whenever I’m on the road, I look for a local production to supply my musical fix.

The malady started back in sixth grade, when my mother bought tickets to the Metropolitan Opera’s traveling production of “Faust,” held at the U of M’s Northrop Auditorium. It wasn’t love at first aria, however. My cousin and I spent the intermissions hurling spitballs over the balcony rail.

The following year, Mom bought tickets to Wagner’s “Die Meistersinger”—way too lengthy and boring for this 12-year-old. But by the time I turned 17, my new boyfriend gave me the recording of “Rigoletto” for my birthday. Young love spurred me to listen carefully to it, following the Italian words and their translation in the album’s enclosed libretto. I was hooked. From then on, the Met’s Saturday afternoon radio broadcasts were inked in as sacred spaces on my calendar.

Traveling to hear opera began after marrying that boyfriend, producing several children, and living on a dangerously small income. Still, the Duluth opera company was staging “Faust.” We secured tickets but no babysitter, so parked the kids at a movie matinee while we attended the opera matinee. Alas, the featured soprano was indisposed, so a young unknown filled in. Her name was Beverly Sills.

A few years later, we took the train to Chicago to catch a performance of their Lyric Opera. After the final curtain fell, still giddy with delight, we ambled to the nearby Italian Village restaurant for spaghetti. So did the stars of the show, we discovered, watching them file past our table as our jaws dropped into our red sauce.

Chicago’s next season featured Luciano Pavarotti in “Rigoletto.” When, disguised as a student, he visits love-interest Gilda’s home, Pavarotti—never accused of being underfed—knocked over the gate of the fence as he strode through. Unflustered, he went back, set it up again and proceeded through it sideways.

After a divorce, I began travelling to Europe on that famous $5-a-day budget. By stretching it, I could snag standing-room tickets—first, in Vienna, for “Parsifal,” performed on Good Friday. It’s loooong, so instead of standing, I seated myself on the floor at the balcony’s edge. Chastised (in a tumble of rapid German) by an usher, I burst into tears. Even a steely Austrian usher couldn’t stand that sign of a young lady in distress; he kindly let me stay cross-legged on the floor.

Years later, I returned to Vienna and snagged a last-minute box seat. The couple seated directly in front of me cuddled their way through Act 1. Then, during Act 2, a woman burst through the box’s curtains and whispered urgently to the gent, who immediately got up and left. During the next intermission, I inquired of a young German girl next to me if he might have been a doctor, summoned to an emergency? “No,” she replied. “That was his wife, telling him to get out of here and get home!” Better show than the one on the stage.

I checked into my London hotel at 1 PM. The Covent Garden performance began at 2. Tired and jet-lagging, again I stood throughout the show. It was XXL-sized soprano Birgit Nilsson, convincingly shedding veils as Strauss’ teen-age seductress, Salome.

In Rome, I watched the railroad-style clock right above the stage tick ominously onward, well past the 8 PM curtain. Finally, at 8:30, the orchestra filtered into the pit and began tuning. OK, Italian time. But while staying in a small pensione in Venice, the proprietress announced that the street door would be locked at 11 PM, no exceptions. I explained that I had a ticket to “I Maestri Cantori” (Meistersinger, once again), which wouldn’t conclude that early. “Oh, the opera!” she crooned, and gave me the door key. (She also pulled out her ironing board and indicated that I was in no state to appear at the theater.)

In Athens, I spotted a poster announcing that evening’s performance of “Boris Godunov” and secured a ticket. The imported stars sang away in Russian, while the chorus, I discovered, meanwhile sang lustily in Greek.

Visiting Finland, I got a tip from my friend Soile Anderson, a Finn who runs a successful catering business in the Twin Cities. She directed her son in Finland to secure tickets for the premiere of a new Finnish opera, to be held outdoors within the ruins of a medieval castle. During intermission, audience members spread blankets, opened picnic baskets and popped Champagne corks. Soile had arranged, long-distance, for her teenage son to do likewise. What a feast!

In a St. Paul production of “Tosca,” I was among audience members who were surprised (and delighted) to see the soprano—who in the opera’s final moments, jumps to her death off the parapet of a Roman fort—reappear in the air, as inflated rubber mattress bounced her back into view. However, when seeing “Tosca” outdoors in Germany, the soprano on the parapet also refused to die; was hauled up into heaven by a troop of angels.

Visiting New Orleans, I came across the announcement of a city college’s performance of rag-timer Scott Joplin’s opera, “Treemonisha,” that afternoon. Didn’t know he’d even written an opera! I was game and enjoyed the show, which featured a talented young soprano and her love interest: a tree. (Spoiler alert: They got married.)

I’ve enjoyed many, many fine productions of the U of M’s music department, including lesser-known modern works, such as one by bold-name composer Elliot Carter, who at age 100, had a box seat. I applauded a youthful Vern Sutton (now retired) as the young hero in “Albert Herring;” was awestruck at an uber-bloody “Poppea;” and surprised at a work by Mozart, performed, it appeared, on the left-over set of “Madama Butterfly.”

On assignment for a weekly newspaper, I was sent to interview the touring, ever-so-gracious mezzo, Rise Stephens (think “Carmen”), staying at the Marquette Hotel. As we said goodbye after a breakfast in its café, I noticed she’d left her lace handkerchief on the table. I still have it.

Also for work, I was assigned to help out with the after-performance gala dinner for the Met on tour, held in the Crystal Court of the IDS building. Tables for six held place cards. I, by good fortune, was seated next to the diva of the evening, Spanish soprano Monserrat Caballe. Entrees were placed at each table setting; however, no companions showed up to take their seat with us. Mme. Caballe polished off her entrée, then directed me, “Pass me that one.” Finished it, too and instructed me to hand her yet another, until all six plates were bare.

The zoomed Met Opera on Demand got me through the pandemic sans opera-withdrawal symptoms, thank goodness. But what a restorative experience it was to return in February for a live performance by the Minnesota Opera at the Ordway once again. Like coming home….