Charles Dickens Descendant On Stage in a Dickens Theatrical 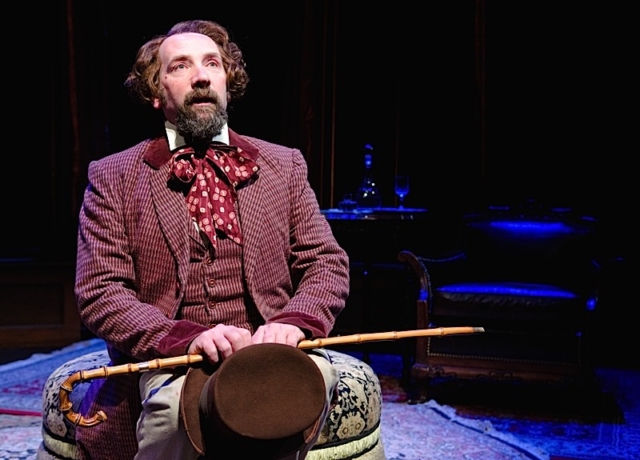 Jeffrey Hatcher, who has written the adaptation for the stage, points out that “No other author has so vividly portrayed cruelty, destitution, and fear, nor their opposites: kindness, charity, safety, and comfort. But if he sounded the call of a radical reformer, he was a radical reformer who believed in the values of the home and hearth middle class. He despised poverty and gross inequity, but he adored good food, fine wine, travel to multiple dwellings, gentlemen’s clubs, and his mistress. He abhorred Victorian hypocrisy and the brutality of capitalism, but he was most assuredly a Victorian capitalist. As George Orwell pointed out, Dickens had a visceral ‘horror’ of revolution. He feared (and exaggerated) the instability inherent in mass movements, likely because his childhood had been scarred by domestic instability.”