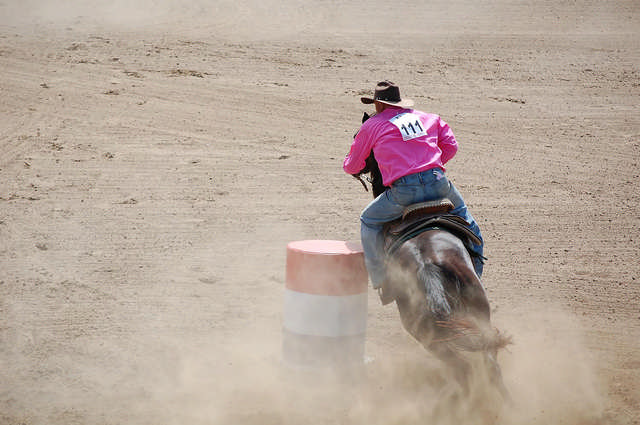 Proceeds from the NSGRA’s 2018 Regional Rodeo will be going towards the Aliveness Project. Photo courtesy of the NSGRA

Sure, you’ve seen a drag show, but have you ever seen drag performers race a live steer across a finish line? This, the Wild Drag Race, is just one of the events offered by North Star Gay Rodeo Association.

Minnesota’s gay rodeo has been a small but lively community since the late ‘80s and ‘90s, when a country-western craze hit the Twin Cities, said current North Star President Colin “Black Bart” Smith. In 1989, a group of Minnesotans went to Phoenix to watch the finals of the International Gay Rodeo Association (IGRA). By January of 1990, the North Star Gay Rodeo Association was the official IGRA chapter in Minnesota, according to Smith. 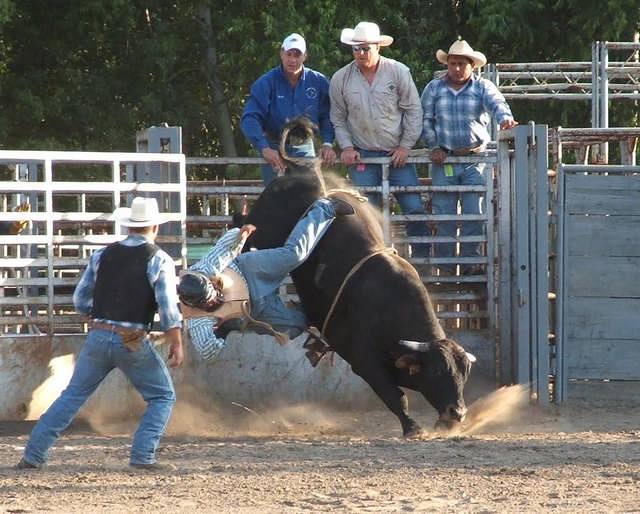 Since then, North Star has weathered ups and down in membership because the rodeo offers something for everyone, Smith said. The leather community enjoys the rodeo aesthetic, bears enjoy the masculinity of rodeo culture, and dance enthusiasts appreciate the physicality of the sport.

Rodeo also taps into the rural and agricultural roots of many Midwesterners, said Corey Blair, North Star Rodeo Director and self-described “farm kid” who wears cowboy boots every day of the year.

“You don’t see a lot of people in the GLBT community that grew up in a country-western lifestyle, but they’re out there,” Blair said. “People can come out to the rodeo to be who they are and not necessarily conform to urban stereotypes.” 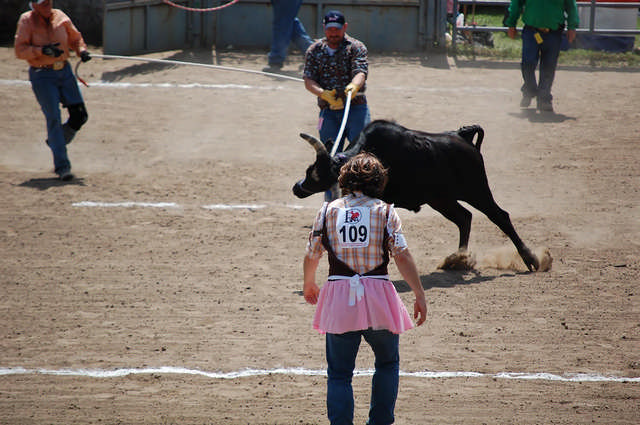 “I grew up in suburbia and my family was like ‘Why are you doing this?’” he said. “I guess I’m an adventurous person and an adrenaline junkie at heart.”

To get that adrenaline fix, North Star’s Regional Rodeo event is held once every two years at the Dead Broke Arena in Hugo, MN, a 30-minute drive northeast of the Twin Cities. The 2018 Regional will be July 27-29, a jam-packed weekend of rodeo beginning Friday with contestant registration and ending Sunday night with an awards ceremony and afterparty at the Saloon.

Traditionally, rough stock events like bull-riding are reserved for men while women participate in speed events such as barrel racing. In gay rodeo, all of the events are open to participants of any gender and always have been.

“We were very open to transgender folks well before it was commonly known and talked about. We were on the front of that movement,” Smith said. 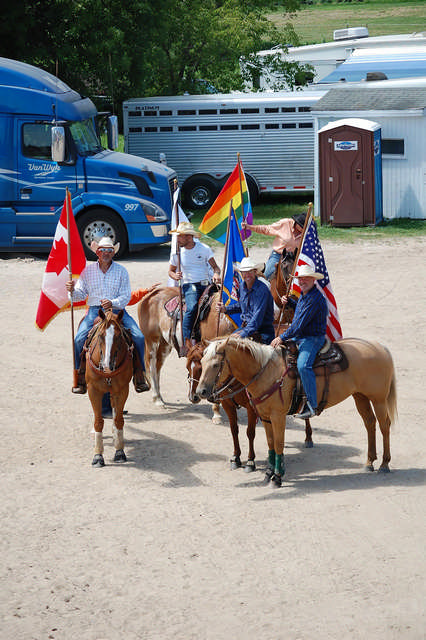 Inclusivity is a crucial part of gay rodeo culture, he explained. That extends to welcoming contestants and spectators at any experience level.

In addition to the traditional rodeo events, North Star also offers campier fun for those who may prefer not to take the bull by the horns just yet. Along with Wild Drag, participants can try their hand at steer decorating and goat dressing, a race to adorn livestock with either ribbons or underwear, respectively.

“I think what makes it exciting is that it’s all-inclusive,” added Gene Fraikes, a native Texan who represents North Star at the International Gay Rodeo Association. “Anyone can do it and have that experience of being in the rodeo arena and having the crowd cheer.”

North Star is also committed to giving back, and proceeds from the Regional Rodeo go to a designated charity. This year, that charity is the Aliveness Project, which supports people living with HIV, offering support, education, testing and other resources. In addition to contributing funds, North Star members serve as community ambassadors to help raise awareness for the charity at other events.

“We think of it as a year-long commitment,” Smith said.

For Twin Cities Pride, North Star sponsors a special tent in Loring Park where festival goers can enjoy live music from the Saddle Sores and learn to two-step.

Smith’s nickname, Black Bart, came from his early experiences two-stepping with other men at the Gay ‘90s at the height of the Twin Cities country craze.

“That wasn’t me dancing with him,” Smith would tell the gossips. “It was my alter ego, Black Bart.”

With his jet-black hair and beard (now heavily laced with silver), Smith said the name stuck, and many in the rodeo circuit still know him as Black Bart. The inside joke is a testament to gay rodeo’s quirky, close-knit community, and Smith wears it as a badge of honor.

“There’s a lot of razzle-dazzle, and it’s very much about the camaraderie. You get to know each other, and everyone has your back,” Smith said.

Look for the North Star Gay Rodeo Association on horseback at this year’s Pride Parade. For more information or to get involved, visit www.nsgra.org