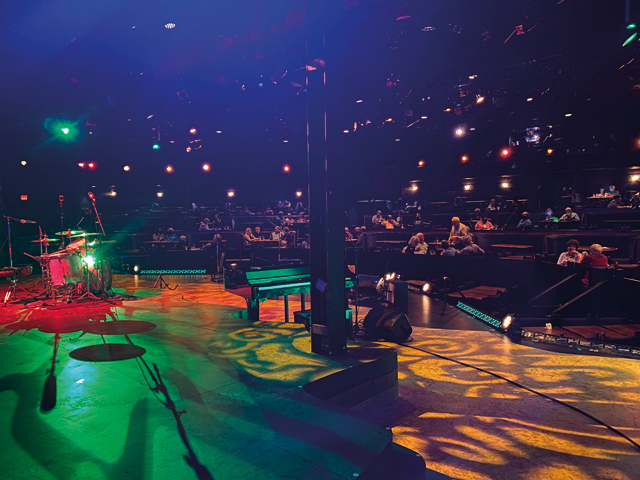 On August 5, Chanhassen Dinner Theatres shared a message with their loyal patrons. Under the guidance from the Minnesota Department of Health and the Governor of Minnesota, many operations at the Chanhassen staple are suspended. This included their performances of The Music Man, which was originally supposed to be their summer blockbuster, running through September. Since then, they have announced that The Music Man will return in early 2021. According to the CDT website, they will continue with Rodger & Hammerstein’s Cinderella,” after The Music Man closes.

While these performances are suspended, as well as Stevie Ray’s Comedy Cabaret, the theatre is still hosting various events including their Concert Series which have moved from the Fireside Theatre, temporarily to the Main Dinner Theatre to maintain social distancing. Guests are still required to wear a face mask when they are not eating or drinking. Below are some that are upcoming:

A Night of Wonder – The Music of Stevie Wonder
September 12, 2020
Wonder fans are invited to this concert tribute by Steveland Hardaway Judkins Morris, where they can jump, dance and sing along to their favorite Wonder hits including, “I Wish,” “Higher Ground,” “Rainbow in the Sky,” “Superstition” and more. With a variety of powerful duets, soothing ballads and his more catchy tunes, Stevie’s journey will play out for audience members.

Takin’ It to the Limit – A Tribute to the Eagles
September 16 – 19, 2020
Featuring the Fabulous Armadillos and the Collective Unconscious, these two combined talents will return for an incredible tribute concert honoring The Eagles. Typically, this concert sells out so CDT is encouraging those who want to attend, not to wait before purchasing your tickets.

River – The music of Carole King, Joni Mitchell & Carly Simon
September 25, 2020
Three of the top Twin Cities female singers will pay tribute to legendary songwriters: Carole King, Joni Mitchell, and Carly Simon. Sara Renner, Deb Brown, and Jana Anderson will sing some of your favorite songs by these three women, such as, “You’re So Vain,” “Natural Woman,” “Help Me” and more.