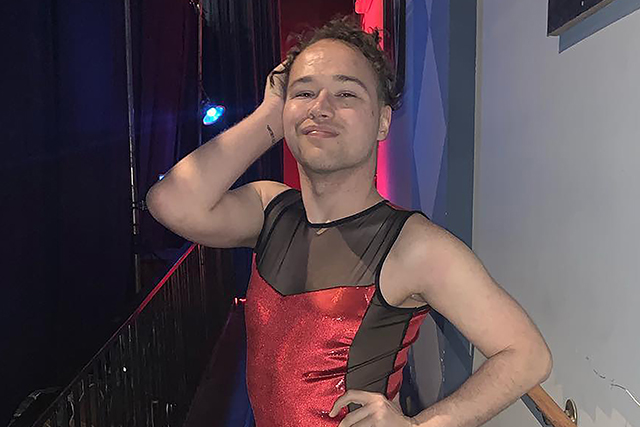 Openly Gay Professional Wrestler Russell Barnes is a Rogue For a Reason.

Why Russell Barnes first connected to professional wrestling, he cannot rightly say.  This is because he was only four years old at the time… but once the connection was made, it was made for life.

“I loved how these larger-than-life personalities were combining athletic talent with theatrical talent,” he remembers, still awed by the bond two decades later.  “It was like nothing I had seen before!” 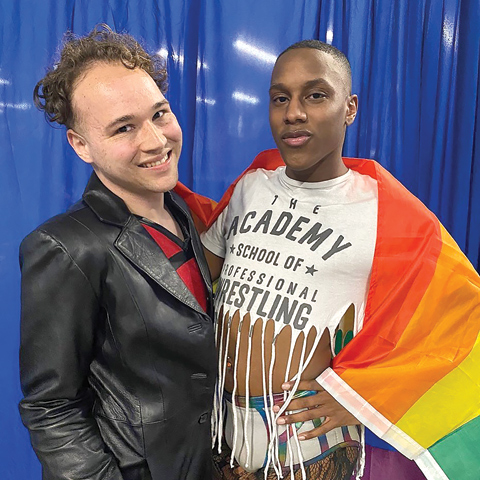 Although the mainstream marquee performers of the 1990s made a potent first impression on the future in-ring talent, the most lasting impression was bequeathed by that era’s female grappling stars.

“You could tell them apart,” Barnes notes. “Being someone who was smaller, who was thought of as sensitive and effeminate, it was easier for me to relate to the women wrestlers. They looked glamorous and also kicked butt.”

Professional wrestling proved to be a dependable escape from a less-than-ideal childhood. As his college years waned, the young fan decided to transition from dreaming to doing… kind of.

“I started in-ring training as a joke, actually,” Barnes recalls. “I met my first trainer on Twitter.”

Even after completing the Academy’s program, the doer-to-dreamer transition remained incomplete:  Barnes’s comparatively slight frame condemned him to the role of wrestling manager. In this supporting capacity, he shouted advice and encouragement from outside the ring rather than engaging in combat within it, a bridesmaid at her best friend’s wedding. Not even allowed to choose his first ringside persona, Barnes found the initial exposure to his dream disappointing. “I felt like I wasn’t 100 percent mentally invested,” Barnes confesses.

He stuck with it. Barnes made it clear that he longed for the opportunity to shine within the squared circle, rather than cheerlead outside of it. When the opportunity was finally delivered, it was accompanied by the darkest of ironies. Barnes admits, “I was one of those people who had their first match before they were ready. I looked like a lost puppy staring into a pair of headlights. I didn’t know what I was doing.” 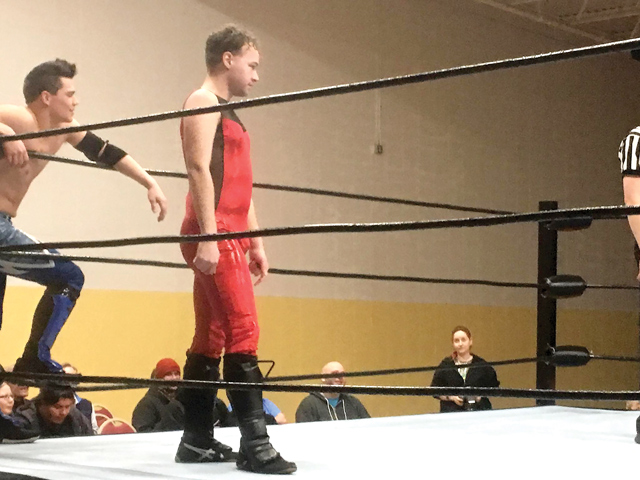 Russell Rogue started his wrestling career as a ringside manager before transitioning into his role as an in-ring grappler. Photo by Annie Medusa

Again, Barnes stuck with it. Once he felt at least some ease plying his in-ring trade, the young wrestler finally began performing under a variant of his own name, re-christening himself Russell Rogue. “I can be a nice person, but you can’t be like that in wrestling,” says Barnes of his heelish (or bad guy) alter ego. “You have to be aggressive. You have to be tough.”

Although his Dorothy-friendly identity was fairly obvious to fans and colleagues, Barnes’s career does not include an overt coming-out moment.

“My sexuality is something I wanted to control,” Barnes states. “I didn’t want to be like, ‘Hi, I’m queer,’ but people figured it out.” And once they did, they did not exactly shower the unseasoned grappler with uniform support. “I’ve been to shows where I’ve been called ‘homo’ or told that I’m in the wrong bathroom,” he recounts. “That hurts.”

As the That-Way-ness of Russell Barnes proved problematic, so, too, did that of Russell Rogue. “It’s hard to be taken seriously as a gay villain,” Barnes notes. “Promoters use straight talent to portray homoerotic characters, but if a queer talent portrays a queer character, then that character is no longer [rated] PG. I don’t think that’s okay. It shows how naive people are about queer talent in professional wrestling.”

Even though the majority of his colleagues have been supportive, even protective, the burdens of authenticity have been been occasionally discouraging and deflating. “There are times when I wish it weren’t a thing,” Barnes laments, “because there are times I’ve had to stick up for myself, and sticking up for myself has gotten me heat in the locker room. It’s damaged my career.” 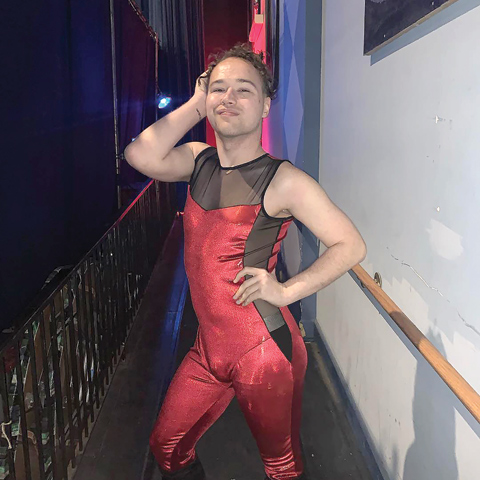 But this personal cost has yielded an affirming return. Barnes’s presence on the independent wrestling scene has inspired the aspiring. He has been contacted, via social media and in person, by LGBTQ wrestling fans, as well as queer would-be wrestlers, squaring a circle of sorts. “I see you,” Barnes reports them saying. “I want to be like you.”

While Russell Barnes can’t say why he got into wrestling, he has no problem telling you why he stays. “Regardless of everything that’s happened, I’m still here for a reason,” he insists. “I’m here to change the game. I don’t want this to be a hobby. I want this to be my career, I want this to be my life. I want to help the next generation along. I know it’s going to be hard, but, as the saying goes, ‘Go hard, or go home.’”