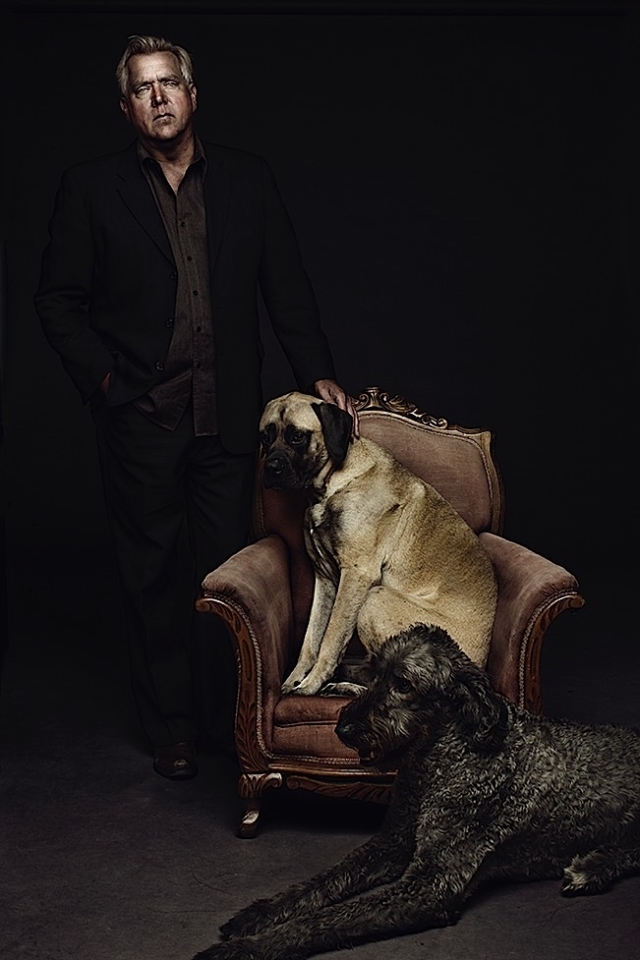 Chan Poling of The Suburbs fame is also the composer of “Love is the Law,” which became the theme song of the Marriage Equality movement. Younger fans most likely know him by his current group, The New Standards.

But many may not be aware that Poling is a remarkable theatrical composer as well. He composed the music for Theatre De La Jeune Lune’s historic Children of Paradise, composed for the musical Heaven at the Guthrie Theater, and is currently working on A Night in Olympus for Illusion Theatre.

However, you can catch what is a Chan Poling musical breakthrough at the History Theatre. It’s Glensheen with book by the world-acclaimed Jeffrey Hatcher. This satirical musical about the murders at Duluth’s Glensheen Mansion in the 1970s is truly an edge-of-your-seat musical comedy.

I spoke with Chan Poling about Glensheen and Love is the Law.

“Love is the Law” has become the signature tune of the Marriage Equality Movement. I read that you were over near Rudolph’s Barbecue when some graffiti caught your eye.
CP: I was walking along the street, just like the lyrics said, and there it was, spray-painted on the wall. Life is tough and the world is an unfair place. And we all struggle. It’s not a new thought but it’s been around for thousands of years. But the idea that love is the answer, and love is the clue for living the right way, it’s just good to remind people of that.

You’re son got married last year.
CP: My son, Chandler, is now married to his husband, Thomas. They got married July 26, 2014 and at that point there were some hurdles and there were a lot of states still fighting against it. It was right around the forefront of the battle in 2013–14. And that was right when they were planning to get married and so it was very important to me. And I think somebody mentioned “Love is the Law” would be the perfect song to kind of offer up to the movement as a theme song. I thought that was a brilliant idea. It wasn’t my idea initially. Then we went right ahead and I wrote Minnesotans United for All Families and Scott Dibble and some of the people that were involved in the real fight in the trenches and we made up a little ad.

It was interesting because I remember contacting the Minnesotans United for All Families and I said, “Use ‘Love is the Law.'” It would be a perfect theme song. And (someone there said) “Ah, no thank you.” And then about 24 hours later someone called and said, “Say, Chan, I don’t know who you were talking to but we are thrilled.” And they put together a lot of different versions of “Love is the Law.” And they used The Brothers Frantzich version for the ad, which showed all kinds of diverse families loving each other and getting along and a little 30 second ad for the movement. They were so thrilled and then thought, “Well now we have to have permission to get the publishing and the licensing together and pay for it.” I said “No, no, no. Just feel free to use it. I think it’s important.” And that was a relief off their mind.

Maybe they thought I was trying to sell it to them or something. It all worked out great. We put up a bunch of T-shirts and I think we wrote several thousand dollar checks to organizations around the country based on the sales of the T-shirts.

I love the uplifting expansive nature of “Love is the Law.” I think it’s one of the best songs of recent years. You actually did the score for a gay indie film in the 1990s: Keith Froehlich’s The Toilers and the Wayfarers. It was one of the first films I ever reviewed. I said it was one of the most beautiful scores in movies. The sound of that score can make me cry, even with no lyrics. What is it about you? You tap into this emotional reservoir that sometimes I feel with Chris Martin and Coldplay and Pat Metheny and a few other figures in contemporary music. Where’s does that come from?
CP: I don’t know what it is and thank you for saying that and thanks for putting me in the good company. The music comes from — I don’t know — maybe it comes from my English background from where my family came from. Bands like Blue Nile, bands like that. That Scottish music. That kind of music. The melancholy. It’s always poignant. I don’t know what it is. It’s something inside me.

There’s often a huge component of art that is mysterious and cannot and sometimes maybe should not be explained. A lot of people don’t know that you have an exceptional background as a theater composer, which brings me to Glensheen, now at the History Theatre. Every single tune worked for me, which is unusual. It felt like an Off-Broadway play from the late 1950s and ’60s in its ambience and its textures — like Skycraper, On A Clear Day You Can See Forever, or The Fantasticks. Every single tune caught me. Usually when I see a musical for the first time, it’s every third tune or so. And if I listen to the score later I grow to like more of the tunes. But every single Glensheen tune was terrific at the outset. Did you work with the actors and collaborate on that and/or with the playwright, Jeffrey Hatcher.?
CP: It was one of those experiences where it just fired on all cylinders. It started coming right out of me when Jeff said lets write a musical based on this story. That sounds like a kind of nutty idea. And so right away I was inspired immediately. I just started writing over a year ago. And every moment kind of came out of a different thing.

At first Gothically, very inspired by super minor key, Sondheim-ish harmonies, and then as it developed it was just an anything goes attitude. You’ll hear gospel. You’ll hear a Sondheim knotty kind of harmony. When the defense attorney tries to convince the jury that it was a conspiracy of the family against Marjorie, I thought, wouldn’t it be funny if she or he was a rock star trying to convince them? So each song came out of a different kind of inspirational [source]. So maybe that’s why they’re all interesting; because it wasn’t written all at once. As each situation came up I was inspired to write something new. I think it all holds together.