Catherine Deneuve in Top Form in “In the Name of My Daughter” – A Mystery Gem from “Wild Reeds” Director, Andre Techine at the Lagoon 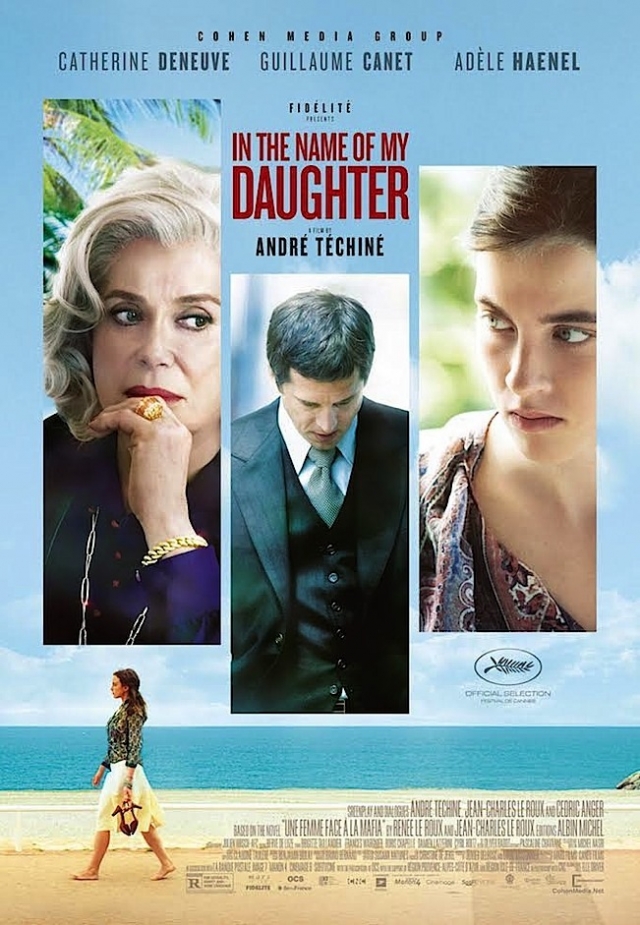 Casino corruption on the French Riviera fuels the engine of In the Name of My Daughter, the compelling new film from director Andre Techine (Wild Reeds). It is no surprise that casino industries everywhere are tarred with shady reputations. But Techine’s film has us deal with what is presented as ethical behavior in an industry assumed to be devoid of ethics and morals. Indeed, ethics may be possible, but perhaps only at a great price. In the Name of My Daughter is a film where you are constantly guessing everyone’s real intentions, like a good page-turner. But on the screen.

Catherine Deneuve, now in her early 70s, convincingly and poignantly plays a woman years younger, Renee La Roux. She becomes manager of a casino where for which she has been a board member. When her daughter,  Agnes (a beguiling Adele Haenel) returns home to Nice from Africa, she demands money from her mother that she has coming to her, fairly enough. But she doesn’t examine what her mother is currently up against.

To my mind, one of the very important “take-aways” of this film is: if you are lucky enough to be born to apparently wealthy parents, or in this case, a parent, it is in your best interest to take a mature approach as early as possible about how they got the money you will benefit from. And what the parent’s current situation. And not just get positional about “my rights!”

What Agnes fails to look at, much less fathom, is the vipers’ nest her mother is increasingly trapped in and she has no appreciation of her mother’s stalwart integrity in the face of that. Renee is a firewall against the mafia and she is committed to the casino employees’ keeping their jobs. In my opinion, it is people like Renee, as portrayed in this film, who keep our civilization from slipping into dreadful disarray.

When Agnes pushes herself onto her mother’s right-hand man, the emotionally arrested, Maurice (Guillaume Canet), her impatience and greed cast the dye for a fascinating look at mothers, daughters, betrayal, and shabby business practices – legal and illegal.

The legendary Deneuve is a splendid benefit to this absorbing film based on a true story. Those who adore her to begin with will be thrilled to see her in such top form. Those who don’t know her will be quite favorably impressed.