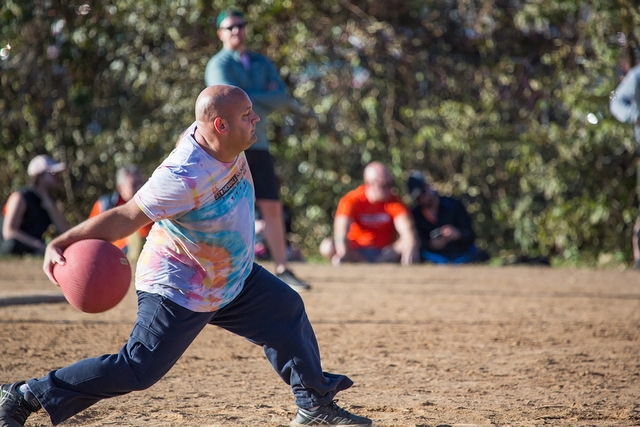 Stonewall Dodgeball is open to members of the GLBT community and allies alike. Photo by brian kekich

Since 2016, Stonewall Kickball Minneapolis has been providing the GLBT community a safe and fun environment to enjoy the games you probably dreaded in gym class. Stonewall Sports was originally founded in Washington D.C. in 2010 as a nonprofit that strengthens the GLBT community and pays it forward by raising money for local GLBT charities. After Stonewall Kickball found great success in Minneapolis, a new game will be entering the scene: dodgeball.

Stonewall Dodgeball Commissioner Alex Asp says he played dodgeball with Stonewall Philadelphia before moving to the Twin Cities. Tired of waiting for the next kickball season to start up, Asp says he decided to pitch the idea of a dodgeball league in Minneapolis, too.

“Near the end of this last kickball season, we were wishing we wouldn’t have to wait until the spring for Stonewall to start up again. I suggested starting a dodgeball season in Minneapolis to keep things going in the winter months instead of lying dormant waiting for spring,” Asp says. “The reactions I got from people were overwhelmingly positive, so I started work on making it a reality with the help of the rest of the Stonewall Minneapolis board.” 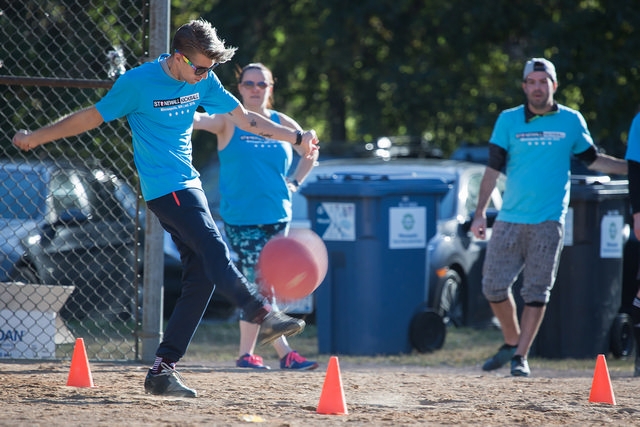 If you’re anything like me, you’re getting nightmarish flashbacks to eighth grade. Your pimply, pubescent self is dodging rubber balls left and right until one hits you square in the face, leaving a red mark for the remainder of the school day. Well, push those memories aside because Stonewall Dodgeball will change your relationship with the sport for good. Once you sign up, Asp says you can ease in with training and a few practice rounds.

“A typical dodgeball season will start with a day for everyone to learn the rules and play in open scrimmages, followed by eight regular-season matches and a single-elimination tournament to determine which team gets to choose our charitable partner for the end-of-season fundraising party. All matches will be on Sunday afternoons, with each team playing one match per week,” he says.

Whether you have a group of sporty friends looking to get in on a friendly game of dodgeball or you just don’t want to go it alone, anyone in or an ally of the community is welcome to sign up.

“We are a league dedicated to LGBTQ+ enrichment, but we do invite our ally friends to join us as well. Anyone who wants to come have a fun and friendly dodgeball experience is welcome,” 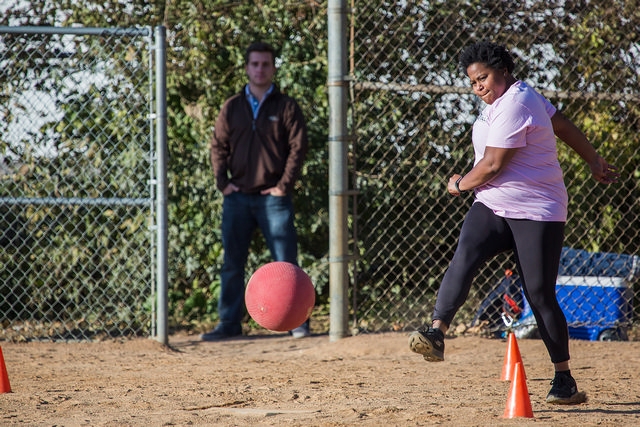 Stonewall Dodgeball tournaments will be held in the Van Cleve Recreation Center near the University of Minnesota campus. Matches will be between 1 p.m. and 4 p.m. beginning Jan. 13. Asp says space inside the gym is limited, but guests are always welcome to watch matches and cheer on their favorite teams.

So whether you’re interested in getting out there and reclaiming the gym floor or sitting on the sidelines and supporting your favorite players, Stonewall Dodgeball is a great way to keep you entertained, even during the drab winter months.

Stonewall Dodgeball teams must have a minimum of 15 players and a maximum of 20 players. Everyone participating must be 21 years or older. Team fees are $40 per player. For more information about Stonewall Dodgeball Minneapolis, visit stonewallminneapolis.leagueapps.com.