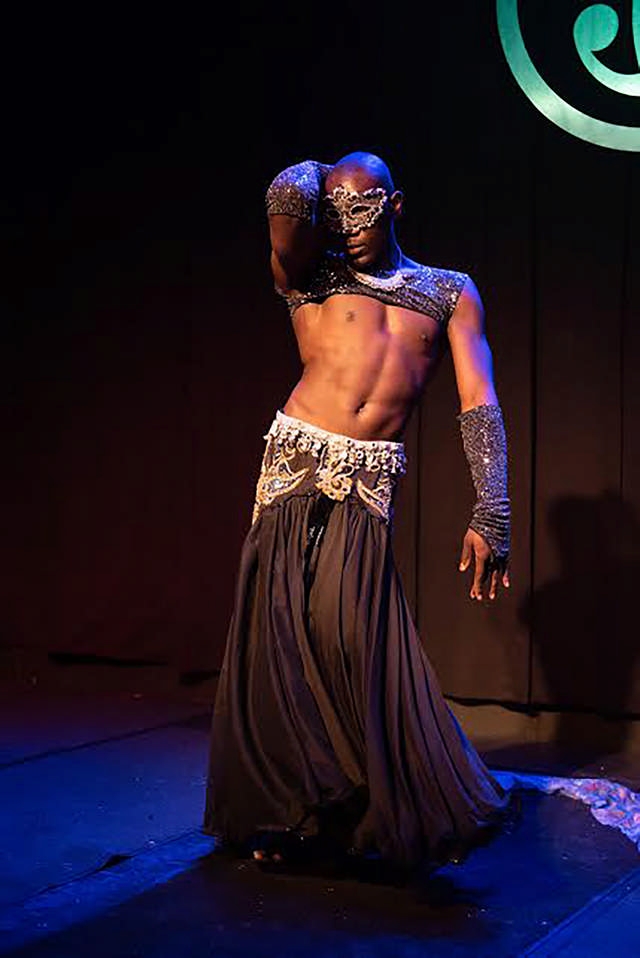 Burlesque performer Amir Kinara lights up the Twin Cities with his unique brand of showstopping storytelling.

When you live with body dysphoria, a mental disorder where you obsessively think about the flaws in your appearance, becoming a performer on stage would be the last job you would take. But that is where the story of Amir Kinara begins.

The Minneapolis resident was born overseas, and after high school, found himself as a stripper in Columbus, Ohio. He had a passion for performing arts and knew that his viewpoint was unique. He knew there was more that he could do on stage.

That’s when Kinara connected with burlesque. And no, this isn’t a story about the 2010 movie starring Cher and Christina Aguilera. Amir Kinara is an up-and-coming burlesque performer. 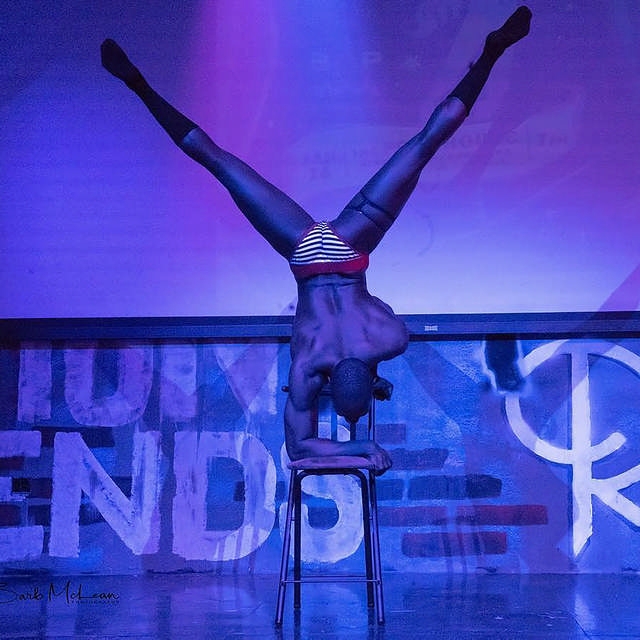 Amir Kinara performs burlesque solo at venues throughout the Midwest and conducts workshops at conventions. Photo by Barb McLean Photography

“To me, burlesque is storytelling,” Kimara tells Lavender. “It can be as simple as telling how you feel in your own skin, it can get political in how you are battling for rights/liberties for those that are oppressed. It can be comedic. It can be dramatic. It can be educational, and even offensive. Burlesque brings another artistic outlet for those that tune into the use of body language.”

Kinara is also a dancer at The Saloon, and he admits the two forms of performance have many similarities. “Stripping is very much focused on physical sexual appeal. The same thing can be achieved with burlesque, but can go as far as your imagination! Burlesque adds the storytelling element. Once you have a story, you find a way to express it.”

To say Kinara was nervous as heck for his first show would be an understatement. “But because none of the performers had seen me, I had nowhere to go but up. The producer of the event immediately started to yell at me, shouting things like, ‘where have you been?!?’, ‘I’m so glad you showed up!’ I was blown away by the response.”

Kinara performs burlesque solo at venues throughout the Midwest and conducts workshops at conventions. He also performs at Can Can Wonderland in St. Paul the third Saturday of every month during a show called Queer Circus. He performs for “Bi-lesque”, a fundraiser for the Bisexual Organizing Project.

Working as a burlesque dancer is not easy. “I think the most challenging part is trying to perceive your future audience,” Kinara tells Lavender. “You can have an amazing costume, perfect music and the best routine, and still bomb at a show if your audience isn’t into your art, let alone being prepared for it.”

As a person of color, Kinara battles against more than just pleasing an audience. “I just wish people would understand that because of the racial stigmas that have been placed in many communities across the U.S., many of us POC performers work twice as hard to achieve the same result of appreciation for our craft, which is already strained because of body conservative standards we’ve been ‘trained’ to adhere to.”

But although it has it challenges, Kinara loves the art. “My rewarding moment is when someone is able to come to me after a performance and say that they ‘get it’. They see the story that I’m trying to convey, and it makes sense. It makes them question their reality. It makes them focus on something they are avoiding to go ahead and tackle it head-on. It makes them feel okay to own their feelings and finally feel comfortable with who they are as a person.”

The future looks bright for Kinara’s career. “I see myself progressing to more international performances,” he says. Kinara would love to become a donor to organizations benefiting people of color, along with the trans community. A main focus for him is to provide educational workshops that aid in coping and resolving situations affecting personal body acceptance and positivity.

Burlesque is not the only activity Kinara does to keep busy. He also performs as a belly dancer, aerialist and pole dancer. On top of that, he’s a certified Zumba instructor.

Kinara tells Lavender that burlesque is uncommon and performers can bring something to the plate that no one else is doing. But more importantly, Kinara says it is needed. “Someone in the audience needs to hear the story.” You can connect with Amir Kinara on Facebook at www.facebook.com/CelesMusician.