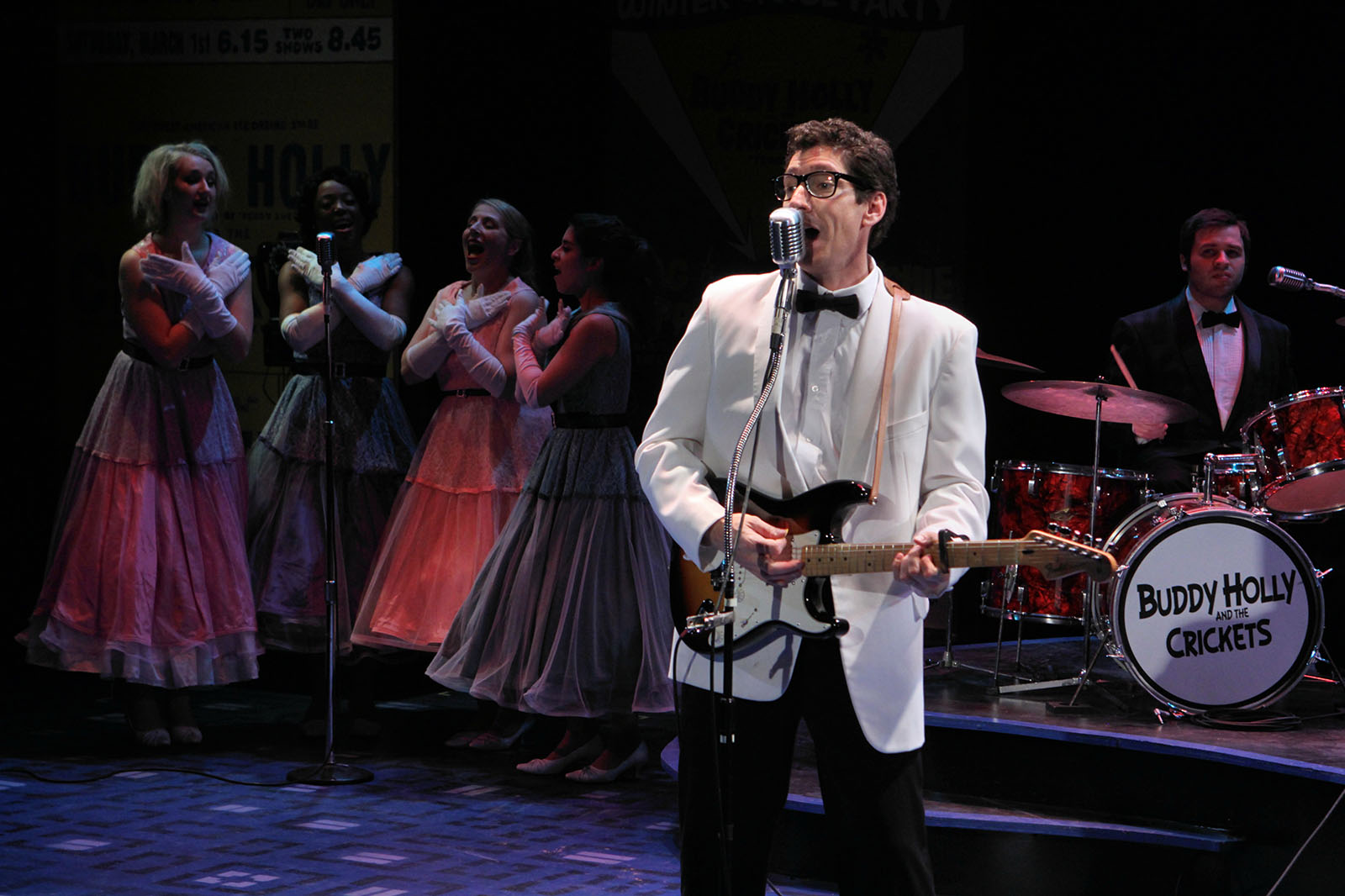 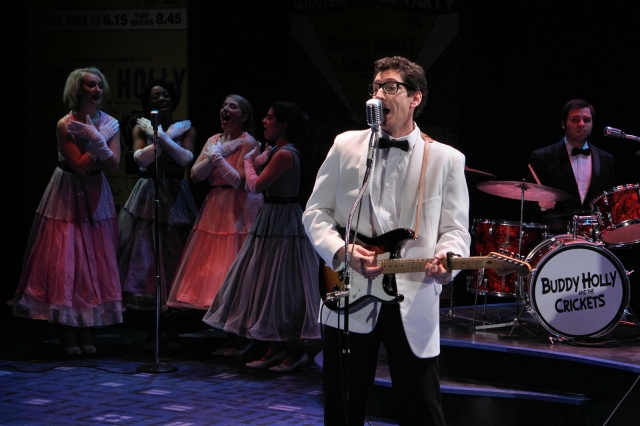 The History Theatre’s charming revival of Buddy – The Buddy Holly Story captures the look and zeitgeist of the late 1950s when rock ‘n’ roll was coming into its own. Alan Janes’s musical showcases Holly tunes recorded between 1956 and 1959 when he died in a plane crash near Clear Lake, Iowa.

Nicholas Freeman reprises the title role with wonderful vibrancy and detail to Holly’s look, carriage, and voice. He conveys the changes in Holly’s life as he goes from hometown Lubbock, Texas to record at the Nor Va Jak studio in Clovis, New Mexico. And from then onto the fast-paced recording industry in New York where a stint at Harlem’s Apollo Theatre makes for hilarious and heartwarming interracial humor. Holly’s fateful trip to Iowa is bittersweet.

The rock n’ roll spirit lives through Jan Puffer’s choreography and Gary Rue’s music direction with input from Andrew Fleser. Blake Foster, Ryan Janssen, and Zach Spicer crackle and pop as Holly’s band, The Crickets. The effect this has on the audience is uplifting and dynamic.