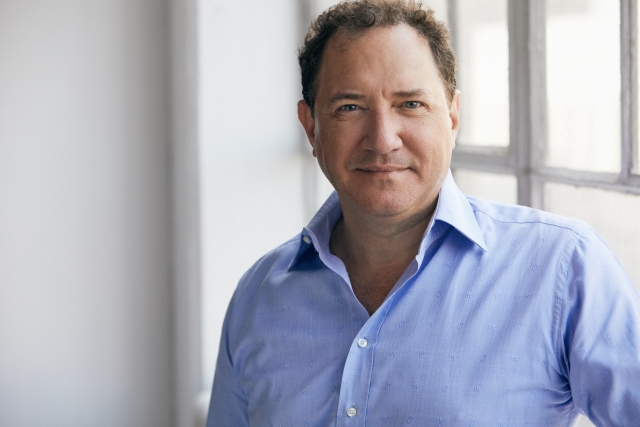 When the Twin Cities met Kevin McCollum in 1995, it was a big enough event as it was. He had been appointed president and CEO of the Ordway Center for the Performing Arts. However, at about the same time he was becoming the brightest luminary in world theater because of his involvement with a groundbreaking musical whose title you may have heard of: Rent. You could actually feel it in the air in those days. Rent was the musical that shifted consciousness about previously off-limits subject matter being both acceptable and popular in Broadway fare. That subject matter had to do with various queer identities, impoverished artists, drug addiction, and HIV/AIDS.

For Rent, McCollum won his first Tony Award the following year in 1996. His second was for Avenue Q (2004) and his third for In the Heights (2008). All works boldly challenged social norms and were box-office blockbusters. Moreover, McCollum has been a vital producing force behind other Broadway smashes too: Motown the Musical, The Drowsy Chaperone, Baz Luhrmann’s La Boheme, and the 2009 revival of West Side Story. These shows’ Tony, Olivier and Grammy wins and nominations will make your head spin!

Over the past few years, local audiences saw two hilarious McCollum gems—Something Rotten and The Play that Goes Wrong—presented by the Hennepin Theatre Trust. His current New York smash, SIX, plays the Ordway starting the evening after Thanksgiving. In addition, he has been a champion for the Jungle Theater’s current vision, Ride the Cyclone. This fetching small scale musical is a feast of the imagination that portrays choir singers killed by a roller coaster accident. What makes it truly off-center, is that they take the stage after their deaths to participate in one of the most bizarre competitions conceived in theater history.

For all that glory he has well earned, McCollum has never lost touch with regular folks. They are the reason he produces. During his time in St. Paul, McCollum broke the elitist mold and reached out in directions many arts organizations and populations had not reached out to—Minnesota Association of Community Theatres (MACT), to Lavender Magazine in a time when there was a higher degree of GLBT marginalization than today, and he became aware of the diversity and dynamism of Twin Cities neighborhoods. The Ordway president and CEO foresaw the direction society was going.

McCollum also co-founded the prestigious The Booking Group as well as The Booking Office. In 2011, he created Alchemation, a theatrical and media producing company committed to new work. These have also served as instruments for expanding the reach and influence of theater with a conscience.

I spoke with Kevin McCollum for the first time in over two decades. I was intrigued by his interest in a smaller Twin Cities playhouse producing a unique show which he has been associated with. The last time I recall seeing him was back in the 1990s when he and then-St. Paul Mayor, Norm Coleman, were featured speakers at an event about bridging communities through arts and business.

JT: What made you work with the Jungle Theater for Ride the Cyclone?

KM: I’ve known the Jungle for a long time. I’m very impressed with Sarah (Rasmussen, Artistic Director). A few seasons ago, she did Hand to God, which was one of my plays. And I just love the intimacy. The Twin Cities have so many wonderful, wonderful theaters, and I deal a lot on the Broadway touring houses and my (time) at the Ordway, so I know the Twin Cities very well and it’s a very smart audience, a very appreciative audience. The neighborhood right there really supports the Jungle. It’s intimate. And Ride the Cyclone is this wonderful hybrid of a musical that has a unique vocabulary and it has yet to be on Broadway but needs to be seen. It’s a very powerful show and the Jungle is a place where people go to be surprised. And one of the most important things for me as a theatergoer is to go to those institutions that continue to surprise you. And Sarah and her organization represent that in the Twin Cities beautifully. 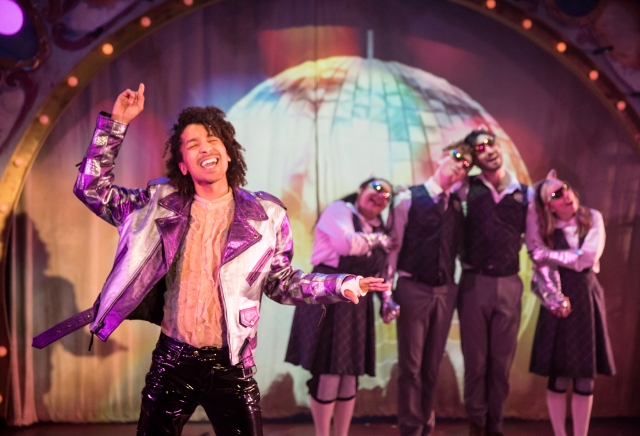 JT: How do you see Ride the Cyclone in the trajectory of American musical theater?

KM: I actually go back to Beckett, Pirandello. I go to a mash up with our infatuation with contests, contest theater, reality television and our age of constant reflection of self. I was born and raised in Hawaii. I’m a single kid. My mom died when I was 14. So death has always been a motivator for me. I learned at a very young age we’re only here for so long. So I think that developed a certain gratitude and appreciation and urgency. And this musical, I think, captures all of that. If you were going to commercially try to create a headline for it: a lot of people feel it’s Glee meets Forever Plaid meets Rocky Horror Picture Show. It’s a mashup (as with) Hamilton. Any time you can get artists who take culture and create new vocabularies within the existing vocabularies I get very excited about that.

KM: I think what it is for me is I have an artist’s heart. I was an actor, so I like to challenge myself. I don’t do this for the money. I’m not afraid of risk. I look for something I’ve never seen. One of the reasons I did White Christmas in ’04 was because I had just had children. I had done Rent, Avenue Q, De LaGuarda and things that were very, very much more adult-themed evenings, and I thought “you know, I’d love to have a show that my kids could come see—before they’re 15 or 14.” So that’s kind of what attracted me to White Christmas, and the challenge of taking one of the most beloved movies on stage and luckily we had the most brilliant cast in ’04 with Brian d’Arcy James. It was just amazing and magical.

When you have people like that, who are also starting their careers. and I’m starting my career—that’s what the real gratifying thing about my career is—the people who I’ve met who were all working hard to get on on the way up and actually seeing all the success, whether it’s Lin Manuel Miranda or Brian or Idina (Menzel) or Taye (Diggs) or any of those people who have continued to go on to influence our culture. That’s the commerce I really work in: those relationships. And if you get it right, then of course hopefully you’ll make money and not lose it on the risk you take. But if you’re really going after the money it’s a recipe for failure.

JT: What’s coming up in the near future for you?

KM: The wonderful thing about this terrible time we’re in is there are things to write about. Hopefully, what our politicians will realize—because I think plays and musicals, movies, art work soften us up emotionally so that we can change the world. I really think it’s that powerful. So one of the things I’m hoping is that—and Minnesota understands this—we’ve gotta get arts back in the public schools. I love talking about competition, but the problem is we’re spending too much time with young people just in sports models. Even our television is that. And then they grow up and become senators and congressmen and presidents. And then people realize, oh it’s just a sports model! But when you’re actually leading civilizations in a post-nuclear world, sports model doesn’t work.

What works is storytelling. Our constitution is based on a three-legged stool. With (theater) it’s all about music, lyrics, words. You need playwrights. You need the actors. Everybody has to collaborate. I believe theater is an intrinsically collaborative model and should reflect our culture—even though I love sports. But sports is a game and theater is actually reflection of self. So I think it will only get stronger. It is one of the few businesses that you can’t pirate. Friction economies where people put rubber to the road to show up in neighborhoods.

Churches are no longer our destinations as much as they used to be. But theaters are becoming more popular because people respond to the storytelling and live human beings in the group together. That’s how you build family; that’s how you take care of your own and that’s also how you understand the outside world. So I see much more diversity. I’ve seen stories around the world and I think (in terms of) global titles. Mrs. Doubtfire is coming up. Why? Because there’s such an appetite in different parts of the world for the musical—which is an American art form, because it is a collaborative art form. It’s an art form based on immigration from Irish storytelling, British music halls, African influences, and of course the Yiddish theater which has taught us how to be self-deprecating.

So there’s all this wonderful influence we have in this country that creates a musical. And I’m going to spend the rest of my life trying to get musical storytelling throughout the world because there’s an appetite for it. And I think cultures will think differently if they’re exposed to some of the shows I’ve produced. That’s my hope. So diversity and storytelling that’s relevant, that reflects the time we’re in. That’s my hope for the theater.
Ride the Cyclone
Through Oct. 20
Jungle Theater, 2951 Lyndale Ave. So., Minneapolis
(612) 822-7063
www.jungletheater.org
SIX
Nov. 29 – Dec. 22
Ordway Center for the Performing Arts, 345 Washington St., St. Paul
(651) 224-4222
ordway.org