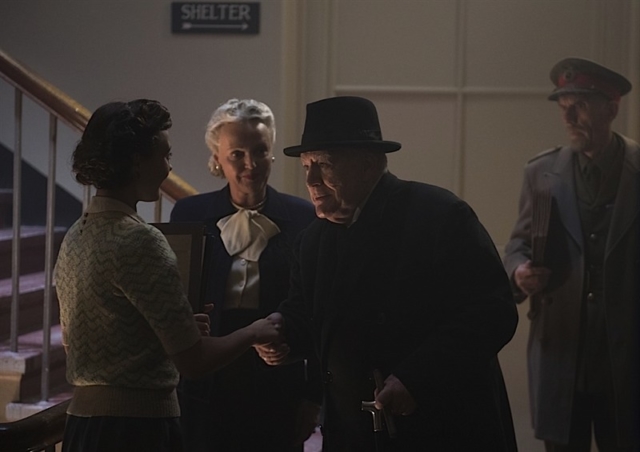 The new biopic, Churchill, focuses on the period leading right up to the Allied D-Day moves on Normandy 73 years ago this month. Writer Alex Von Tunzelmann and director Jonathan Teplitzky have depicted those days to reflect what is essentially a nervous breakdown experienced by the great Prime Minister who led Great Britain through its darkest time.

It is difficult to determine if they have an agenda against the memory of the man or if they are simply creating a harsh portrait of the way many of us, no matter what our status, continue to impose a mistaken view of the past onto the present. This is a standard, common human foible In this current political climate, that is what I took away from it. And I still think Winston Churchill was a towering figure who free peoples should truly appreciate.

This owes to a thunderously powerful performance by Brian Cox in the title role. Moreover, he finds beautifully vulnerable softer moments. Von Tunzelman has given him natural dialogue that actually leans poetic in ways reminiscent of Shakespeare. The writer has infused a sense of Churchill feeling an actual connection to the fabled kings of English kings of centuries past. It’s as if he feels himself as a steward of that legacy, as well as of liberty. 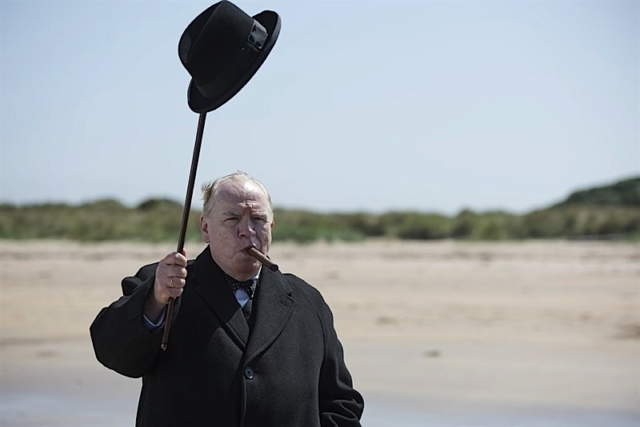 Churchill is known to have been fiercely skeptical of the plans U.S. General Dwight Eisenhower put forth for the Normandy landings. British Field Marshal Bernard Law Montgomery was also at odds with the Prime Minister on this point and supportive of Ike. John Slattery, utterly iconic for his Roger Sterling character in Mad Men, is regrettably miscast as Eisenhower. He understands and respects the role but doesn’t fill it out thoroughly. (Did you know that Tom Selleck actually portrayed that great general marvelously in Ike: Countdown to D-Day, a 2004 television film?) Julian Wadham’s turn as Montgomery seems a bit arch but one segment where he encourages his troops is absolutely spine-tingling. It creates a sharp moment wherein Churchill doubts his own certitude.

Miranda Richardson is steely to the point of cruelty in moments as Churchill’s stealthy wife, Clementine. Whether this is accurate or not, I don’t know. At some points her complaints seem too contemporary, as if pulled from recent therapy jargon. That said, Churchill as portrayed here was abusive at points and that behavior seems to have been rooted in credible psychology under the high-pressured circumstances. If so he certainly needed to be reined in. In sum, Richardson gives a striking performance that stands toe-to-toe opposite the powerful Cox. They have mutual moments that are absolutely thrilling. Both should be Oscar-nominated next year.