Boys Take On The Patriarchy! — Delight-Filled “Newsies” at the Orpheum 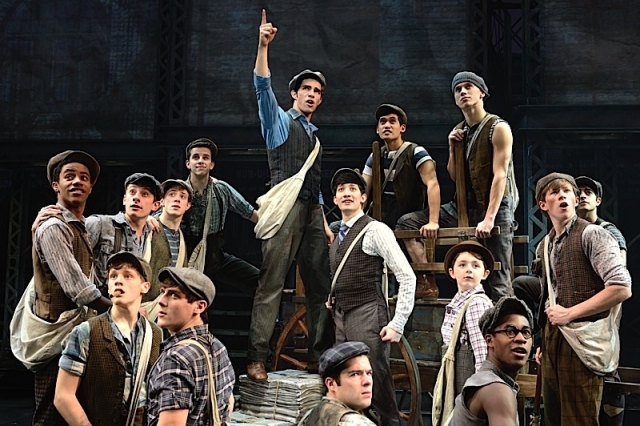 The New York Newsboys Strike of 1899 is the inspiration for the Disney stage musical, Newsies, now delighting audiences on its national tour at the Orpheum Theatre. The 1992 film with Christian Bale was a favorite among the generation now in its 30s, not to mention, for us older folks who love to see virtuous kids take on bitter and twisted men. The stage version has retained the joyous power of the film with the added benefit of Christopher Gattelli’s thrilling Tony-winning choreography. The largely youthful ensemble captures a dance spirit that seems to draw from Jerome Robbins. 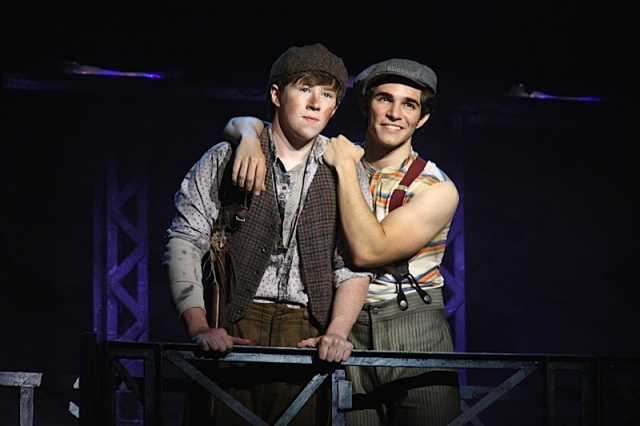 Magnetic Joey Barreiro as boyish labor leader Jack Kelly, is a mercurial bundle of adolescent energy channeled toward a righteous end. You can’t help but root for him. When exploitative publishers William Randolph Hearst and Joseph Pulitzer seriously cramp the boys’ barely subsistent earning power, the desire to strike is fully understandable. Of the two, Pulitzer (nicely underplayed by Steve Blanchard) is the core bad guy. Thanks to Citizen Kane, we are generally apprised of Hearst’s nefarious ways. But Pulitzer’s legacy is typically seen as superior because of the Prize.

The endearing Zachary Sayles tugs at the heartstrings as Crutchie, the disabled young newsie who gives his all. Stephen Michael Langton gives a winning turn as Davey, the youngster who comes into his own to shape the intellectual base of the movement.