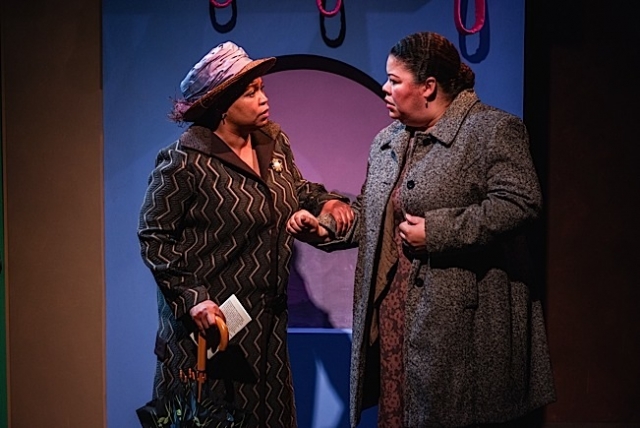 The Gospel of Lovingkindness is a wrenching drama about the devastation of gun violence in poor and working class communities, particularly those of color, and the grief of those left behind. The setting is Chicago, where gun violence among black youths has increased to a horrific level. Playwright Marcus Gardley forcefully confronts the apathy, the resignation, the entrenched fear, and organized crime structures, as well as the legal job market, that propels such cycles of violence. Marion McClinton has directed a powerful production at Pillsbury House Theatre. 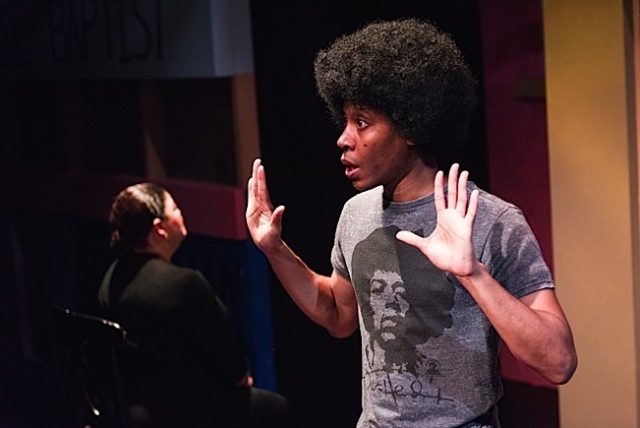 Bryant also stirringly manifests the spirit of 19th century black civil rights activist, suffragist, and journalist Ida B. Wells. James A. Williams is striking in various roles but is especially impressive as he plays two roles that personify the two economic options most visible to naïve youngsters: the exploitive low pay Walmart option (wage slavery) and the seductive organized crime option with its false promises of material excess and identification. 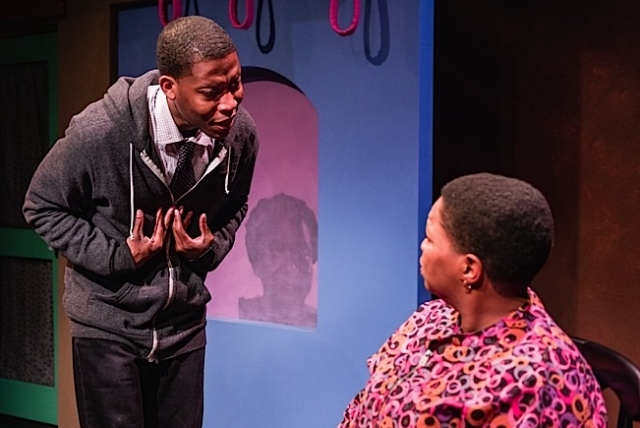 Petrus gives a magnificent performance as Mary, the mother who loses the son with a promising future. Mary is a unique role wherein a woman becomes brutally realistic and honest with herself and others about how the entire society is set up to make youth disposable. She doesn’t see this as a problem defined by race or political parties or any other of the usual reasons that most people tend to default to. She comes to see it as an unloving collective unwillingness to step up to the plate and make a difference on a massive yet individual scale.