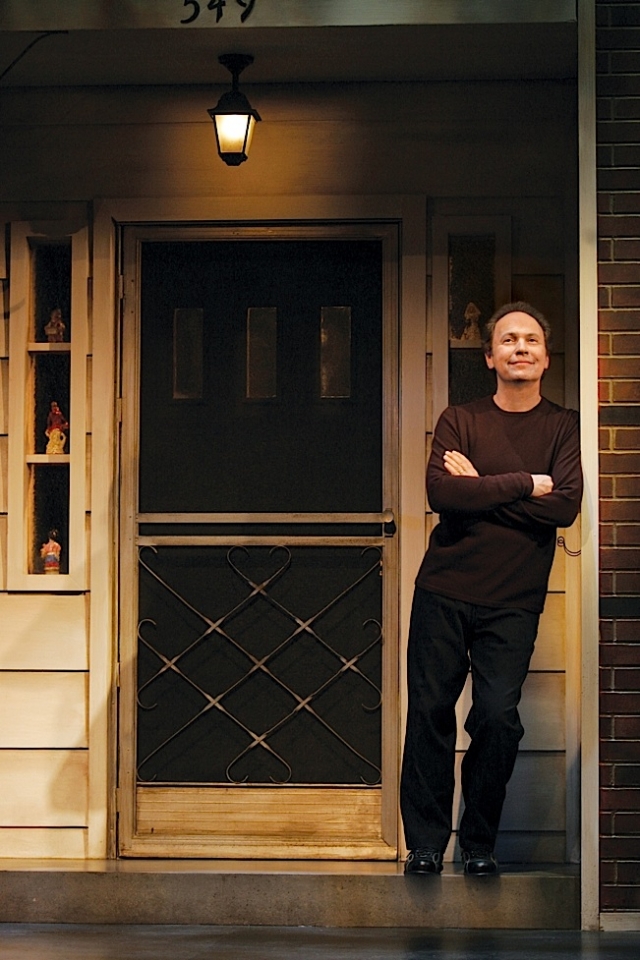 They say it’s MAAAHHHHVELOUS!!!! Billy Crystal is now at the State in the one man show, 700 Sundays, for which the New York Post dubbed him The King of Broadway. It won the 2005 Tony Award for Special Theatre Experience and the 2005 Drama Desk and Outer Critic Circle Awards for Outstanding Solo Performance. Still going and selling strong on tour, Crystal celebrates his family with effects that include home movies shot on an 8-millimeter camera. Reportedly the backyard barbecue scene is something very special. It’s been directed by Broadway veteran and legend, Des McAnuff. But what makes this piece something beyond the ordinary is its amazing awards reception. Alot of big stars do one-person shows and capitalize on their name. The audiences feel honored just to be in whichever star’s presence. But relatively few one-person shows go on to get the top accolades of the theater realm. Lily Tomlin, Elaine Stritch, and some others have done so. And Billy Crystal entered that pantheon with 700 Sundays. Presented by Hennepin Theatre Trust.