The January sleet was merciless. Actually, I’m not certain it was January. The entirety of last winter felt like a January, but it was disgustingly, brutally, irritatingly cold as I shuffled inside Chef Shack Ranch. A blast of warm air and brisket perfume immediately began to thaw an ice-hardened anger I’d worked up. The outside might have been a hail of frozen everything, but inside was a hearth of hospitality. The hearty food and a velvety bottle of wine was enough to fortify me for a few more months of winter. 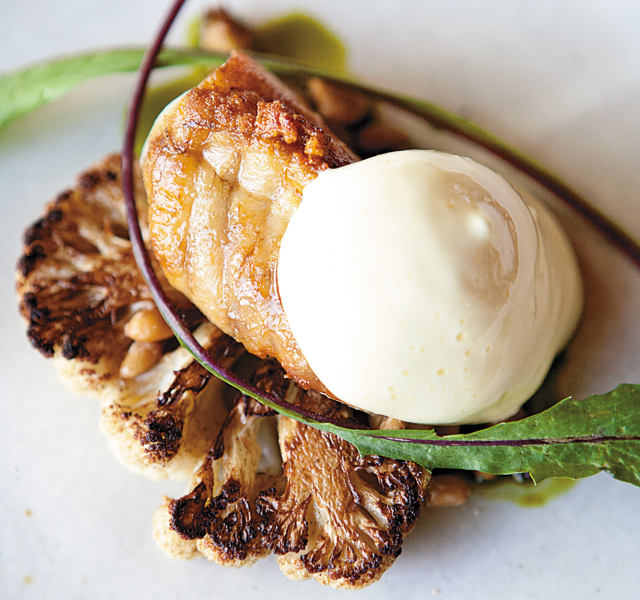 Last year there was an unprecedented number of restaurant openings. It’s crazy to think about the next few that will be opening in 2015, but for now, as the calendar winds down, I’m going to try to hold onto the contentment that these great meals gave me for just a bit longer.

There was finally promise of spring when Heyday opened. I immediately collected five Fonzie cool points just by walking through the door and perching beneath the brick wall adorned with a Replacements quote. Lorin Zinter welcomed me warmly. Britt Tracy poured me a just-bitter-enough bourbon drink. I was excited to taste Jim Christiansen’s creations, uninfluenced by outside sources for the first time in his career. A dish of cold mussels was the edible embodiment of spring. Later in the year, he busted out a rabbit dish that I will crown the best plate of food of the year. I’ve had it more since and it’s just as good warm in the restaurant over a perfectly lit evening with low, soothing conversation as it is cool on a tiny plate at the Share Our Strength event. Succulent rabbit is draped in a carrot caramel: perfect, simple, and astonishing. Sweet, salty, savory, fatty, crisp layers of flavor build to culinary climax time and again.

Meanwhile, I found myself more than once (still in January, I think…my god, it was cold) in Robbinsdale, dining at Travail Kitchen and Amusements and The Rookery. This merry band of chefs proved that they are more than just the crazy concept-wielding guys who can’t resist a pop-up. This is a team of chefs that welcomes other talents and hard work, and turn out wildly inventive dishes to explore like menu Jumanji. The description might simply say “egg” and the deft modernist cuisine will likely serve a playful plate of something that only once resembled a humble ovum, but tastes like none other. It’s hard not to stifle a giggle. Since opening they have also added a brunch service and launched several pop-ups to highlight the talents of many of the other chefs on the team. It’s likely that inside these walls lurk much of the talent we will be following closely for years to come. 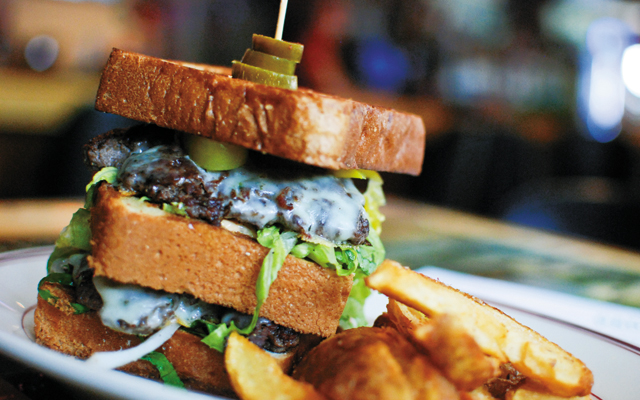 But a girl can’t live on fine dining alone. Well, not this one (and my budget). That’s why I was thrilled to meet up with Jack Riebel inside St. Paul’s beloved dive bar, Half Time Rec. The new kitchen concept from him and the guys behind Smack Shack takes hearty Irish fare and bumps it up to mythic levels. At Paddy Shack are fries (aka chips) and burgers to banish all hangovers. Here is a brunch (more lunch than breakfast) served with a beer that will save you from any demons possibly invoked the night before.

For higher-on-the-shelf drinks, but just about the same amount of money, there is also Hola Arepa to consider. This is the only place I think of whose opening felt tropical rather than sub-arctic. I love everything about this bright and beautiful restaurant and the myriad of ingredients shoved into those tender, fluffy dough cakes. Earlier this week I sampled a special of porchetta, crispy belly wrapped around tender pork tossed with a creamy, ginger-spiked slaw and augmented with a habanero chili sauce that I became instantly, dangerously addicted to. While I knew I was happy to eat up any of Christina Nguyen’s creations, or sip any drink served by Birk Grudem (or their disarmingly charming bar manager, Dan Oskey), I was thoroughly unprepared to fall so hard and fast for the dessert menu. Heather Kim made this Hot Cheeto brittle that is basically edible crack in a bag. I don’t even like Cheetos. You haven’t indulged a salty-loving sweet tooth until you’ve devoured her lusciously creamy chess pie. These guys are killing it on every level and the top entrée price lands around $12.

It’s also never been a better time to drink in the Twin Cities. The Torpedo Room at Eat Street Social has reopened with cocktails to blow your skirt up. Nikola Govich is running a beauty of a bar program at Saffron. Adam Gorski is shining like a dimpled diamond over at La Belle Vie. The same guys who have served at Parlour and coup d’etat are leading a pre-bottled cocktail program at Marché that is delightful to sip through. The new brandy program at The Bachelor Farmer introduces a new breed of brown to end a meal with. For those looking for a break from imbibing, which even I have to admit to doing every now and again, Five Watt Coffee is serving these latté drinks that I actually proposed to the first time I tasted them. They shall be my sipper-wives. 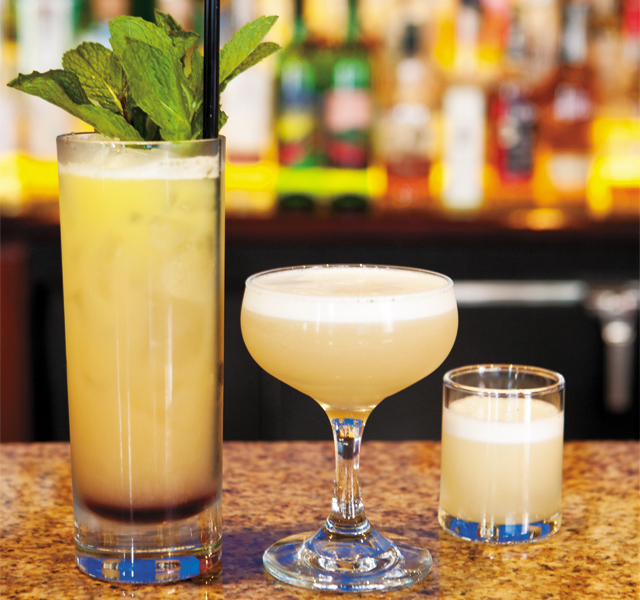 Lastly, there was this guy, Gavin Kaysen, and a little joint called Spoon and Stable. A lauded New York City chef, he baffled all of Manhattan by deciding to walk away from the Big Apple for our mini one. I’ve had precious few tastes of the menu, but so far the guy is living up to the hype. That the restaurant team is stocked with some magnificent local talent like Diane Yang, Robb Jones, and Bill Summerville doesn’t hurt. While early reservations might be tough to get, the bar is available for walk-ins and Jones is bringing back the Cosmopolitan. I’d almost forgotten how much fun those were to drink. Add in a duck and foie meatloaf sandwich and color me tickled.

It’s been a delicious 10 months of January. We’re so lucky to have these guys to keep us warmed from the inside out.