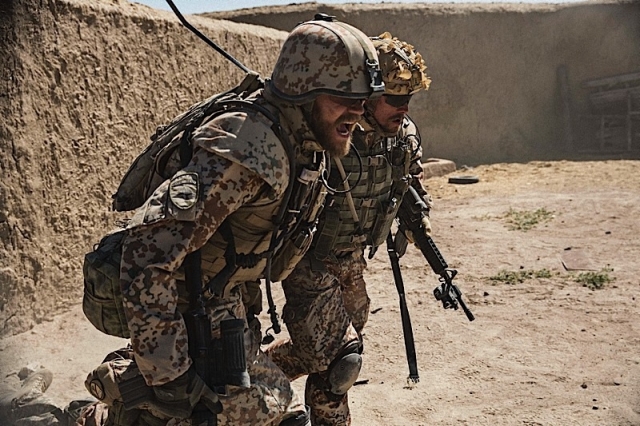 It’s too easy to forget that, after 9/11, several countries dutifully followed the U.S. into Iraq and Afghanistan. One of those was, and still is, Denmark. Filmmaker Tobias Lindholm has crafted an intense and complex look at ethics and morality in a war zone in an isolated rural Afghanistan setting in one of the very best films yet about post-9/11 warfare, A War (Krigen). Pilou Asbaek gives a heart-wrenching, salt-of-the-earth performance as Claus Pederson, a commander of a unit of Danish soldiers, who sacrifices for his men and is always right there with them as they take on deadly operations on the hostile ground. When something goes fatally awry, Claus is thrown into a situation that could get him court-martialed and imprisoned. 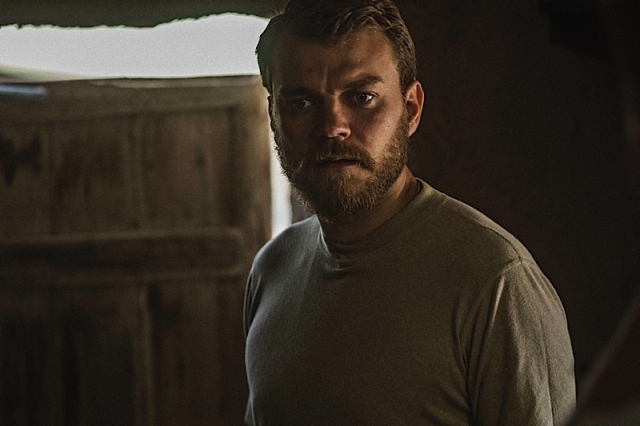 This would be dreadful enough for anyone, but the fact that Claus is married with children exacerbates the overall dilemma. Lindholm has us ponder whether a father in prison over a debatable war crime is in anyone’s best interest. A War is that rare work that is packed with action, some of which is quite violent, but never gratuitous. Lindholm’s screenwriting is also remarkable as it goes between raw dialogue between the troops, legal mind games in the court scenes, and the heart chakra of the family. Tuva Novotny is terrific as Claus’s wife, Maria, who has had to sacrifice for family and being an ally in her own particular way.