Beauty of Eros and Beauty of Spirit Alchemize in ‘Big Joy’, a Documentary about James Broughton at the Walker 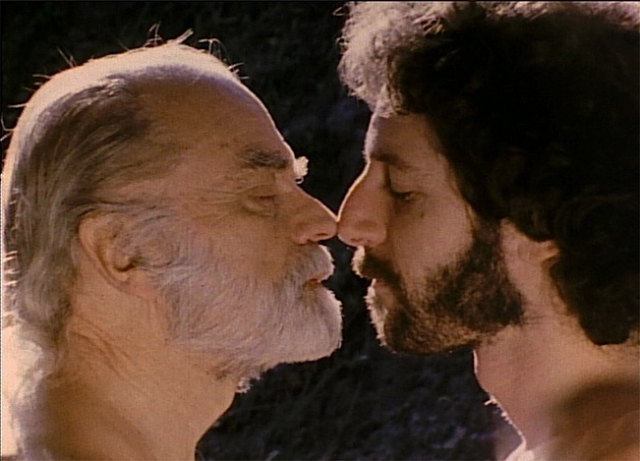 Poet/filmmaker James Broughton (1913-1999) is examined and celebrated in Big Joy. This numinous documentary runs counter to the assimilationist mentality currently commanding the glbt movement. As one would expect, the film rightly shows Broughton as Sexual Revolutionary and the pioneer in American avante-garde film that he was, but he also emerges as a significant figure in the consciousness-raising (electromagnetic) movement that would come to be known as New Age. Broughton saw himself in the tradition of transcendentalists Walt Whitman and Ralph Waldo Emerson. And when you hear his poetry read so splendidly at points throughout this film directed by Stephen Silah, Eric Slade, and Dawn Logsdon, you will find that he was absolutely right about that.

Joy was something that Broughton wanted to feel himself and for others to feel all the time. But this desire for joy was born out of phenomenal pain which sometimes made him feel suicidal, especially when he was young. His mother once found him prancing around in one of her dresses and established that every time he acted effeminate she would subtract 25 cents from his allowance. Broughton said “my mother did her utmost to beat the cheer out of me.” The empathy inherent in his beloved poetry volume, Songs for Certain Children, was wrenched out of his shame-driven childhood. 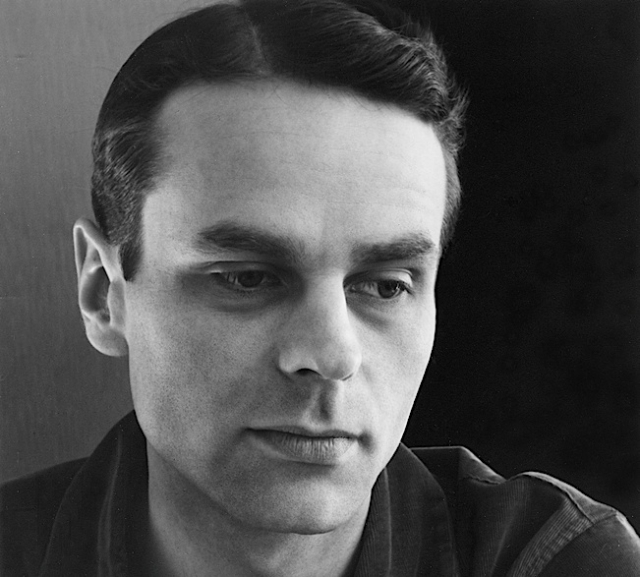 The documentary serves as a clarifying reminder that as early as the end of World War II, the modern Sexual Revolution had begun its ascent. Right after the war, before the Kinsey Reports and before the Beats were on board, the San Francisco Renaissance was a crucible of artistic vitality. Broughton directed the first Bay Area avant-garde film, The Potted Psalm, in 1946. Big Joy includes footage from that film as well as other Broughton works such as the whimsical The Bed in 1967 with its unprecedented amount of nudity and his intimate 1976 exploration of the human body, Erogeny.

The collapse of Broughton’s marriage and traditional nuclear family is arrestingly recounted in bold contrast to his soul mating with Joel Singer, one of his film students, who was over three decades younger than 61 year old Broughton when they met and fell profoundly in love. Broughton sensed that Singer was the human manifestation of an angel who visited him as a child.

Though Broughton was bisexual in his earlier decades, he came to say that gay sex was sacred. Singer made him cognizant of this. Big Joy vividly evokes the classic Spirit v. the Flesh conflict, as well as the conflict between individual truth and the roles that culture traditionally assigns us. To watch the abusively puritanical and erotophobic culture Broughton was born into and then to see him spend a lifetime finding ways of stretching beyond its dehumanizing limitations is inspiring, uplifting, and illuminates why the Sexual Revolution was inevitable.

In 2013, when websites, craigslist, and club culture, have supposedly made homosexual activity more accessible, it makes me wonder if many people have lost the capacity to behold the wonder of those they have sex with. And of course, the vast availability of pornography may actually be substituting actual human connection with virtual connection. I think that what’s radically different about Broughton’s view, as wondrously wild as it was, was that whoever you were actually sexual with was a gift from the Cosmos. Enjoy it! Often!