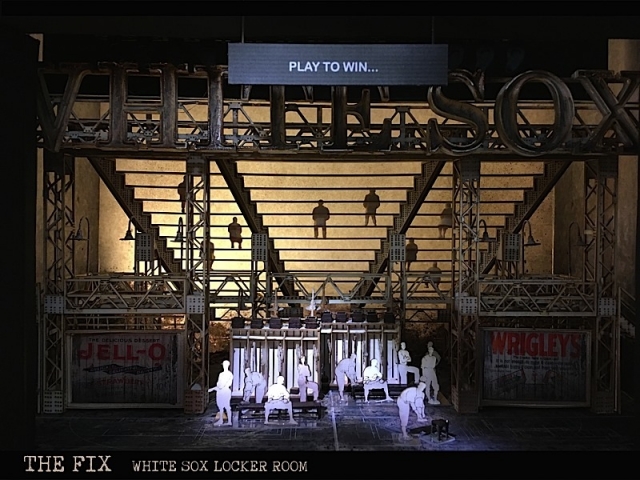 When you’re the best baseball team in the game but you’re pitifully underpaid, you can place bets that something’s gonna give. Unfortunately, corruption of the game itself by players and gamblers is never the answer. That’s why it was one of the biggest sports scandals of the last century.

That’s where the new opera, The Fix, dares to go to bat. Composed by Joel Puckett with libretto by Eric Simonson, here’s an operatic situation boldly atypical of traditional opera. When eight of the Chicago White Sox players conspired with gamblers to throw the 1919 World Series to the Cincinnati Reds, faith in America’s favorite pastime was shattered. Puckett describes it as an “incredible American story of deception, heartbreak, and disillusionment.”

Joshua Dennis performs the lead role of “Shoeless” Joe Jackson. Simonson won an Oscar for his 2005 Short Subject Documentary, A Note of Triumph: The Golden Age of Norman Corwin. He also directs this premiere production of The Fix.