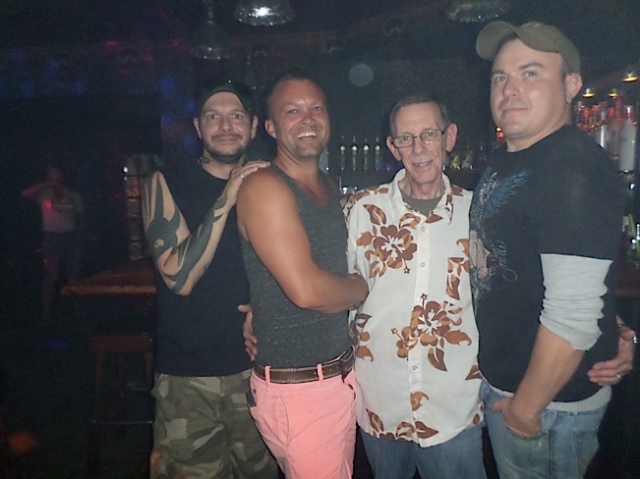 Dumont and Hague Move On to New Horizons

For more than seven years, the Town House bar in St. Paul has featured Men’s Night every Monday from 10:00 p.m. to 1:00 a.m. in the Lounge. Now, the popular event is welcoming two new staff members and acknowledging their two predecessors for many years of exceptional service.

Nate Vanwey, the new bartender, and Thor Hoehn, the new DJ, join longtime majordomo “Father” Chris. Vanwey, a familiar face in the St. Paul bar scene, was Mr. North Star Gay Rodeo Association (NSGRA) 2009. He begins bartending at Men’s Night on August 11. Hoehn already has been DJing at the Town House since earlier this year with his mix of dance and house music.

Veteran bartender Trenton Dumont and DJ Kevin Hague, who together established Men’s Night at the Town House in 2007, are both moving on. Originally from Montana, Dumont is relocating to Seattle, Washington, to be closer to his family. The Town House is hosting a party for him on Sunday, August 10, starting at 3:00 p.m. Hague, who experienced some serious health complications last December but is doing fine now, is exploring new options as well.

So, don’t miss one of the hottest occasions for gay men in the Twin Cities. Plus, there’s no cover for such a sizzling time!