On the evening of June 26, Iman won the Miss City of the Lakes Pageant at the Gay 90’s La Femme Show Lounge. Three contestants—Iman, Mercedes Iman (no relation to the new titleholder), and Butterfly Andrews—vied for the coveted crown on the stage resplendent with rainbow colors for GLBT Pride. La Femme Show Director Nina Di Angelo emceed the evening. Perennial local titleholder Geneva Richards, the only female impersonator ever to reign concurrently with the Miss Gay 90’s and Miss City of the Lakes titles, stepped down from the latter at the pageant. The June 26 event was the 20th annual Miss City of the Lakes Pageant at the Gay 90’s. The pageant debuted at the now-defunct Cloud 9 bar in Minneapolis and subsequently took place at other now-defunct clubs, but the Gay 90’s has hosted it since 1995. The next Miss Gay 90’s Pageant will be in October around Halloween. 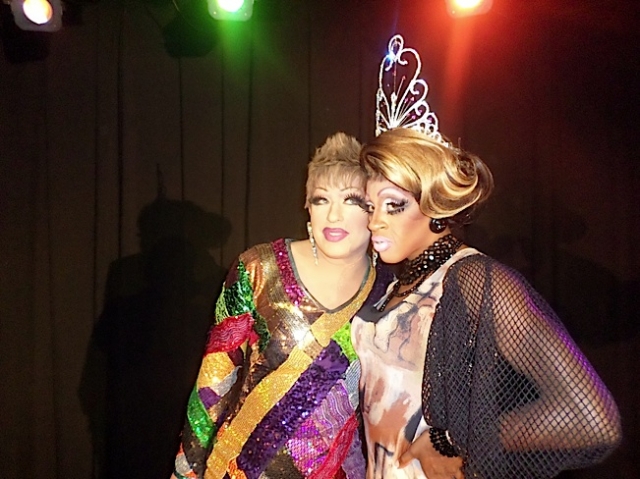