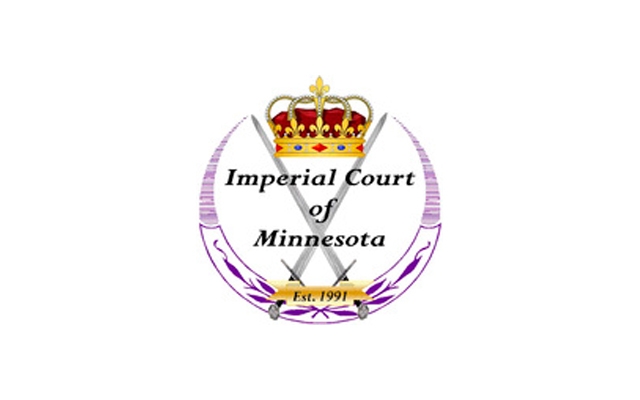 Since its founding in 1992, the Imperial Court of Minnesota (ICOM), primarily a fundraising organization according to its mission statement, has brought in hundreds of thousands of dollars for myriad local charities. ICOM has its fun side, too, with plenty of crowns and gowns at events that raise money as well.

That will be most evident at ICOM’s grandest spectacle of the year, Coronation XXIII, on the evening of February 7 at the host hotel, the Radisson Blu in Downtown Minneapolis. The theme is “Just Be: Be Who You Are, Be Who You Want To Be.”

ICOM is a monarchical organization, which means that an emperor and empress elected each year preside over activities. At Coronation XXIII, Regent Emperor XXII, Mark Weston, and Regent Empress XXII, Helen Back, will step down after a successful reign. That night, newly elected monarchs will be crowned and will commence their reign.