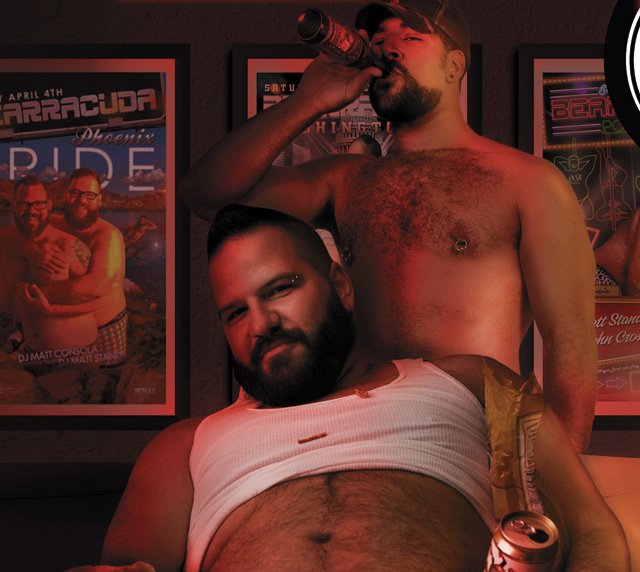 Gay bears in the Twin Cities are coming out of winter hibernation—and not just because of the spring weather! On April 19, they’re heading to the EagleBOLTbar in Downtown Minneapolis for the return of the wildly popular Bearracuda, with DJ Matt Consola from San Francisco spinning. Join hundreds of furry, friendly guys for this great night. Get there early, as the cover is $5 before 10 PM and $7 after.

Consola is widely known as a circuit DJ, as well as a record label owner (Redzone Records). He is resident DJ at Sanctuary, Adonis, and Boy Bar in San Francisco.

The EagleBOLTbar is headquarters for the local bear community. It hosts Bear Night every fourth Saturday, which includes a beer bust 8-11 PM.