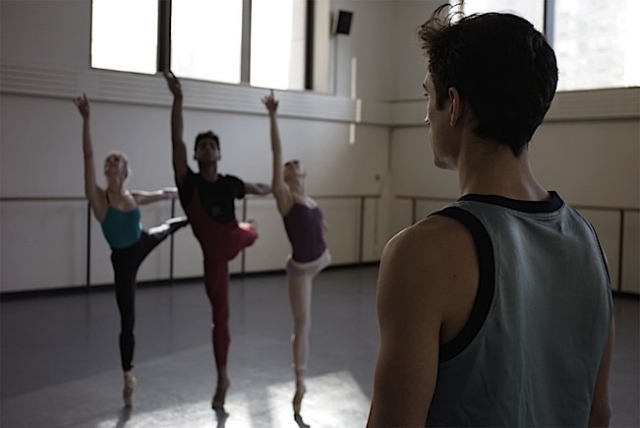 Nowadays we are saturated by media; glimpses, snapshot images, bites of information and attractive subject matter, alarmist news reports, etc. etc. etc. So it’s very easy; actually, too easy, to see a fleeting image of a work of performing art or a truly excellent narrative film and think little or nothing of it. The grave problem with this is that when we are locked in our consumer-workaday mode, we can lose sight of the process and detailed work that went into the creation of that image, that moment, and the larger work that that image or moment is a component part of.

We turn on the tube and voila! we see Maggie Smith or Bryan Cranston giving a great performance in a brilliantly conceived and produced television series. The thought and instinct put into how those lines and the production values are things most of us take for granted. 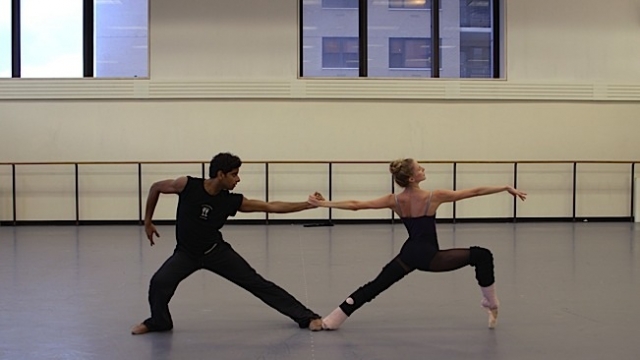 We hear a great aria in an opera and do we realize how long and disciplined the singer has attended to her or his craft? Or how long have the dancers in that modern or ballet piece been training and reshaping their muscles to make those astonishing moves work in unison with other dancers who have also dedicated and sacrificed? We take the fluidity of that voice and those graceful bodies for granted.

Think of the last play or film that you saw that you really liked. You were probably so swept up into it that you didn’t even have to think that there was a process and that techniques were used to achieve what you so enjoyed. And that’s how it should be! And that’s quite likely what the makers of the production you saw wanted and they would love that you enjoyed it.

However, it is very, very important to not lose sight of the reality that art is made through a time-consuming creative process by people who labor to shape it into being. That’s why Jody Lee Lipes’s documentary, Ballet 422, is an important and absorbing film that peers under the surface of a work of performing art, into its creative process and takes joy in revealing that. It has a universal appeal that will register with a mainstream audience as well as those who are artistically inclined. 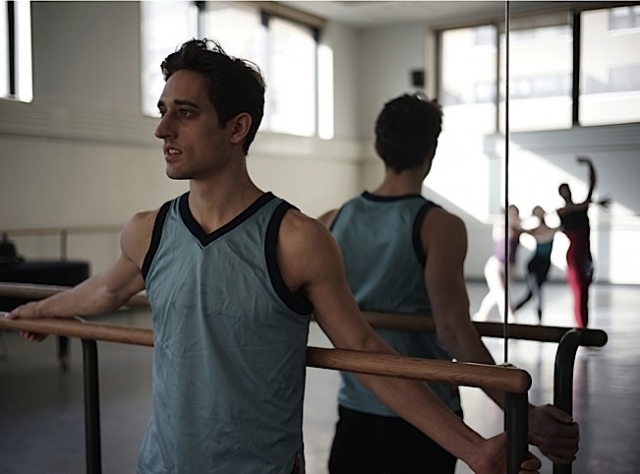 Lipes’s subject is the 2013 New York City Ballet’s Paz de la Jolla and its then 25 year old choreographer-creator Justin Peck. This young man rose from what are called the lower ranks of the ballet company – Corp de Ballets. He also showed promise as a choreographer and was thus chosen to direct his own original piece. It would become the 422nd ballet in the company’s history.

Lipes and fellow co-photographer Nick Bentgen get up close and personal from early rehearsals to opening night. It’s as if they become part of Peck. We see how he communicates with his dancers starting two months before opening. We are privy to Peck’s rudimentary ideas, like sketches first on paper, and then in human form. As things progress with selected rehearsal footage we feel part of the unfolding evolution of Paz de la Jolla. There’s an immediate sense of the personalities of many of the dancers and how they, in turn, communicate with Peck and with one another. You may feel like you want to ask them questions. 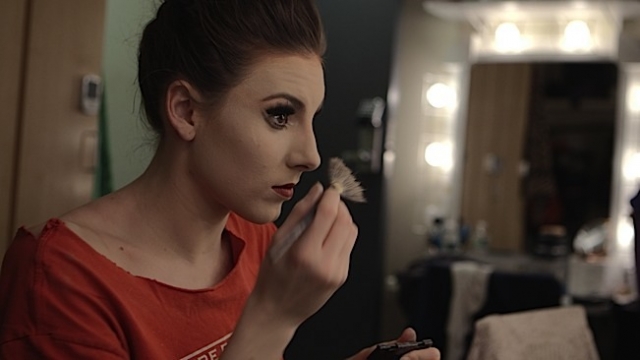 However, a choreographer not only has to facilitate the dancers. He or she has other production elements to attend to in order to make their vision a reality. Ballet 422 takes us into the realms of and interfaces with the conductor, costume designers and cutters, a hair stylist, the lighting designer, and others. The nuanced, respectful, and informed way they connect with each other is striking, if not exemplary. The sumptuous music of Czech composer Bohuslav Martinu, which inspired the piece, is heard throughout.

One particularly thrilling aspect of Ballet 422 is watching a younger generation of dancers and a choreographer clearly becoming masters of their art form, with a clear grasp and inspired understanding of the complexly beautiful ballet tradition. When George Balanchine and Jerome Robbins are mentioned at certain points you can’t help but wonder if their spirits are floating around nearby. One suspects that they would be very, very pleased and proud.