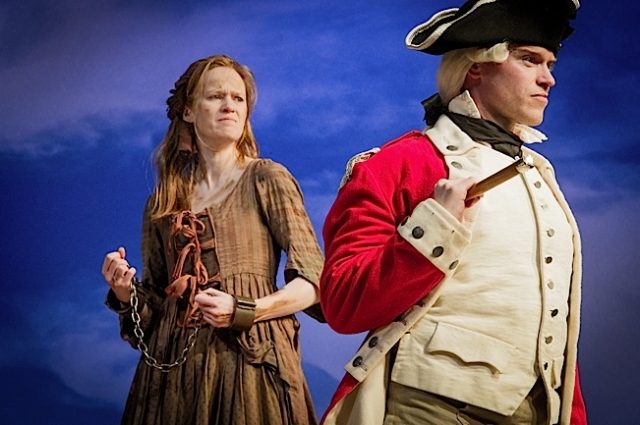 When the British began imperializing Australia, the island continent was set up as a penal colony. Convicts were shipped from “the mother country” for petty crimes and violent ones. Overly-uniformed military officers resented being there because of the distance from home and the heat.

Timberlake Wertenbaker’s contemporary classic, set in the 1780s, imagines the prisoners in what would become the city of Sydney, rehearsing a comedy by Georgre Farquhar, much to the disgust and mockery of the officers. A few progressive men in the ranks consider this to be an uplifting experience while the rest see the convicts as inferiors, less than fully human, dirt beneath their feet. They have no right to attempt to speak eloquently on stage.

Director Max Stafford-Clark’s actors have developed a visceral sense of the divisions between the two mentalities and it makes for gripping theater. What’s more is that many of the characters are based on actual people. 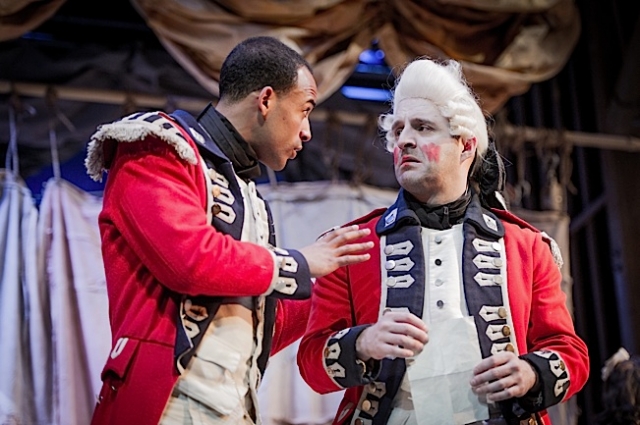 Our Country’s Good is part of the Guthrie’s WorldStage series and is an Out of Joint and Octagon Theatre Bolton co-production. It is especially timely given that in the past few years a national discussion has finally emerged about the overpopulation of our own present-day American prisons. The private prison industry, the lack of opportunities for those getting out of prison, and the reality that prisons can and do become criminal breeding grounds are in nobody’s best interests. Too many Americans still do not believe in rehabilitation and even have contempt for the idea that there should be no “cruel and unusual punishment”. Some states are arrogant enough to say they don’t have to reveal the contents of chemicals used to enact the death penalty. 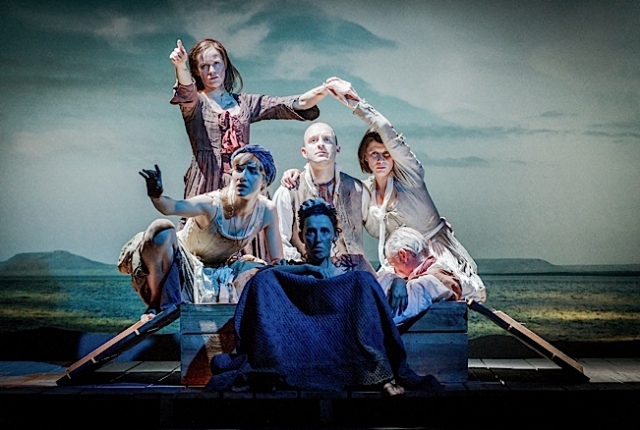 The distressing thing about watching Our Country’s Good is that there are similar degrading attitudes afoot today, like those in 18th century Australia. Thankfully, the Guthrie and their British guest artists are illuminating this problem. And they’re doing so with great theatrical power.