At-Large: The Other Tyler Perry

“I’ll give you $10 if you hold this sign for me,” Tyler Perry said to a homeless man who was panhandling on the street corner. The homeless man took a look at the sign. It read, “9/11 was an inside job – Follow @tylerjohnperry.”

“I might have to do that,” the homeless man responded.

This conversation is from the first episode of an internet-based reality television series titled Verified in which my friend, Tyler Perry (not the Tyler Perry who plays Madea, I’m talking about the shorter, more suburban, less successful one), documents his journey to becoming internet famous. In this episode, he employed the homeless to advertise his Twitter handle, hence the name of the show. He vows to not stop until he becomes verified on Twitter; the only concrete way for one to confirm that he or she is “officially” famous in the ever-increasingly online world. 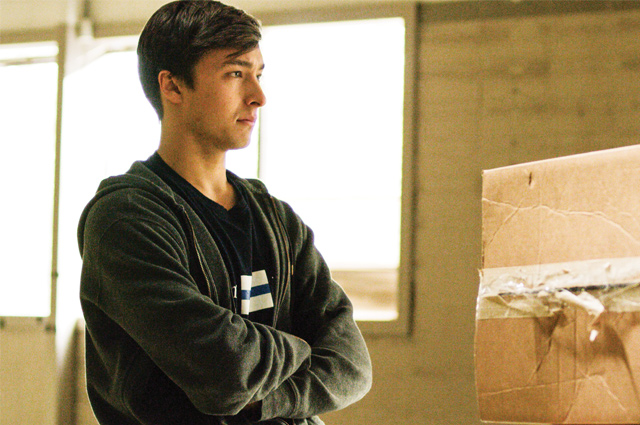 In other episodes, he holds a car wash, goes door-to-door, buys urinal ads, donates a bunch of ad-filled notebooks to Goodwill, and even hires models to stand on the street corner and wave around signs with his Twitter handle on them. He asked me to be a part of it. Being immediately fascinated with the idea, I gladly accepted. Our idea was to hold a focus group full of people who didn’t know him and ask them to watch and give feedback. Responses were mixed: people said his chances were low (someone even said he had a 0 percent chance) but they also said that, at the end of the day, they were still rooting for him. In the episode, I told him that I think the idea of someone trying to get famous for the sake of being famous could work; I just questioned whether or not he was the one to do it. He’s got great ideas, he’s willing to commit fully, but he simply might not have the personality for it.

When I watch the show, I find myself wondering, “Why is he doing this?” Sure, he’s trying to get famous. But why is he really doing this, deep down? What’s the underlying motivation? Is he insecure about how much success he’s had (or hasn’t had) in his career? Does he feel as though fame will extinguish his feelings of inadequacy? Does he want to see how far he can take the joke? Or does he truly believe that this idea — becoming famous for being the guy who tried to become famous — is a golden comedic idea? Will becoming famous open up doors for him, allowing him to pursue other goals within the industry?

It’s likely a combination of a few. One of the most interesting parts of the concept is that, if he keeps it up, these stunts will become increasingly desperate. Therein lies the entertainment. Perry is clearly unafraid to humiliate himself in the process. Either his publicity stunt ideas work or they don’t. But if they don’t, it’ll be funny to watch him crash and burn, which might be more interesting than if he were successful. Talking about him at all, whether positively or negatively, feeds into his agenda in a way. I’m doing it right now!

In the entertainment industry, fame is usually a clear-cut way to determine success. If you are famous, then you are successful. Maybe he just wants to be successful, and fame is the way to feel that success. I don’t know why he’s doing it, and I don’t know if it’ll work, but I’m undoubtedly rooting for him. If you happen to have a Twitter account, go ahead and follow @tylerjohnperry. Whether you’re delighted or offended, it’s sure to get a rise.