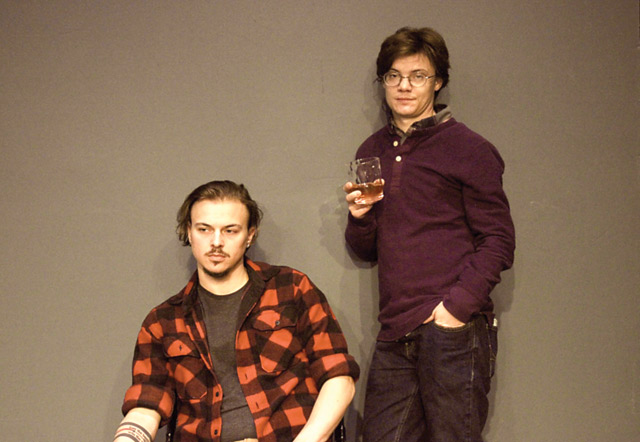 William Randall Beard’s popular concert musical returns to the History Theatre featuring the acclaimed Jody Briskey. In 1961, the phenomenal Judy Garland played Carnegie Hall, the nation’s most prestigious vocal performance hall, for a comeback concert that exploded with power and beauty. The world had tracked her meteoric rise from child star in The Wizard of Oz to the enormously popular Meet Me in St. Louis to what is still the best A Star is Born ever made.

Beard starts as far back as her childhood in Grand Rapids, Minnesota, where her tyrannical mother set the tone for Judy’s life. Possibly before and certainly after “Somewhere Over The Rainbow” became an emblematic song of the 20th century, the toll of the drugs took a dreadful toll on her physical body and her soul. The Carnegie concert is a high point in the later part of superstar’s short life which ended in 1969 at age 47. It is settled history that there were those in studio power positions who pressured her with drugs as a destructively misguided way to deal with the heavy demands of performing at such a high level of star power.
David Lohman’s musical arrangements are configured so that in a haunting way, Judy’s life is reflected in those tunes. Obviously, the Judy Garland story is one that just won’t go away. Perhaps, her tragic life was a harbinger of lives to come in our current era of mass opioid addiction. Grief over her death is said to have added to the rage expressed by queer folks at the Stonewall Riots. Many gay men have long idolized Judy Garland. In the days when the gay underground club and cruising circuits were all that was available for gay interaction, the term “friend of Dorothy” was code for being a gay man. It derives from her starring role of Dorothy in the film milestone, The Wizard of Oz.
In a Stand of Dying Trees
Nov. 8-23
Off-Leash Art Box, 4200 E. 54th St., Minneapolis
612-520-1230
www.uprisingtheatreco.com
Playwright Shannon TL Kearns has shaped Uprising Theatre Co. into an artistic force. This year, the troupe has been addressing gun violence. The latest offering looks into the divide between queer v. non-queer in a rural context. Kearns describes his latest play In a Stand of Dying Trees and the Uprising concern about gun violence. He says, “Throughout the course of the season, we’ve tried to create a nuanced conversation about a complex and emotionally fraught issue. This final play in our season looks at transgender men living in a rural community. It asks questions about home and belonging, about safety and violence, and wonders aloud about who has the right to defend themselves? Once again we are left with more questions than answers, but hope that the questions at least get us talking and allow us to find the places where we can agree and where we can work together to make sure the most vulnerable among us can be safe.”
Into the Darkness
Nov. 15-24
Shakespeare Youth Theatre, 550 Vandalia St., Suite 306
1-800-838-3006
www.brownpapertickets.com
Collective Unconscious Performance wants us to remember that love is possible even in the darkest of times. Creator/Director David Hanzal draws from fairy tales and utilizes puppets and music to inquire into themes of love and beauty in Into the Darkness. The Shakespeare Youth Theatre space will seat up to 30 audience members maximum to create an intimate theatrical experience. Be aware that this is a different space than the Gremlin Theatre, which is also located at the same address.
Dan Dukich, a.k.a. indie-songwriter “Daniel Bonespur”, has composed original songs for the company’s first full-length puppet production and says, “This was a unique process in that it lined up very cosmically with my own life. (One of the tales within Into the Darkness concerns a princess who loses her vision while she is in the midst of questioning if loves exist in the world.) I am blind in my left eye right now, and I’m also in a place of pondering the transformational powers of love; specifically, being out of love. Before I could write the melody, lyrics, or chords, I had to first understand (the princess’s) inner logic. I had never done that so intensely before.” 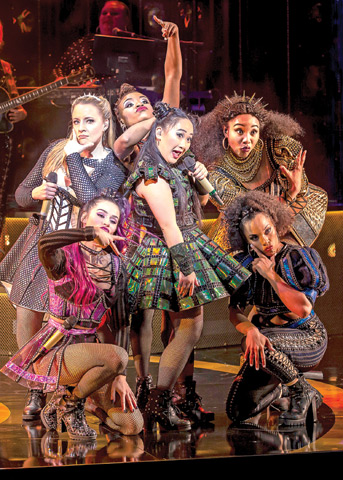 SIX
Nov. 16-Dec. 22
Ordway Center for the Performing Arts, 345 Washington St., St. Paul
651-224-4222
www.ordway.org
The six dreadfully unfortunate wives of English King Henry VIII are the subject of one of the hottest rock musicals of recent years, SIX. Here are some questions asked of Andrea Macasaet who plays perhaps the most fabled of the queens, Anne Boleyn:
Q: How would you describe your Queen’s song?
A: Don’t Lose Your Head is a high energy pop rock song that reminds you of the 2000s with its fun chorus. It tells Anne’s story in a really fun way.
Q: What’s a hidden detail in your Queen’s costume that audiences may not notice?
A: I actually wear a body suit under my costume. It has buttons on it for my skirt to attach on to so that it doesn’t spin around my waist when I’m dancing my buns off!
Q: What about your Queen inspires you?

A: Anne is unapologetically herself. She knows who she is and she doesn’t care what other people have to say about it. I think it’s totally inspiring to be able to celebrate exactly who you are in a world that’s not always nice. It shows how strong of a person you are, and Anne Boleyn is definitely all that and more. 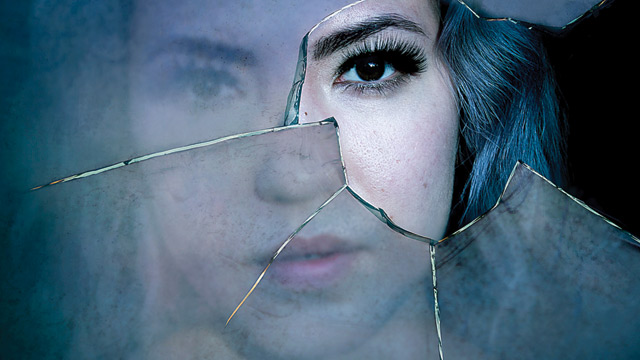 Into the Darkness. Photo by Sombath Tran & Jenny Mae Reierson-Naumann

Strong Women, Full of Love: The Photography of Meadow Muska
Through Dec. 15
Minneapolis Institute of Art, 2400 3rd Ave. S., Minneapolis
1-888-642-2787
www.artsmia.org
Encountering the luscious photographs of Meadow Muska (b. 1952) is beautifully unsettling. It looks as though these images could have been taken recently, but as you allow your gaze to linger at the Minneapolis Institute of Arts Perlman Gallery, you sense that they are of a different era, a more innocent era when gentle warmth found a way to triumph over bitterness. You find yourself in the presence of lesbian awareness in a time when gay women and men were compelled to not disclose their sexual orientation to the world at large. Nonetheless, deep feelings of hope and self-discovery radiate from deep within the subjects photographed.
Most of photos were taken in the 1970s during the post-Stonewall Period that would end in the early ’80s with the AIDS Crisis Era: a time of bliss and wonder. Muska’s photographs exude that. They are viscerally human and downright wholesome as in Tradeswomen: Get Serious! from 1976 with some obviously very happy women in a group cuddle. The spirit of natural affection also blossoms in Baby Dyke Twins, Como Park Zoo, St. Paul, MN from 1973-74. The other Twin City also gets its shake in the winning Kit and Margie, South Minneapolis (c. 1980), where we see the blazer look that was coming into style. It was a look that heralded the influx of a new generation of women who would change the face of the professional workplace.
The transgressive also emerges in Muska’s work. Piss Elegant Dyke from 1974-75 celebrates the suit-and-tie look of a dapper lesbian who today’s drag kings would surely love to emulate. The way the lettering looks on the banner that spans the 1975 photo, Early Street Courage! Women’s Day March, Minneapolis, MN has the home-made, non-corporate look that queer demonstrations of the time evoked. Local grass roots were the sole source of activism and community—a period when it really took courage to be out. Tonight’s Menu: WOMAN POWER! from 1976 spoofs those boards on which bistros would write their food items in chalk. Of course, this practice still happens, even in our day of computer-generated signage.
Born in St. Paul, Meadow Muska was raised in Roseville and came out when she was 20 years old. After achieving a BFA from Ohio University, she recorded her beloved lesbian community with “beautiful, strong women, full of love and joy”. That joy is so splendidly evident in this exhibit curated by Casey Riley.

However, not all was joyous for Muska. She lost a photojournalist job because of lesbiphobia. But as the old saying goes, when one door closes, another opens. After retraining to be a master electrician, she founded Minnesota Women in the Trades, a labor organization committed to racial and gender equity. Muska is now retired. She donated her archive to the Sophia Smith Collection at Smith College in Northampton, MA.

EDITOR’S NOTE: This column was submitted by John Townsend prior to his untimely passing in late October. This will be his final column for Lavender after 25 years of unparalleled service to this publication. On behalf of Lavender and those who have worked alongside John, we offer our sincerest condolences to John’s family, friends, and peers.