The Smithsonian American Art Museum in Washington, D.C. has organized an exhibition brilliantly and multi-dimensionally curated by Melissa Ho. The MIA spirit suits its epic nature as Artists Respond: American Art and the Vietnam War transports us back to the chaotic nightmare of that experience and period. To be sure, Artists Respond is American in perspective and a companion exhibit, Artists Reflect, is a counterpoint to those American perspectives. Thankfully, Ho is not partisan as we see both a macabre view of First Lady (Pat Nixon) by Martha Rosler among her ironic visions displayed where war images intrude in daily-life American spaces, including the White House. The disconnect between the US public and the war waged abroad is supremely evoked. Nixon is also assailed in other pieces.

On the other hand, President Johnson with Vice President and one-time Minneapolis Mayor Hubert Humphrey hovering in the background are rendered with cartoon-like bitterness, if not rage, in A Medal for Johnny by James Ormsbee Chapin. 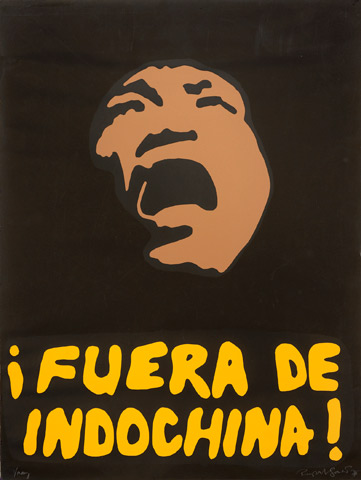 Johnson’s Administration also takes licks with Art Green’s satirical look at Defense Secretary Robert McNamara, in his adult form at the time, but seeming like a little boy in a playroom building a miniature city.

Peter Saul’s psychedelic Target Practice with its intense fluorescent colors, surreal exaggeration and comparability to Chapin, contrasts Nancy Spero’s gouache and ink on paper works that compel us to look at how warfare treats its victims and targets like insects. A helicopter is like a giant bug going after tiny bugs.

Indictment further rules as the iconic image of a group of dead bodies shot down by U.S. repels in Q. And babies? A. And babies. brings home the horror of systematized atrocity. Created by Art Workers’ Coalition, a photograph appropriated by activists exemplifies how massively produced imagery can be further treated to work as powerful political statement. That same systemic pattern is also seen on the level of an individual, rather than a group in Lilliana Porter’s untitled journalistic image of a frightened Vietnamese woman, seemingly awaiting final atrocity, with an American gun barrel aimed against her head. This work is wrenching beyond words.

Leon Golub’s dread-inspiring Vietnam II is a long acrylic on canvas, ripped in chunks at the bottom: villagers struck with horror in their face and bodies. Brawny American soldiers and a tank, advancing toward them like predators about to pounce on prey. It puts forth the concept of the Western Gaze as evinced by ordinary soldiers closing in on the helpless. We hold our breath as there is space between them and their catch and/or kill. This painting holds actual dramatic tension. Be warned. This is a disturbing exhibit, powerfully curated. 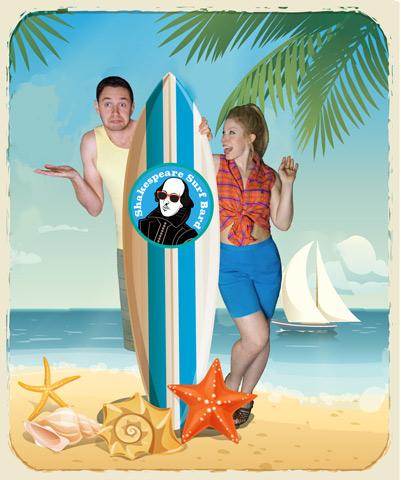 The Comedy of Errors. Photo by Bob Suh

Kari Steinbach, the director of the current production at Theatre in the Round, has demonstrated a sure hand with classic comedies, so her staging of William Shakespeare’s The Comedy of Errors is a good fit for her talents. She also pushes the envelope in another classic sense—kitschy classics, that is— by re-setting it in the intoxicating realm of those “Bikini Beach” movies from the 1960s. This seems apropos, as the play itself recalls the bawdy times of a civilization long past.

Steinbach points out that the original script “borrows material from Plautus’s ancient Roman comedy of twins, The Brothers Menaechmus, but the tropes of mistaken identity, twins separated at birth, stock characters, and slapstick have continued in innumerable plays, TV shows, and movies since then—the Beach Party movies of the ’60s just one of those examples. TRP’s production of Shakespeare’s first comedy is transplanted to the beach and fits nicely with the plot of any Frankie and Annette movie. This production will be ripe with surfer rock, bikinis and biceps, and the the screwball comedy tropes and stock characters that go with the genre.”

Steinbach is also adding a some queer elements. She says, “I am utilizing crossgender casting in a number of roles—most notably, one of the two sets of twins will be played by women. Shakespeare’s works are notoriously lacking in roles for women, and I often cast women in traditionally male roles—I rarely cast the other way (men in women’s roles), as I’d prefer not to give away the rare women’s roles to men. My ensemble includes about equal number of men and women.” 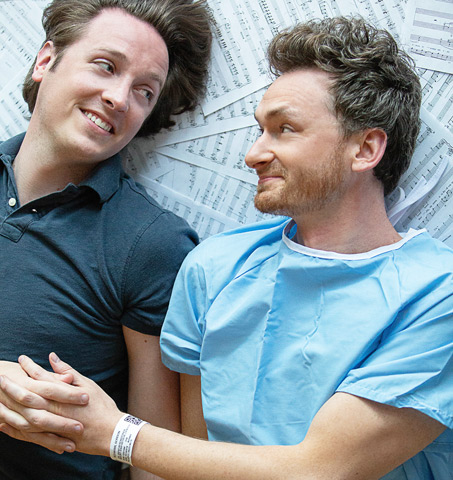 Riley McNutt and C. Ryan Shipley play the romantic leads in Artistry’s production of Finn & Lapine’s 1998 musical gem. Director Benjamin McGovern shares, “My favorite thing about the love story between Gordo and Roger in A New Brain is that we never dwell on the fact that it’s between two men—that’s not a point of consternation or contention—it’s just a beautiful, complicated, long-term relationship that happens to be between two men. We don’t see that a lot in musical theater, and it’s so important for audiences to be experiencing these stories.”

The film offerings at the extraordinary Queer Forms exhibit at the U of M Minneapolis campus’s Nash Gallery explode with a range of captivating fare that serves as a chronicle of sorts of the mindblowing changes, struggles, and advances in the universe of queerness. Mounting Evidence examines queerness in the animal realm. The revisionist Happy and Gay, a ’30s cartoon-style that looks at censorship v. positive images of gays and lesbians. Storme: The Lady of the Jewel Box recalls the Black theater circuit and male impersonator Storme DeLarverie.

Three classics of independent queer cinema at the end of the last century are also included. One from the U.S., Two from the UK. Gay African-American Marlon Riggs died of AIDS-related causes in 1994, five years after his historic film, Tongues Untied, took its place in history. In this poetic work, he confronts the stigma and struggle of being gay and black. Like few other works, it captures the brotherhood of black men as seen through the prism of the brotherhood of black gay men.

Riggs defiantly yet lovingly addresses his mother as he speaks of wearing cologne, dark pants and living a life of hot pursuit in the shadows. It clearly examines racism, homophobia, parental tensions, and another serious issue —erotophobia. That was a term often used at the time and which could (and still does) relate to those beyond what we now call the queer community. Or what was still called in Riggs’s lifespan—gay subculture. Tongues Untied quivers with haunting use of language from poetic lines like “Silence is my shield / It crushes”  and the rhythmic “Brother to Brother. Brother to Brother.”

Derek Jarman’s Blue from 1993 is a solid prolonged image of only magnetic blue with voiceovers by Tilda Swinton, Nigel Terry, John Quentin and the filmmaker himself. As Jarman dealt with AIDS-related illness, he sometimes saw blue light and partial blindness. He is most prized for his marvelously odd but beautiful historical films of famous controversial gay men—Edward II from the play by gay playwright Kit Marlowe and Caravaggio, the supreme Baroque painter who incorporated Christian imagery to controversial effect. This is worth musing over when viewing Blue. 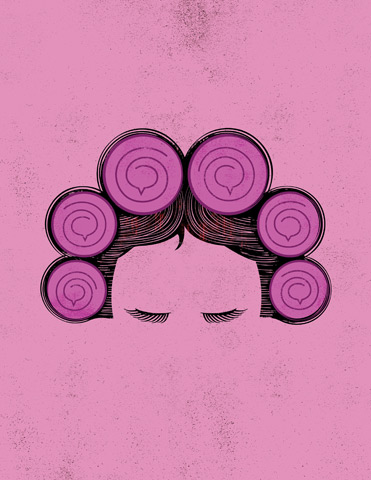 Gay playwright Ron Harling wrote his crowd-pleasing comedy in the 1980s, inspired by his and his sister’s real life experiences in Louisiana. Steel Magnolias has been widely produced for decades now and was a box office blockbuster movie with stars Sally Field and Julia Roberts. It is often pointed out that Harling is in the tradition of gay male playwrights and screenwriters who love to focus on the hearts and minds of women. The beauty shop setting is a natural space for women to literally let their hair down and bare their souls, albeit with great humor and occasional moments of cattiness. Lisa Rothe has directed the Guthrie Theater production. Its run spans from just before Halloween and goes into Christmas season. This is a rather unique choice for that time slot. It’s probably a smart move as well. People love this play.