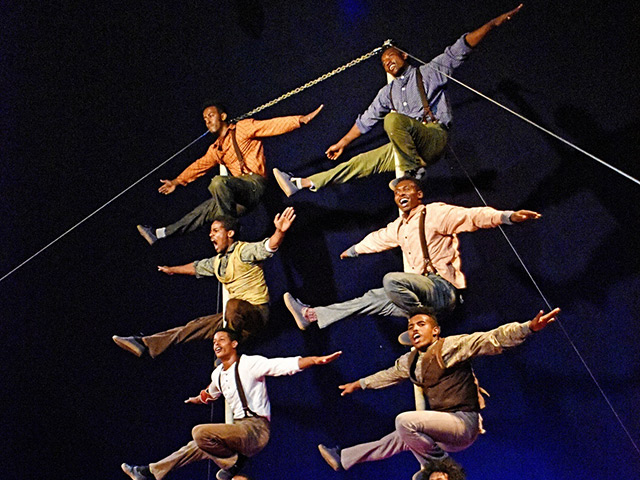 Through Oct. 20
Children’s Theatre Company, 2400 3rd Ave. S., Minneapolis
612-874-0400
www.childrenstheatre.org
Circus Abyssinia is the very first circus to ever play on any Children’s Theatre Company stage. Artistic Director Peter Brosius says, “What I loved most when I saw this piece at the Edinburgh Fringe Festival was the pure joy, virtuosity, and expression by these acrobats. Their incredible skill and heroic acts are both extraordinary and deeply human, and we know will leave anyone who sees them in awe.”
Circus and juggling master brothers Bibi and Bichu Tesfamariam used the wages they earned from Tim Burton’s film, Dumbo, to co-create what has become one of the hottest circuses on the planet. Before its opening, Bichu shared, “We’re over the moon to be bringing Circus Abyssinia to the CTC. It’s going to be an absolute privilege to perform at such an extraordinary theatre, one so perfect for kids and their families. And we can’t wait to come to the brilliant city of Minneapolis!” 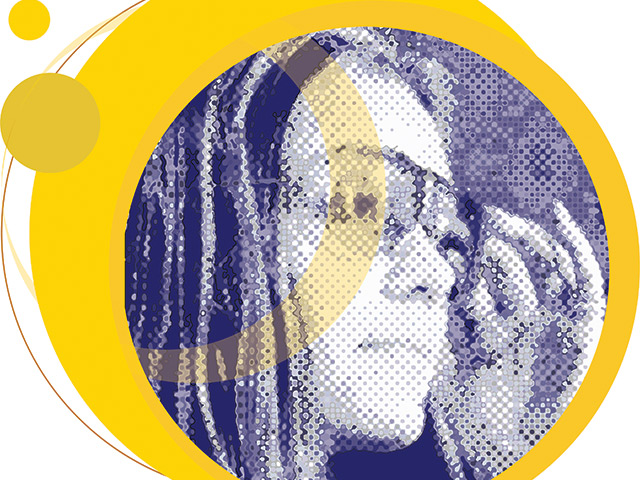 Sept. 28-Oct. 20
History Theatre, 30 E.10th St., St. Paul
651-292-4323
www.historytheatre.com
Emily Mann has written a play that celebrates the life of legendary feminist, Gloria Steinem. As Camille Paglia has pointed out, Steinem made one of feminism’s most consequential advances. In co-founding Ms. Magazine, she actually introduced the very term “Ms.” which has largely come to replace the word Miss to modify and some would say, marginalize, unmarried women. A monumental move which has added immeasurable dignity to the lives of unmarried women.
Steinem has spoken out against female genital mutilation and male circumcision. Her negative 1970s views on transgender identity, for which she has apologized, are among her career’s many controversies. The statement that acutely offended some was: “If the shoe doesn’t fit, must we change the foot?” In contrast, Steinem has been a strong supporter of same-sex marriage.
At History Theatre director Risa Brainin says of Mann’s Gloria: “More than a play, this piece is an event, a happening: a fast-paced travelogue through Gloria’s incredible life. And a conversation—a story circle. The audience meets dozens of people who influenced and inspired her, as well as many, many who tried to impede Gloria’s mission as a feminist. Gloria calls herself a ‘Hope-aholic.’ My hope is that the play can lift the audience out of these divisive times we are living in, and shed some light on how to move forward in a positive way. We can all be inspired by the life of Gloria Steinem… and she’s still at it at 85!”
Elektra
Oct 5-13
Ordway Center for the Performing Arts
345 Washington St., St. Paul
612-333-6669
mnopera.org
It’s from Western theatre’s seminal story, as generated by Aeschylus in The Oresteia. A queen, understandably enraged, murders her kingly husband who offered up their daughter as a human sacrifice. However, a surviving daughter, Elektra, then retaliates against her homicidal mother to avenge her homicidal father’s death. Composer Richard Strauss and librettist Hugo Von Hofmannsthal brought an expressionistic sensibility which suitably matched such gruesome subject matter to their 1909 opera. Now, 110 years later, that subject is matched perhaps even more numinously by Minnesota Opera. Their Elektra has been re-imagined in terms of a movie set run by expressionistic film auteur Fritz Lang in Germany as the Nazi Party subverts its way into power.
Director-designer Brian Staufenbiel notes that the opera reflects “people traumatized by war and death, pushed to the brink of madness. Families torn apart by betrayal and mistrust” and points out that these were “motifs explored by expressionistic filmmakers in Germany’s Weimar period”. Some of Lang’s masterworks include Metropolis and M from his German period. From his later American period, Scarlet Street and Clash by Night have deservingly increased in regard over the decades.
German soprano Sabine Hogrefe will perform the title role in alternation with Alexandra Loutsion. Just last year Hogrefe played the role at New York’s Metropolitan Opera. Also from Germany is Elias Grandy who makes his Minnesota Opera debut. 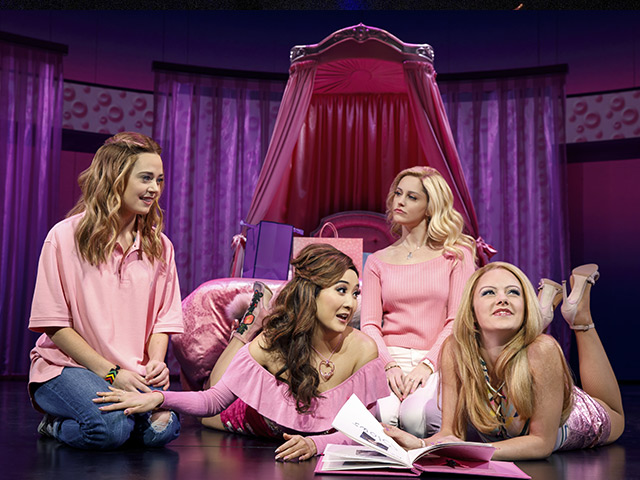 Oct. 1-13
Orpheum Theatre, 910 Hennepin Ave., Minneapolis
800-982-2787
www.HennepinTheatreTrust.org
With tunes like Someone Gets Hurt and Revenge you get the idea that the hit Tina Fey musical taps into how ugly exclusion can be. The setting is an American high school where the new girl from Kenya gets left out. The hope is that we might put unfounded judgments aside and start to create some harmony. Based on the 2004 film, Mean Girls is part of a current wave of Broadway shows set in high school where the seductive allure of the Golden Calf of “Popularity” diminishes one’s true self. The term “Plastics” is used to describe what we can become when popularity becomes our driving goal and god. 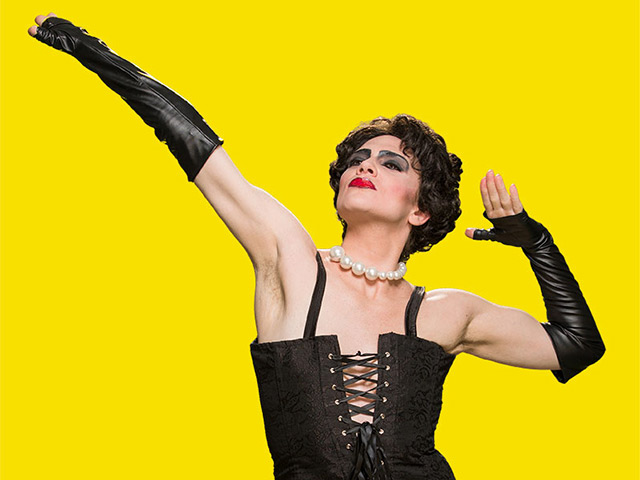 Sept. 27-Nov. 2
Park Square Theatre, 20 W. 7th Pl., St. Paul
651-291-7005
www.parksquaretheatre.org
Richard O’Brien’s camp 1973 rock musical groundbreaker brazenly challenged standard gender codification beyond any previous theater work. When a wholesome heteronormative couple end up at an isolated castle, their perception of reality is dismantled by one Dr. Frank-N-Furter, described as a “sweet transvestite from transsexual Transylvania”. Though this description can be debated, the mad scientist is creating a beefcake of their very own named Rocky. Woof!
Director Ilana Ransom Toeplitz says, “The whole night should feel like a party that’s been locked up in a time machine for years, begging to come out and play. It all culminates in Frank-N-Furter’s epic floor show, which has all the glitz of a David Bowie concert combined with all the glam of an episode of RuPaul’s Drag Race. Audience participation is encouraged.”
Artistic Director Flordelino Lagundino says, “I really want to rock the house and upend the way people think of Park Square. This is a great show to bring the generations together: those that stood in line as teenagers to see the original movie in 1975 (coincidentally the year Park Square opened), and young people to get up, dance, laugh and have a good time.” 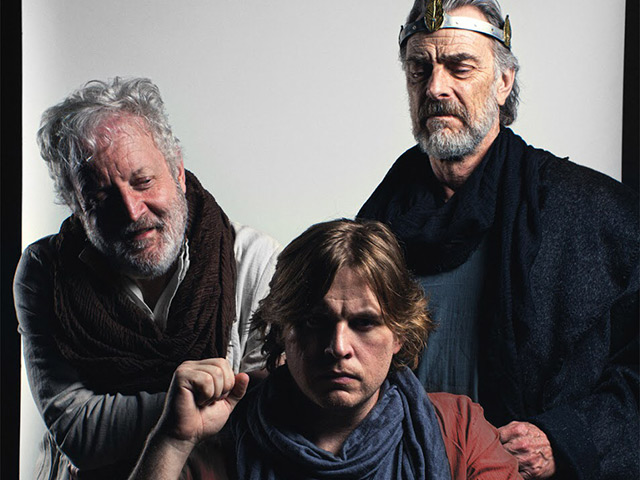 Oct. 9-26
Calvary Baptist Church, 2608 Blaisdell Ave. S., Minneapolis
www.theatrecoupdetat.com
Shakespeare’s English History plays are genres unto themselves, giving indelible impressions of the nature of kingship and of manhood. Gary Briggle has adapted the Bard’s Henry IV dramas for Theatre Coup d’Etat. James Napoleon Stone plays what is actually the adaptation’s central role, which is not the same as the title of the original Shakespeare works. He plays Hal, the prince compelled to face his flaws if he is to ever be fit to rule when the time comes for him to ascend as Henry V. The two plays as originally written make for an illuminating theatrical experience but condensing them, as Orson Welles did on film in Chimes at Midnight (1965), can help the story flow better. Moreover, Shakespeare himself drew from the Holinshed Chronicles to relate the Henry stories (IV and V) on stage.
Briggle also acts in his adaptation. Renowned for his direction of opera, as well as acting in musicals and straight plays, he played Polonius in Jungle Theater’s acclaimed Hamlet near the beginning of this decade and he closes it with Coup d’Etat in one of the Bard’s most iconic roles: Falstaff. Here is a character that has come to define bad adult influence on callow youth. He’s noble in name only but not in behavior. Falstaff’s libertine attitude is often hilarious, but his devil-may-care effect on Hal undermines how others see him, especially his own father.
Guthrie Theater veteran and Fargo film star Bruce Bohne portrays the title role. Wendy Lehr, one of the Children’s Theatre Company’s earliest core co-creators, and who helped put CTC on the global map, co-directs with Briggle. It is the most illustrious creative team Coup d’Etat has yet assembled.
Stone, the theater’s co-founding artistic director, accomplished in his own right, plays the lead. He shares: “Hal gives the audience his intentions from the start of the play in his ‘I know you all…’ speech, where he lets us in on the fact that his entire involvement with drinking, whoring, and general enthusiastic corruption of the public good with the rowdy-hows of Eastcheap is completely a ruse—all part of his plan to look more grandiose when he inevitably ascends to the throne and finally behaves as a monarch is expected. The rub is, in the process, he unexpectedly finds himself falling for the joy in debauchery and charm of characters like Falstaff and Poins. Furthermore, this plan has caused his father to believe him to be nothing more than a drunken braggart, and wishing the gallant young Hotspur was instead his son and heir. The heartbreak is watching Hal struggle with choosing whether or not to sacrifice what he is for what he must become.”