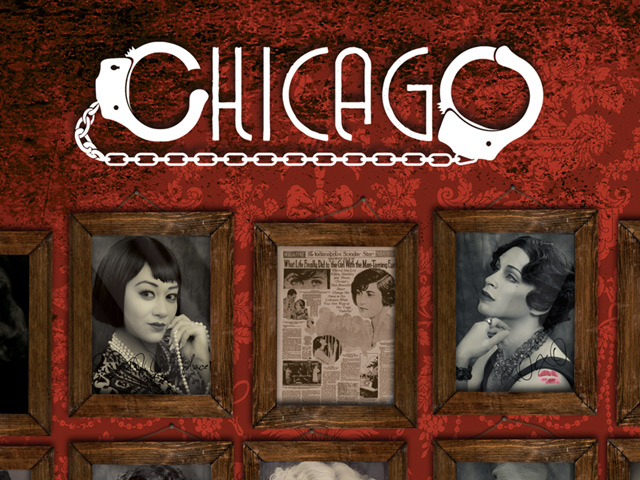 Theater Latte Da, renowned for its musical productions, is reviving the Bob Fosse classic about women in the Windy City living in the midst of a culture of crime in the 1920s. Choreographer Kelli Foster Warder shares, “I am a huge fan of Bob Fosse. His style, subtlety, and storytelling are always an inspiration for me as a choreographer. In approaching Chicago, I hope to honor the beauty of the iconic choreography people expect from this show, highlight the talent of our amazing cast, and bring a different picture that emphasizes the story of our world, the glam and the spectacle amidst the grit and grime.” 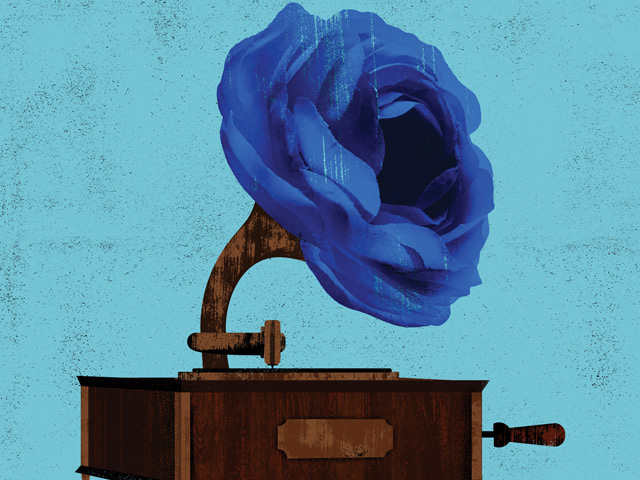 The Glass Menagerie. Photo courtesy of the Guthrie Theater

The Glass Menagerie
Sept. 14-Oct. 27
Guthrie Theater, 818 S. 2nd St., Minneapolis
612-377-2224
www.guthrietheater.org
In 1944, one of the most enduring plays of American theater premiered in Chicago. At that point, gay master playwright Tennessee Williams was not well known, though by the decade’s end he would be full speed ahead en route to legendary status.
The Glass Menagerie, often referred to as “a memory play”, is a not-so-veiled effort at autobiography. Protagonist Tom is the playwright himself, supremely frustrated in a dead end warehouse job and that he is expected to support his domineering mother and physically disabled sister indefinitely. There are no homoerotic or unrequited homoromantic moments, which has triggered some activists to claim he wasn’t being honest. However, Williams was extraordinarily out when very, very few others were. Moreover, the idea that one should only write about their sexuality if one is gay is tyrannically reductive. He later wrote very openly about his sexuality and experiences, and homosexuality reverberates through much of his work dating back to the 1940s. .
At the Guthrie Theater, it seems as if it’s a rite of passage for artistic directors to either direct The Glass Menagerie themselves or see to it that someone else does so on their watch. AD Joe Dowling directed it in 2007 with Queer as Folk’s Randy Harrison as Tom. In the 1988-89 season, when Garland Wright was AD, Vivian Matalon directed it. In 1979, during Alvin Epstein’s tenure, Emily Mann directed Jeffrey Alan Chandler and Barbara Bryne in a breathtaking production.
Now AD Joseph Haj directs. He will bring an apprehension of the Southern Gothic sensibility inherent in Williams as he directed for several years in North Carolina. His staging is eagerly awaited.
The Jules Dassin: Hardboiled and Blacklisted Series
The Naked City
Sept. 13-15
Thieves’ Highway
Sept. 20-22
Night and the City
Sept. 27-29
Trylon Cinema, 2820 E. 33rd St., Minneapolis
612-424-5468
www.trylon.org
Jules Dassin (1911-2008), one of film noir’s most compelling visionaries, understood how tenuous security was in a society where wealth is hard won and hard to hang on to. This condition makes ruthlessness a vice that evildoers cultivate. The naive, the innocent, and the gullible are often unwittingly at the mercy of the diabolical in Dassin. The few who skirt that are the pragmatic and occasionally the exceptionally savvy who happen to be guided by virtue.
Per the Trylon series title, the standard justification for being blacklisted in mid-20th century Hollywood was for having been a card-carrying Communist: in some cases, the government was terribly irrational in their pursuit of that. Dassin’s departure from the Communist Party came soon after the dissolving of the neutrality pact between Nazi Germany and the Soviet Union in 1939 (The Molotov-Ribbentrop Pact). Dassin’s timing was certainly open to interpretation by the House Un-American Activities Committee (HUAC) led by Joseph McCarthy.
However, the filmmaker’s deep concern for postwar society clearly came from a place of anguished love for his country. The Naked City’s opening aerial shots of the Manhattan skyline followed by shots of an abandoned Wall Street at night and a neon-charged Times Square are enthralling segments from what won William Daniels the 1948 cinematography Oscar. Ironically, in the midst of this urban majesty, a fashion model is murdered by two thugs and a riveting police investigation ensues. Dassin beseeches us to remember that in this concrete jungle of eight million people, one young woman’s death matters.
In Thieves Highway (1949), a film packed with vivid performances, we go far west to rural California where Nick (Richard Conte), a war veteran trucker, seeks righteous vengeance upon a mobster trucker who critically injured his immigrant father. Nick is also is faced with insincerity in love—not just from the women in his life, but within himself. The legendary Valentina Cortese as a streetwalker and bombshell Barbara Lawrence as the wifely middle-class ideal create one of noir’s most thought-provoking triangles.
In Night and the City we cross the pond to enter an unusually dark vision of the London. No regal crumpets and corgis here – it’s an underworld where boxing, betrayal, and desperate measures, catastrophically timed, make for powerful film noir quite different than what American audiences had been exposed to in 1950. Richard Widmark gives a memorable performance as a brazenly audacious American con man who makes choices that may well make you cringe. All three of films indelibly underscore the gnawing uncertainty of American and British culture in the postwar era. 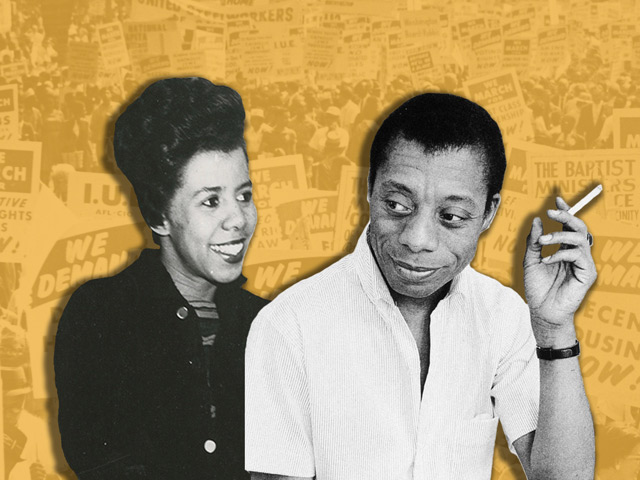 Talvin Wilks’s play about two queer African-American paragons received raves for its Hartford premiere. The central figures are Lorraine Hansberry, playwright of Raisin in the Sun, and James Baldwin, author of Giovanni’s Room. Director Brian Jennings, who directed the original commission for HartBeat Ensemble, also has staged it for Pillsbury House. He says that in regard to style: “The piece is an imagining of the very real friendship between James Baldwin and Lorraine Hansberry. As such, it lives in a space between the real and the poetic—and often switches back and forth between the two. We use the expressionistic devices of a memory play—and the very hard and fact based devices of verbatim/docudrama. There are elements of minstrelsy and elements of absurdism. It all somehow weaves together into a complete fabric of an event.”

As for content, Jennings shares: “At its heart, the play is about struggle. The struggle of two outsiders, queer, black trying to carve out space for themselves in an America that is struggling to define itself. It’s about trying to break through the isolation—self-imposed or societal—to find a companion, a brother/sister-in-arms, someone who will have your back as you storm the barricades.”
Ride The Cyclone
Through Oct. 20
Jungle Theater, 2951 Lyndale Ave. S., Minneapolis
612-822-7063
www.jungletheatre.org

How’s this for a wild idea for a musical? A mechanical fortune-teller communicates with choir members who have died on a rollercoaster. The Jacob Richmond-Brooke Maxwell sensation earned acclaim in Toronto, Chicago, and Off-Broadway. Kevin McCollum, who co-produced Rent became the President of St. Paul’s Ordway Center in the 1990s, went on to produce more on Broadway and in London. He developed Ride the Cyclone here in the U.S. and is advising on the Jungle production.

Jungle artistic director Sarah Rasmussen shares: “It means alot to earn the trust of a respected and successful Broadway producer. I’ve been obsessed with this musical for a few years, and we are thrilled to create a Jungle production of Ride the Cyclone and bring it to Twin Cities audiences.” Jim Lichtscheidl, who plays the fortune-teller, has also choreographed. Mark Christine conducts the four-piece band.