Classical Actors Ensemble, the Twin Cities theater company dedicated to plays of the English Renaissance, is taking a different approach from their usual, by staging two works in the style of Old Hollywood. William Shakespeare’s Much Ado About Nothing will be done in the style of screwball comedies with their sophisticated wit and outlandishness. Think of such classics as His Girl Friday and The More the Merrier. Kaija Pellinen and Joseph Papke will play the legendary romantic leads of Beatrice and Benedick. In 2016, Papke was named Best Comedic Actor in Lavender Spotlight for the title role of CAE’s staging of Ben Jonson’s Volpone.

The contrasting play selection is the mysterious tragedy thriller by an author unknown: Arden of Faversham. Published in 1592 it recounts a true story of a wealthy murdered in a town 48 miles outside London. There’s speculation that Shakespeare may actually have written parts of it because it was included in the Holinshed Chronicles from which he referenced sources for his History Plays. Thomas Kyd and renegade gay playwright Christopher Marlowe are also speculated as possible writers or co-creators of the script. It could well be that whoever wrote the tragedy actually knew some of those involved in the actual incident.

Papke, also a masterful director of Elizabethan plays, is staging Arden of Faversham and says its plot “reads just like hardboiled pulp fiction of the 1920s through the ’50s. An unfaithful wife and her lover plan to murder her wealthy husband—it’s the basic premise of Double Indemnity, The Postman Always Rings Twice, and many others. We always look for lenses through which the plays of the English Renaissance can have the most relevance to a contemporary audience. This true crime piece fits almost effortlessly into that world. The hired thugs, not-too-bright patsy, and femme fatale all make appearances in their gray shades of moral ambiguity. Since the style and tropes of Film Noir continue to resonate through our culture and mass entertainment, it makes a natural setting for our production. And performing at the LAB also allows us to do much more with the use of space and lighting – key elements of the style.” 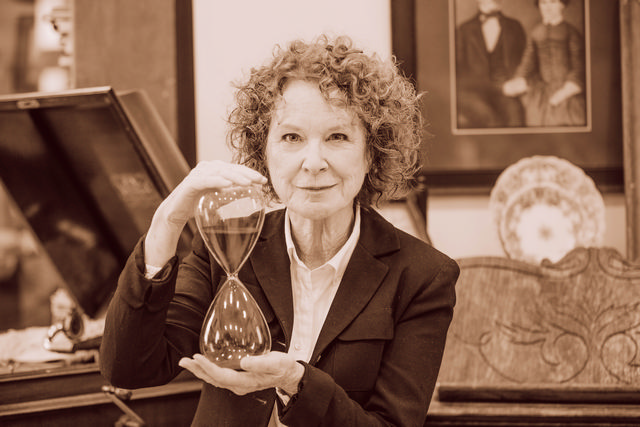 Our Town. Photo by Devon Cox

Thornton Wilder’s Our Town is sometimes called The Great American Play. First produced in 1938, the Pulitzer Prize-winner for Drama tells a simple story of a small town in New Hampshire a little over a century ago. The conventional wisdom (read: stereotype) held against the play for a generation or two was that it was sappy, sentimental, and reactionary. Gay activists sometimes piled on because they saw the gay Wilder as sticking up for small town values. Thankfully, starting in the 1980s, Our Town has been re-examined and has come to be generally regarded as a remarkable creation that explored new possibilities in the theater.

Artistry is one of those theaters that really knows how to bring classic plays to life. Alongside Theatre in the Round Players, Theatre Coup d’Etat, and the Guthrie Theater, it is a local company that regularly produce a variety of classic plays, as well as musicals. It’s a theater with a broad apprehension, as opposed to a niche.

Last year, Artistry’s Artistic Director Benjamin McGovern staged a wonderful revival of the 1935’s Awake and Sing! by Clifford Odets: a sure sign that earthy American drama of common folk of that decade is right up his alley. He now turns his talent to Wilder and says, “Our Town is a play that demands an acknowledgement of the present moment, a play that brings the audience as far into the imagination of the performing artist as it can. One thing people forget about Wilder is that he was a wild and experimental playwright—Our Town works on the audience in a way you don’t expect, it’s incredibly unique and I think it’s as revolutionary now as it was when it was written.” 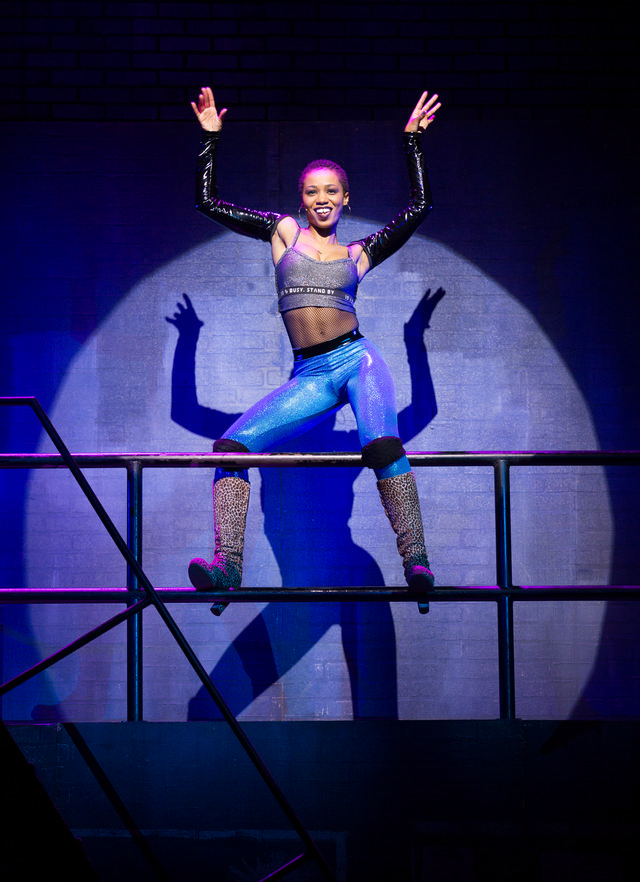 Jonathan Larson’s Rent shifted Broadway theater into a new era of inclusivity. No musical or drama had so deftly unified heterosexual, lesbian, and gay male couplings. One of the gay male characters, Angel, is a drag queen who is called feminine pronouns when in drag mode and is regarded as as a male at other points. Rent also has a racial diversity in the roles as written that was atypical. It was more than a matter of colorblind casting. Today such diversity is standard for many playwrights, but Rent is the work that propelled that.

Inspired by Puccini’s opera, La Boheme, Rent follows the lives of artists in the East Village of New York’s Manhattan. They struggle to pay their bills, struggle with chemical addiction and the HIV virus, and sing tunes that are among the most beautiful, not to mention, demanding, in contemporary musical theater. If you’ve seen musicals created since Rent first opened on Broadway in 1996, there’s a good chance you’ll hear Larson’s influence on them. Some of its tunes have become iconic: “No Day But Today”, “Seasons of Love”, “Santa Fe” and “Light My Candle”. Larson died at the untimely age of 35 of an undiagnosed aortic aneurysm in the early morning of the night when Rent premiered on Broadway. It opened the same week a century later that La Boheme had opened. 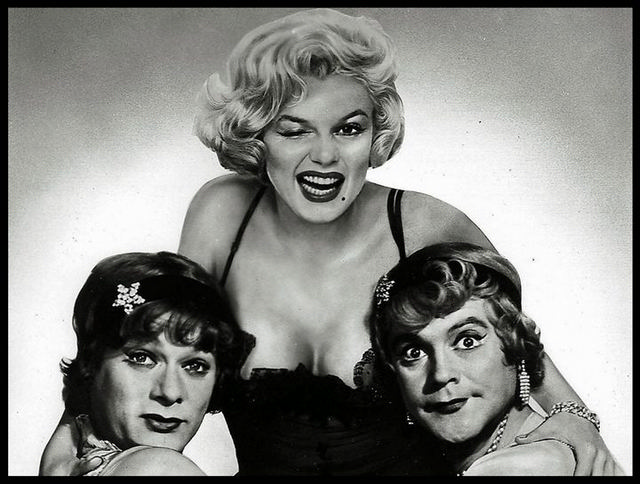 Some Like It Hot. Photo courtesy of Park Circus

When Jack Lemmon and Tony Curtis crossdress to get away from the mob one of the most popular comedies in film history unfolds. But wouldn’t you know it—one of them falls in love with Marilyn Monroe and the other is pursued by another guy who thinks he’s a she—or does he? Some Like It Hot, nominated for the 1959 Best Picture Oscar, looms as one of, if not the highest ranking comedy films ever. “Ranking” meaning that it is the top ranked comedy by the American Film Institute and being called the best comedy in film history by the BBC. The British Film Institute also says that this very American film is one that everyone should see by age 14.

However, Some Like It Hot makes it clear that the buttoned-down, white picket fence values that typify the standard ’50s image, were giving way to new ideas. Shot in sumptuous black and white, it may trigger one’s nostalgic tendencies, but we’re actually taking a joy ride the wave toward the Sexual Revolution which was gearing up for its hey day in the 1960s and early ’70s. The Heights Theater’s wide screen, shaped in the widescreen fashion of movie palaces of the 1950s, is the ultimate place to see this 35 mm print of Some Like It Hot.

The Billy Wilder classic was actually not approved by the Motion Picture Production Code that the major American studios were held to from 1930 to 1968. This code told you what content you were allowed to have in a film and what content you could not. Director Wilder is known for three other sexual groundbreaking film comedies: The Seven Year Itch, with its hilariously frank take on male midlife crisis; The Apartment, which dealt with corporate sexual exploitation of women, and Irma La Douce, which humanized the life of a sex worker and a cop. However, Sunset Boulevard, which he opened the 1950s with, and Some Like It Hot, which he closed that decade with, are generally regarded as his masterpieces. 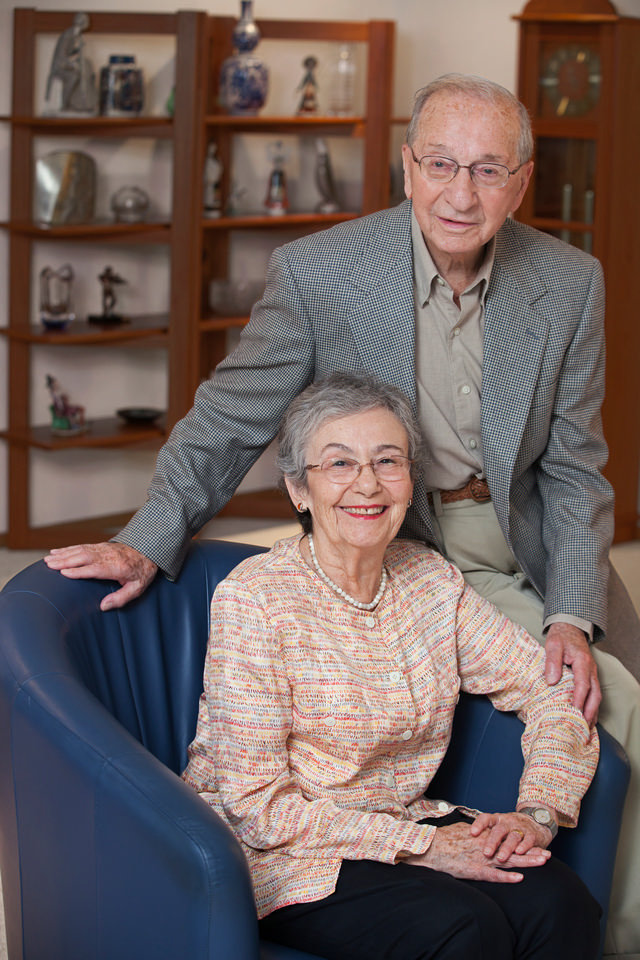 The sheer will to have survived the concentrations camps set up by Nazi Germany is nothing short of miraculous. How does one ever get beyond seeing her mother murdered by the Nazis? How do you restore your faith when you were forced to serve as a human guinea pig for the sadistic purposes of Nazi physician Josef Mengele a.k.a. the Auschwitz concentration camp’s Angel of Death? Or starving as an adolescent girl in Bergen-Belsen concentration camp? What if you managed somehow to get out of Germany but then were brought to Japanese-occupied Shanghai where you had to live in squalor? Japan was Germany’s major and most powerful military ally at the time.

Transfer of Memory includes photographic portraits by David Sherman that grip the spirit as you read Lili Chester’s text below each one and then associate it with the person. This soulful exhibit of Jewish elders who survived the Holocaust is a testimony to the inner strength and the resiliency of human beings who survived the most horrific of circumstances. Nowadays, the term “survive” has come to be overused and misapplied for far less calamitous personal horrors than what these subjects survived. But these people truly survived against all odds.

What’s more is that so many of those photographed have an anchored sense of inner tranquility. They seem to have come to terms with what was a prolonged nightmarish trauma. They’re a reminder that six million other Jews did not survive and that it’s up to we the living to thoughtfully, critically, and scrupulously examine and re-examine just what went off the rails in 1930s and ’40s Germany.