The integration of dance and visual art is the essence of a new dance work about ecology and the earth. It even utilizes paint. Choreographer Lily Conforti shares, “it has been so much fun finding ways to fold different artistic mediums into one show. One of my goals as the choreographer, has been to deliver something that isn’t super familiar to every audience member. Having a close knit group of dancers has allowed us to do that while building a challenging and exciting show. We have had so much groovy, punky, crazy fun while creating, and all that energy is evident in Botanical Dancing.” 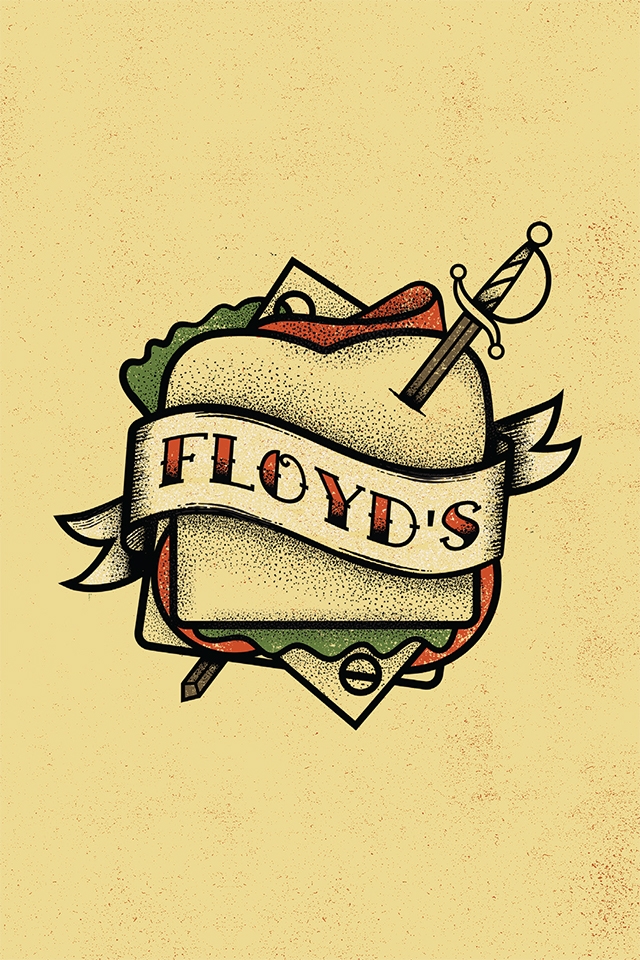 Two time Pulitzer Prize-winner Lynn Nottage was commissioned by the Guthrie Theater to write a play about a truck stop sandwich shop that employs those who were once incarcerated. Nottage spent two years in Reading, Pennsylvania to research how hard times, loss of industry, race, and social barriers have been factors in upsetting people’s lives. Two Tony-nominated members of the Broadway company of Nottage’s Pulitzer-winner, Sweat, are featured: Johanna Day and John Earl Jelks. Directed by Kate Whoriskey, who has staged other Nottage works as well. Past Nottage plays that have been given first-rate productions locally have been Ruined at Mixed Blood, Intimate Apparel at the Guthrie, and By the Way, Meet Vera Stark at Penumbra Theatre.

Unbridled youth challenges rigid adulthood in the classic film musical that was adapted for the stage and now it plays at Artistry. Choreographer Heidi Spesard-Noble said shortly before the opening, “My job as choreographer is to create visually stunning dance moments in the show, but especially in Footloose to illuminate each individual character through dance. In order to accomplish that, I really need triple threat talent. This cast is full of numerous triple threats! I am having so much fun in rehearsal exploring and collaborating with such a hungry and versatile group of artists. I also love where we are living in this show: Nebraska, 1983, which lends itself to numerous dance styles; the emergence of hip hop, the tail end of disco and country line dancing!”

Avi Aharoni is one of the most dynamic young actors in the Twin Cities and he returns to Fringe after a terrific turn in last year’s Fringe hit in Summers in Prague. Aharoni is the son of a Persian Israeli man who taught him the importance of Judaism and Israel. The actor, who has also written the piece, says, “Born in Iran in the 1940s, my father emigrated with his family as a young teenager to Israel when it was still a new, vulnerable country. Soon after, he supports his family by going to work, eventually fighting in three wars, and ultimately moving to the suburbs of Minneapolis with five children and an American wife. It’s the story of a twice-immigrant man with a huge heart who worked with his hands all his life so he could give opportunities to his loved ones.” Beloved Guthrie Theater veteran actor Robert Dorfman, who directed Aharoni this year in the powerful Shul for Minnesota Jewish Theatre, also directs him in this solo performance. 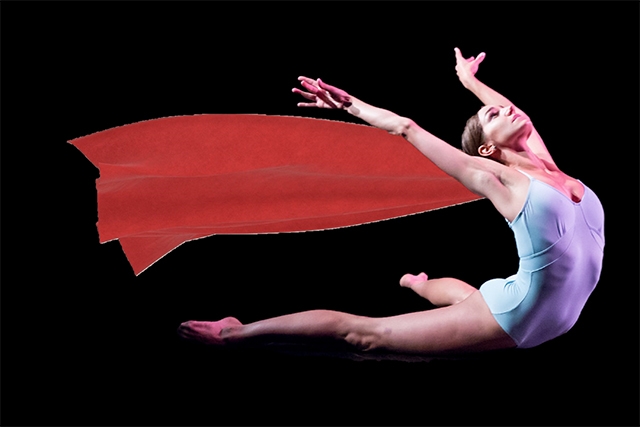 #OrdinaryHeroes. Photo by by Bill Cameron

Minneapolis Ballet Dancers are a sure bet with these multiple dance works that draw from contemporary and classical ballet. Dancer Jolie Meshbesher says, “It is very challenging to find genuine human beings. In today’s world, this seems to be especially resonant. This project aims to re-frame our collective definition of superheroes, hopefully to include those around us who we would never suspect.” Three years ago this same troupe presented a splendid offering titled Assemble. Katherine Hesterberg, who choreographed and performed for that presentation, is the director of this one. 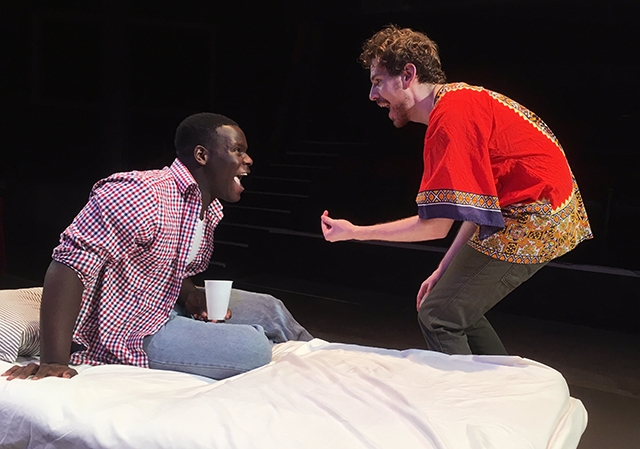 Brian Balcom directed last year’s crackling Gremlin production of Aaron Loeb’s Ideation. This year he staged Mat Smart’s Tinkers to Evers to Chance for Artistry. This summer he’s back at Gremlin and this time he’s staging a Mat Smart work there: Samuel J and K with Paul LaNave and Wariboko Seminitari. Balcom says it’s “a play about what makes family and where we find home. Especially, how we can create a new family and discover a new home in unconventional ways. It could be something we’re born into or it could be assembled from different pieces. Mat has crafted a story about two brothers brought together from half a world away, each struggling to find his place in an environment that doesn’t seem to fit. And while they search for what makes them complete, they discover that home isn’t where they expected and is easier to find than they thought.” 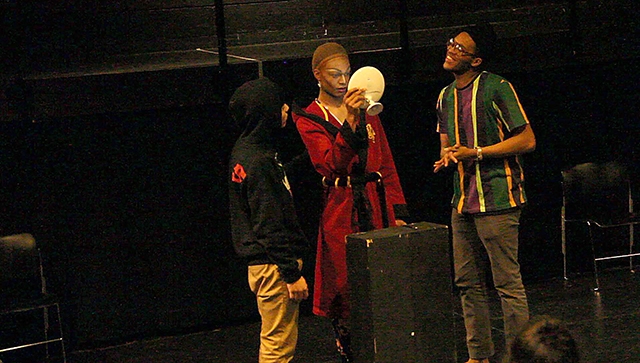 Domino D’Lorion is one of three co-creators in the remounting of STOOPIDITY: at the Minnesota Fringe Festival. He plays the role of “C”, one of three boys who sits on the stoop of an apartment building and calls the piece “an exploration of three characteristics/archetypes/energies that are traditionally, negatively connotated when embraced with the black male body: The Romantic, The Philosopher, and, of course, The Queer. Being a pansexual Afro-Latinx person, I use queer because I want black boys on all parts of the LGTBQIA+ to be able to see some aspect of themselves in C. Whether that be sexuality, softness, beauty, strength, masculinity, femininity, fluidity, it’s important that all of us feel seen. In addition to exploring our existence, I wanted to explore the positivity and honesty of a relationship a queer person can have with the heterosexual men in their lives: Friends and Father; one that exists both in a perfect world and the fractured reality we live in today. The character of C is one that is a deep reflection of not just the real-life fears and pain that becomes young queer black boys and men, but simultaneously, a dream of what things could be like in an ideal world: two worlds that generate electricity and tension. An existence that is fact, an existence built on love, an existence supporting life.”

The Viking and the Gazelle
Through Aug. 11
Phoenix Theatre, 2605 Hennepin Ave., Minneapolis
www.fringefestival.org

Romance and contrasting racial heritage infuses this play by Suzanne and William Bengston. Chicago’s South Side meets the Minneapolis suburb of Hopkins. The co-writers themselves, who married in 2014, have had to navigate their own marriage and how that is responded to by their seven children and eight grandchildren. Indeed, they bring a unique perspective that will surely have value in out time of racial controversy. Actor Matt Saxe shares, “The play brings up thought-provoking relationship issues that many people may have never encountered. I admire my character’s resilience to overcome previous life experiences and sustain his desire to find his soul mate. I’m excited to see how audiences respond.” 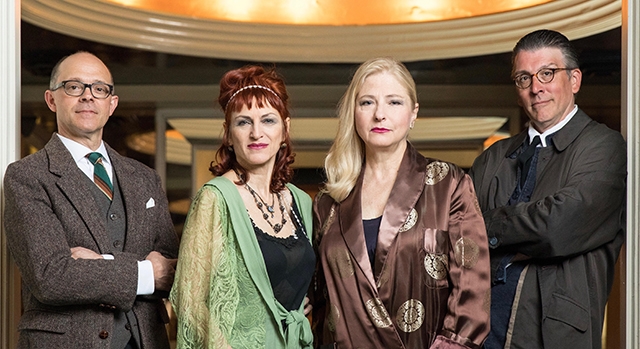 When the Shark Bites. Photo by Dan Norman

Chronofon returns to Open Eye with a new tribute to 20th century music and composers who took the road less traveled. Performer Bradley Greenwald says their newest work “includes many of the songs born of the tremendous collaboration between composer Kurt Weill and playwright-poet Bertolt Brecht, like Alabama Song, Surabaya Johnny, and the title song; but (it) also illuminates the tumultuous times that gave immediacy to their singular artistry: the end of the democratic experiment of the Weimar Republic in Germany, and the rise of nationalism, misinformation, the elimination of progressive ideas, and ultimately fascism. And we also focus on a surprising revelation, known only to a few academics and aficionados: Brecht’s lifelong collaborator, Elizabeth Hauptmann, a struggling writer, was not only responsible for instigating The Threepenny Opera and Happy End, but was also the lyricist for some of Weill’s best known songs, with credit and royalties going to Brecht. Of course, any political and social parallels between 1929 and 2019 will be discerned by the audience.” Greenwald has co-created the piece with Prudence Johnson, Diana Grasselli, and Dan Chouinard.