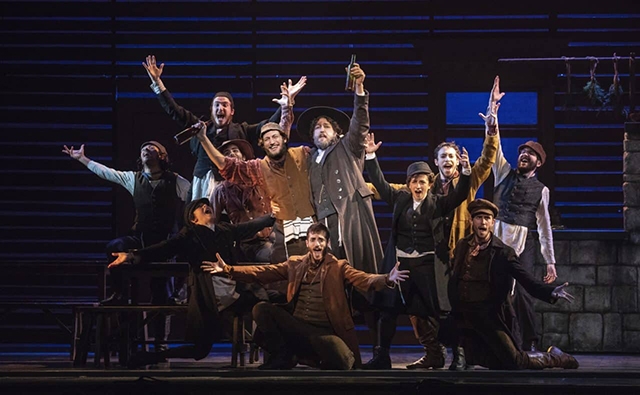 Fiddler on the Roof. Photo by Joan Marcus

Former Guthrie Theater company director and Tony-winner Bartlett Sher directed the 2015-16 Best Revival Tony-nominee of that cultural phenomenon by Harnick, Stein & Bock. Fiddler on the Roof is set in what was known as the Pale of Settlement of Imperial Russia, where the Jewish population that wanted residency was relegated. Although in certain parts of that western region, Jewish residency was still not permitted. And beyond that, the Russian nation had even fewer allowances for Jews.

The village, also called a ‘shtetl’, in Fiddler on the Roof is named Anatevka and is located in the Pale Settlement. Israeli actor Yehezkel Lazarov portrays Tevye, a dairyman with three headstrong daughters who chafe against the marriage norms tradition demands. Mother-wife Golda and the local matchmaker are actually less flexible than Tevye when it comes to tradition. The musical contains sumptuous classic tunes such as If I Were a Rich Man, Do You Love Me?, and Sunrise, Sunset.

Sher notes out how close knit the Anatevkans are and that their devotion to God compels them to respect tradition. Sher states, “Our concentration is evoking the the spirit of two things: One, of the pogroms and the intense world where (the characters) grew up and at the same time, the color and light and beauty and humor that’s in the actual spirit of the telling.”

He points out, “I do a lot of research when I prepare for a show. I’ve read the Sholem Aleichem stories. I’m very familiar with the history that surrounds the Jewish diaspora throughout the twentieth century. I look at contemporary politics and ideas and the experience of the Jewish community in the United States and around the world at this time. I look at the many ways Fiddler has been performed before and how other people have approached it. I think there are a lot of interesting things—the system of matchmaking and how it sets up the plot, and that wards against the ideas of love. I explore all of these elements that are part of building blocks of Fiddler, and the build my own block up from that.”

The director adds, “The more specific this production gets to the Jewish community, the more I hope that people see it as a universal story. My father was born in a shtetl in Lithuania, and when he was three years old, my grandmother put him on a train and came up through Canada all the way across to Southern California. My grandfather came through Ellis Island. So, I’ve always had a sort of connection to the tale, but it’s only an imaginary one. I don’t actually know what that was like. My grandparents spoke Yiddish, but I don’t have much of a memory of what that meant to me. In a way, I think that’s similar to a lot of people who read these tales. They think they should understand them better than they sometimes do. These stories are very powerful, but you can ‘t really explain why. It’s more in the spirit of them: the spirit in going forward, the spirit of enduring, the spirit of holding on, the spirit of living by your faith, the spirit of living by your family.”

Tap dancers, dreams of stardom, and authoritarian directors. Oh, the ups and downs of showbiz on the Great White Way! The Ordway has created a re-imagined original in-house production of 42nd Street with nostalgic favorites like We’re in the Money and Lullaby of Broadway. Producing Artistic Director Rod Kaats says it “celebrates what audiences love about the show, but the Ordway’s version includes some revisions, updates, and some new twists that are totally unique to our production.” Featuring Jamecia Bennett, T. Mychael Rambo, and Tyler Michaels King. 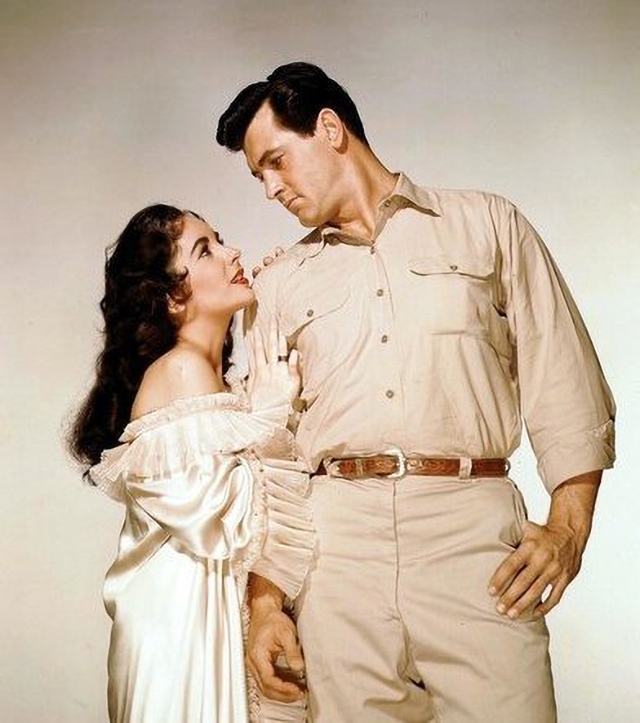 When Rock Hudson died of AIDS in 1985, it was very sad, but ironically, it was extremely helpful in turning the tide in the 1980s AIDS crisis. His death shattered the stereotype held by hundreds of millions about gay men. In our own time, when coming out of the closet can actually be a beneficial career move in certain (though not all) cases, it’s hard for some to imagine that coming out was out of the question if you wanted to have an acting career. Hudson was regarded as one of the most handsome matinee idols in Hollywood history. Such leading men had to embody an idealized image of masculinity. This Hudson did, and he conveyed that with warmth and strength simultaneously and vividly.

The studio moguls dictatorially commanded how stars were expect to behave and present themselves in public. This was thought to be indispensable to keep people beguiled. For the women who swooned over Hudson and the men who emulated him in order to perfect a Prince Charming image for women they were pursuing, Hudson was the man. He also was the kind of guy straight guys would like to have as a good close buddy. Men like James Cagney and Robert Mitchum were impressive but you might not want to be buds with them, lest they lure you into trouble.

Movies were big business and in the 1950s the image of leading men was never more Apollonian. The idea that such a man would ever been in love with another man or in a sexual interaction with another man was something that moguls cruelly ended careers over as in the case of George Maharis. George Nader was another who had to play it cool, among so many, many others.

Hudson, born Roy Harold Scherer Jr. in 1925, would go on to be rated by film exhibitors as one of the most popular box office draws every year from 1954 to 1966. He starred in some wonderful films, but the general agreement is that Giant, for which he was nominated for the 1956 Oscar for Best Actor in a Leading Role, is his best. The film itself is magnificent and is best seen on a big screen as it was in the “widescreen” 1950s. You actually have the opportunity to experience that at the Heights Theater.

Giant was nominated for ten Academy Awards and its director, George Stevens, won Best Director. It also received nominations for Best Actress in a leading role—Elizabeth Taylor, and another co-star, James Dean, for Best Actor in a Leading Role. Mercedes McCambridge was nominated for Best Supporting Actress. Based on the bestselling novel by Edna Ferber it wrestles with issues of racism in a way that still pack a punch, and frankly carries more power because of its genuine liberality rather than the political correctness pervasive today.

There are those who love to say “oh, how sad, how pathetic that he couldn’t be who he was.” But Rock Hudson had to have loved the splendid and enlightened contribution he made to American film. He left us a wonderful legacy and Giant is one giant contribution indeed. Ain’t nothin’ pathetic about that! 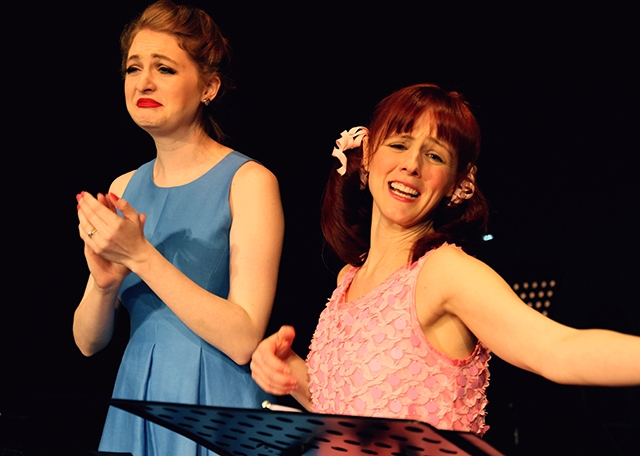 Theatre Elision goes full madcap in their production of Paley and Laird’s Ruthless!, featuring one of Minnesota’s great Funny Ladies, Greta Gosch, at their new digs in Crystal. It’s quite a contrast from Elision’s previous production of Sea Cabinet, a dreamy musical meditation on grief at seaside presented at the Southern. Director Lindsay Fitzgerald shares, “This all-female production of Ruthless! spoofs Broadway musicals like Gypsy and Mame, and movies such as The Bad Seed and All About Eve. When combined with some major show stoppers, it creates a delightfully twisted dark comedy. It is the story of Tina, a precocious eight-year-old who knows she was born to play Pippi Longstocking in her school play, and will do anything to get the part, including murdering the leading lady! The narrator begins the show with a question: Where does talent come from? Is it a product of your environment? Or is it something… in the blood? This musical is absurdly dramatic and really, really funny. And on top of that, we have a killer cast of powerhouse women who do comedy so well!  You do not want to miss this.” 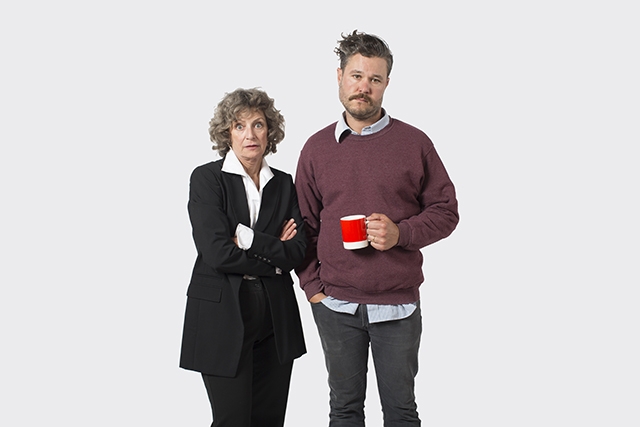 John Catron plays a stay-at-home dad whose ex-con mother, played by Sally Wingert, has just been released from prison to visit him and his two toddlers while his wife is on a business trip. The children are played by puppets operated by Megan Burns and Reed Sigmund. Playwright Joshua Tobiessen says, “I didn’t want to see grown-up characters talking and complaining about or adoring their off-stage children; I wanted to see that relationship play out onstage. I wanted to write a comedy about parenting where no one talks about being a parent.”

Tobiessen’s wife, Sarah Rasmussen, directs. The production is getting a lot of buzz because it’s Guthrie legend Wingert’s first Jungle show in almost 15  years, as well as Children’s Theatre legend Sigmund’s Jungle debut. The talented George Keller is also in the cast. If ever there were a sure bet, it’s Stinkers.