Acclaimed director Joe Chvala is reviving the musical he created almost a decade ago with the group he founded, Flying Foot Forum. Set in the 1990s Bosnian War and sung and spoken in English and Serbo-Croatian, Heaven’s ensemble uses street dance and dynamic music by Chan Poling of The Suburbs fame. This new iteration is more inclusive of gay themes as well. Park Square Theatre, where FFF is in residence, will also hold discussions and events related to the problem of genocide in relation to this production.

Chvala recalls, “Heaven was a big success when it played the Guthrie Dowling Studio nine years ago. Still there were things that I took note of after the first run thinking I would change them if I were to do the piece again. Anytime you do an original work nine years later, the times change, you change, your perspective changes so the work will most likely change too.”

He also points out that “Heaven has always been among other things, a cautionary tale about civil war and how it starts small with divisiveness among people which opportunistic leaders can pick up on and use to rise to power. If left unchecked, it often leads to violent conflict and war. Unfortunately that message is more timely than ever and that is what I am trying to emphasize in the retelling of this story. I have added probably twelve minutes of material by fleshing out some of the characters whose stories most illustrate this type of conflict that comes from fanning the flames of hatred to the point of war. One of those expanded characters is a gay man, who in the original production only had a monologue but in this version is a person who finds himself caught between two of the warring parties in the war and is forced to make very tough decisions.”

The Fabulous Armadillos raid the one-hit wonder vault for the Chanhassen Dinner Theatres’ popular Concert Series in their Fireside space. This popular group has developed a following in central Minnesota since its inception in St. Cloud, where it has often played at the Pioneer Place on Fifth. Vocalists Billy Scherer and Pamela McNeill are supported by an eight piece band that includes keys, guitar, bass, and drums. Not to mention a horn section with trumpet and saxophone. Once again, Chan gives us the opportunity to see area artists who have shown significant talent in the mastery of popular contemporary music. And the menu is delicious! 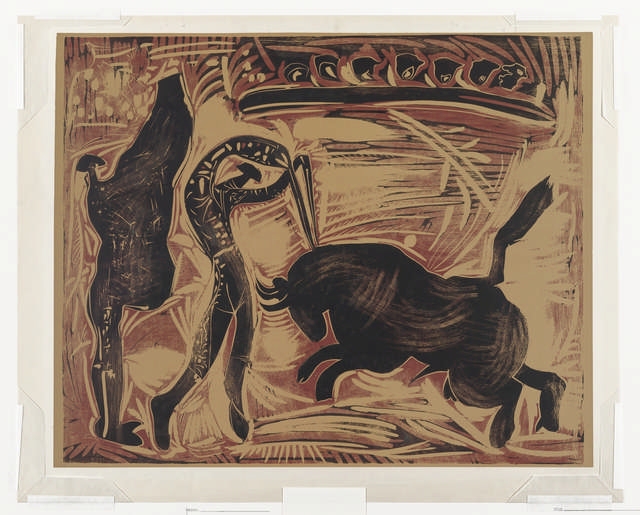 Pablo Picasso (1881-1973) looms as one the most revolutionary figures in the history of art. The Spaniard’s painting and sculpture emanates largely from the cubism movement and expresses its passion with boldly contorted imagery that some found and still find to be offensive, and which others feel is utterly inspired.

The Minneapolis Institute of Arts is featuring an evocative exhibit of his linocut pieces with collaborator Hidalgo Arnera (1922-2007). A series of five proofs for Le Banderillero (1959) tracks the developmental process embodied by cutting away part of the surface of a sheet, or what’s also called a block, of linoleum. Hence the term, “linocut”. At each phase he cuts, adding ink to fill out the image of a matador, bull, spectators, and someone known as a banderillero. The latter’s function is to thrust small spears in the animal to break his spirit, thus weaken him, so that the matador kills him in a flourish. At each phase a pictorial concept emerges in striking increments.

Along with the linocuts are some characteristic Picasso lithographs of a bull in profile, a reconceptualization of a postcard image of a 16th century noblewoman, and wouldn’t you know it—a Minotaur! 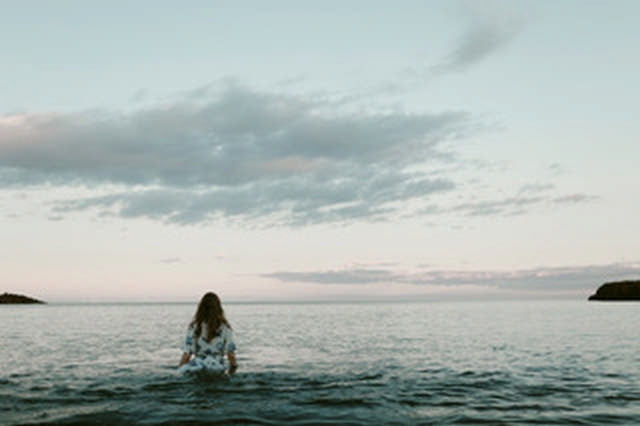 The US premiere by Theater Elison of this song cycle about women and the sea is surely one of the most eagerly awaited shows of the year. Created by British composer and lyricist Gwyneth Herbert, Sea Cabinet received acclaim in the UK and is also the title of her sixth album, which received four stars in The Independent and The Financial Times. Herbert has also been praised by The Guardian and has served as a musical director and lead vocalist for the prestigious Bristol Old Vic Theatre.

Producer Cindy Polich relates, “Two themes run through the show: the story of a young woman who lost the sailor love of her life when he drowned at sea. She manages her grief by walking the shoreline every day collecting what the sea has deposited. Believing these are messages from her lost love, she catalogs and stores them in her sea cabinet. The second theme, told through song, explores women’s relationship with the sea over centuries—going back to the 13th century drowned village of Dunwich, the 18th century French invasion of Fishguard, and the WWII evacuation of the island village of Alderney, to name a few. Through her songs, Gwyneth Herbert brings us the life, love and loss of the sea.” 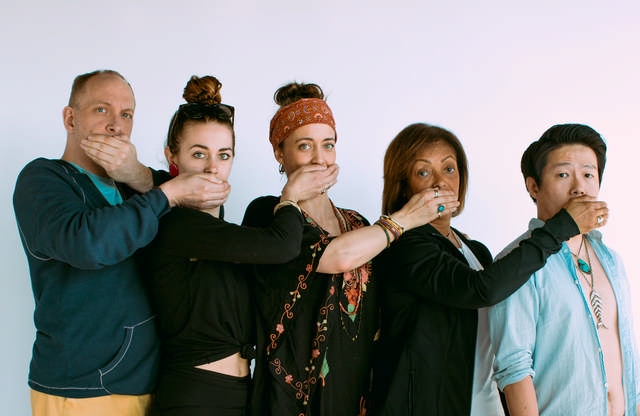 The New Age movement is not only influential but in some quarters is the dominant belief system. Its emphasis on meditation, guru guidance, and retreats away from the rat race of mainstream living offer soothing appeal. This is the realm playwright Bess Wohl enters in Small Mouth Sounds. Moreover, she includes a lesbian couple as characters. Stage director and former yoga instructor Lauren Keating says the play “explores a very relatable desire to find freedom and to meet our true, fully realized selves, in this very personal play, the playwright asks us to meet her characters and also to meet ourselves. She draws this world with such humor and tenderness.”