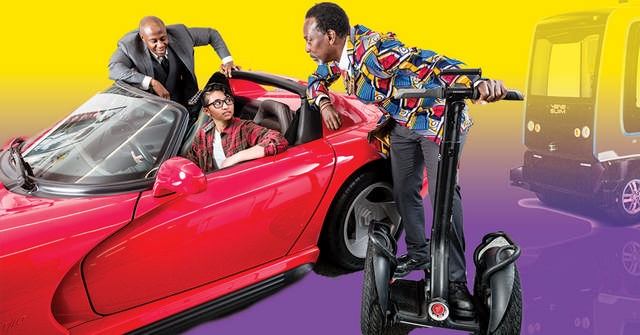 You don’t have to go the Mixed Blood Theatre space to see their next production, Autonomy by Ken LaZebnick. Founding artistic director Jack Reuler goes on site to St. Paul’s RiverCentre for what’s described as part Disney, part auto show, part drive-in theater. Nine scenes and 40 vintage and unusual cars make for a uniquely horsepowered theatrical event. Technology and human intervention are major themes. Featuring Harry Waters, Jr., known for his stage work in the first production of Angels in America and Penumbra Theatre’s gay breakthrough play, Stage Directions, and his performance in the film comedy classic, Back to the Future. 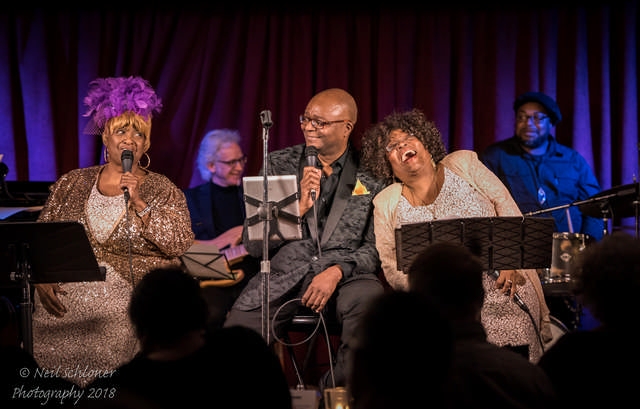 The Best of Burt Bacharach. Photo by Neil Schloner

When music of the 1960s is remembered, the Beatles automatically and reflexively dominate the public overview. However, the songs of Burt Bacharach glimmered resplendently throughout the same period. His fanbase ranged across the generations and the racial spectrum. Some say that the trio of Bacharach, lyricist Hal David, and vocalist Dionne Warwick is actually the greatest music group of the time. Bacharach staples like “What the World Needs Now”, “What’s New Pussycat”, “Do You Know the Way to San Jose?”, and “Raindrops Keep Falling on my Head” were the soundtrack of an era for scores of millions.

You may not recognize the acronym, HDM, but if you’re familiar with the Twin Cities’s internationally prominent jazz club scene you probably know of them individually. And naturally, you can imagine Burt Bacharach as a perfect fit for vocalists Bruce A. Henry, Debbie Duncan, and Gwen Matthews. This dynamic trio, whose phrasing and resonance are utterly thrilling to hear, enhance Chanhassen’s Fireside Theatre concert series. They’re supported by a top tier quintet playing new arrangements of stellar Bacharach tunes.

To add icing to the cake, since they perform in a prominent theater for musicals, HDM will offer the title tune from Bacharach’s vibrant stage musical, Promises, Promises and its hit single, I’ll Never Fall in Love Again. 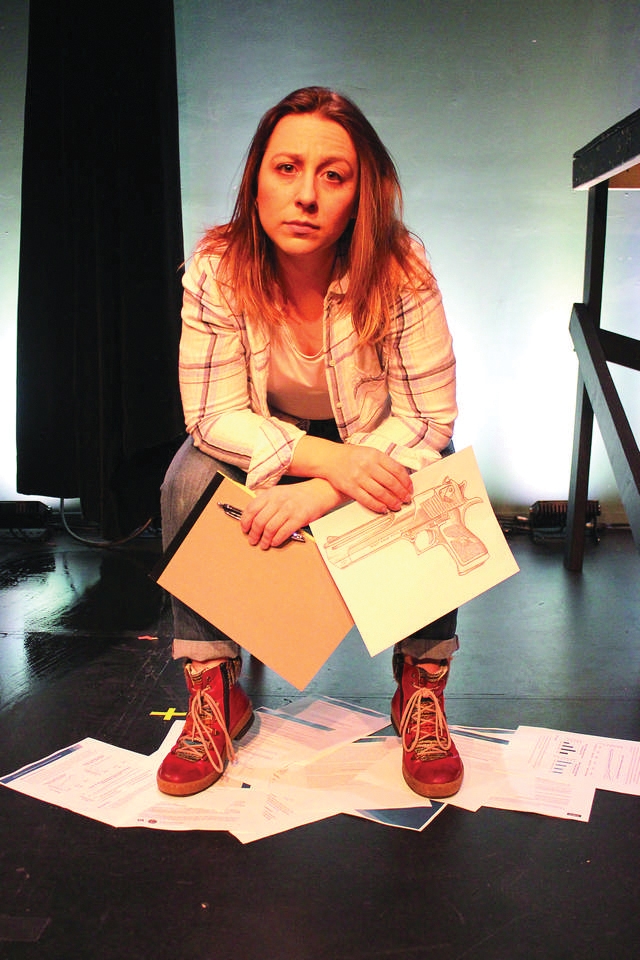 A major queer-oriented theater troupe swings out with a one person show that is said to take an objective view of the gun ownership controversy. Said to lean neither left or right, this solo piece written by E.M. Lewis and directed by Emily England, features Lauren Diesch in the role. This is the first time in 26 years that a queer-oriented theater company has produced a piece focused on gun rights. The last one was trans actress-writer Roxanne Hutton’s bold solo work, Second Amendment, an Actors for Change production which was a piece very much in support of gun ownership rights. 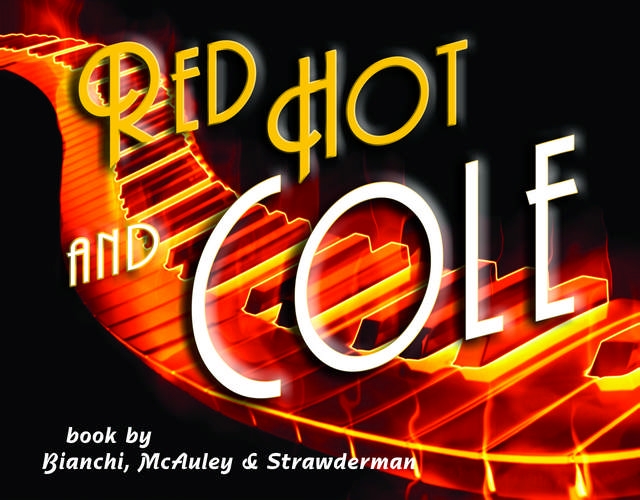 Red Hot and Cole. Image courtesy of Theatre in The Round Players

Cole Porter (1891-1964), one of the great popular composers of the 20th century and a legend in gay history as well, led an illustrious life. After graduating from Yale in 1913, he helped needy French villagers in World War I and served in 32nd Field Artillery Regiment. After the Versailles Treaty, he studied music in Paris where he married Linda Lee Thomas. Linda knew he was gay but it’s widely held that it wasn’t an issue with her. Ever the socialite, she burnished a reputation for for throwing fabulous parties for which Cole was a lively co-host. You can sense that light, festive and elegant spirit in timeless tunes such as “Begin The Beguine”, and “You’re the Top”. Not to mention, sensual songs like “Love For Sale” and “My Heart Belongs to Daddy”. Porter also created marvelous musicals that continuously enjoy revivals. For example, “Anything Goes”, “Can-Can”, “Kiss Me Kate”, and “Gay Divorce”. Theatre in the Round Players is presenting an acclaimed revue created in the late 1980s. It’s title is actually a play on words of a Porter musical called Red, Hot, and Blue.

Director Mary Cutler describes the piece: “In Red Hot and Cole we are allowed the opportunity to experience Porter’s lush and romantic tunes, his clever and a tad-naughty lyrics, and observe his unique personal and professional relationships. This combination of inimitable lyrics, beautiful melodies, and fun-loving characters are the musical’s attraction. Red Hot and Cole pays due homage to Porter’s brilliance and to his society—the makers of a golden era in American musical theatre history. The Porters’ curious lives along with their friends, Kaufman and Hart, Monty Wooley, Dorothy Parker, Clifton Webb, Noel Coward, allow us a brief peek into the sparkling talents of an era in which the American musical theatre was rising to prominence in the annals of world theatre.”

Popular veteran Guthrie actor and Broadway Baby Robert Dorfman has directed the world premiere of a play by Sheldon Wolf. Shul grapples with the problem of houses of worship sustaining themselves in a changing economy. It ponders, what if a synagogue congregation was to share their worship space with another religion?

The dilemma in Shul pertains to sharing sacred space with a group from the Sikh faith community. Wolf has said that at readings of the play, non-Jewish listeners have been struck by how it relates to the financial struggles of their own places of worship. Guthrie fans will remember Dorfman as central player during gay Artistic Director Garland Wright’s tenure at the Guthrie in the 1980s. He also played Shylock to acclaim in the Big G’s ’07 production of The Merchant of Venice, the Shakespeare play with its controversial view of antisemitism. 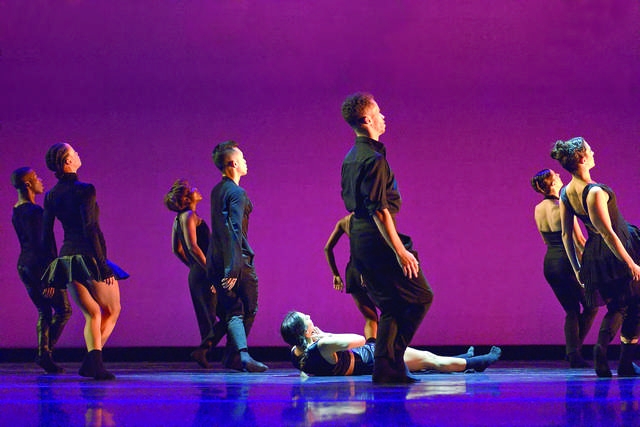 TU Dance has been around now for 15 years, and their evening of works by famed choreographers to celebrate that promises to be something special. Not to mention a great opportunity to actually see great dancers perform signature works. Just as we think of classic plays, these are contemporary classics of dance. Legendary gay choreographer of color Alvin Ailey kept his sexual orientation down low, but his queer sensibility was known to come through his work at points. TU will present his pieces Night Creature and Witness, which were co-created with jazz great Duke Ellington for television in 1974. Imagine a nocturnal world of jazz and nightcrawlers in Night Creatures. But shift gears for Witness, first presented in 1986, three years before Ailey’s death from complications from HIV/AIDS. It draws its spiritual source from the voice of Jessye Norman, the esteemed dramatic soprano.

Also included is a tribute to dance anthropologist, Pearl Primus of Urban Bush Women fame. Titled Walking with Pearl…Africa Diaries (2004), its originator Jawole Willa Jo Zollar will actually be a part of the performance as the work’s live narrator. A third work features traditional music recorded in Cuba. Where Light Shines Through, commissioned for TU in 2017, it dances to themes of solidarity and perseverance. 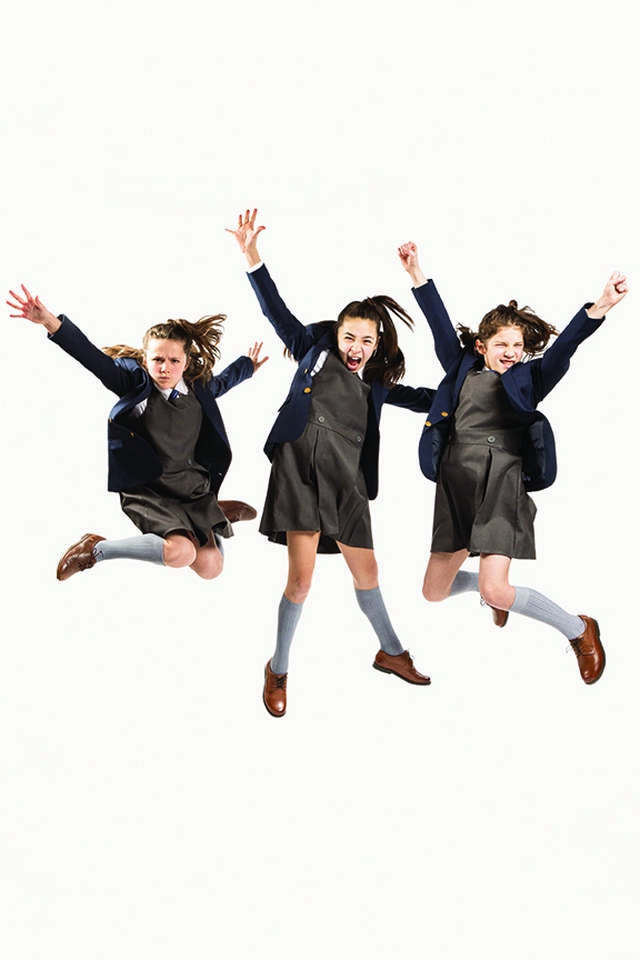 We often hear laments about how computers and iPhones seem to have invaded our minds like a virus. Something comparable happened in the last century with the advent of television. Children drawn to books and learning were sometimes mocked and ridiculed for appreciating the power and beauty of words—not only by other kids, but even by adults. This is the predicament of a young girl named Matilda penned by Roald Dahl four decades ago. That book was adapted into a hit Royal Shakespeare Company musical in the UK and has enjoyed success on Broadway as well. Children’s Theatre Company is producing the first local staging. Director Peter C. Brosius says, “Very few authors capture the unique perspective of children like Mr. Dahl; in terms of their resistance, their independence, their willfulness, their resilience, and their ferociousness. And what (composer-lyricist) Tim Minchin and (book writer) Dennis Kelly have done is capture that fierceness as well as the way kids see the adult world—that it’s cruel, insane, and unjust. They are truly mad and I love how wonderfully monstrous they are. Our young Matilda is able to rise up, face challenges that no one has done before—to even challenge the dreaded Miss Trunchbull!”

In 1982, Julie Andrews finally balanced out her idyllic image minted by Mary Poppins and The Sound of Music, two of the very biggest box office blockbusters of the 1960s. Not to mention her 1966 turn as a missionary in the Best Picture Oscar-nominated Hawaii. Finally, in ’82 she received her first Oscar nod since The Sound of Music and turned the tables on that image with her marvelous crossgender musical portrayal in Victor/Victoria directed by her husband, Blake Edwards.

As with Shakespeare’s crossgender comedies, its female protagonist subverts the heterocentric norm of opposite sex attraction—that of a person who emanates the traditional image of a gender, but whose physical body is not that of the image evoked. This lends to dramatic and comedic power as it teases the audience with the idea that the unaware actual heterocentric member of one gender is captivated and, therefore, confused by someone they think is their same gender.

In 1995, Edwards and Andrews came to the Orpheum in Minneapolis to launch the pre-Broadway run of the stage musical version of the groundbreaking, genderbending film. In the years since, it has become a stage classic. It also brought for the reality of women inhabiting and conveying maleness in a world that up to that point was inclined to include the notion of men inhabiting and conveying femaleness more openly than women doing the inverse. For example, since the early ’80s we have seen the steady rise of drag kings, and not just drag queens.

Celebrated choreographer-director Michael Matthew Ferrell feels the show is just as relevant now as ever. He shares, “It’s uncannily like reading many of the headlines of today and those issues that affect the LGBTQ community. Victor/Victoria addresses the issues of gender identity, brings to light the inequality of women in the workplace, has folks looking at their own sexuality and how we try to mask ourselves as society sees fit. This show celebrates all those diverse individuals and when we can be our authentic selves that’s when we can truly start living and find true happiness.”