Gay playwright Tony Kushner is renowned for polemical scripts that imaginatively entertain. One of his early works, now presented by Red Bird Theatre, signals the beginnings of the approach of the formula that he dazzles with so well. Director Genevieve Bennett, who has staged strong productions of Ibsen’s Hedda Gabler and Shepard’s Buried Child, says “I was drawn to A Bright Room Called Day because the world of the play feels so familiar. Set in Germany in 1932, the play follows Agnes and her friends as democracy erodes and fascism rises. Today, given the daily injustices and threats that endanger our democracy, A Bright Room Called Day functions as a cautionary tale about the temptation of inaction in the face of fear, hatred, nationalism and lies. Though outraged and shocked, Agnes and her friends fail to conquer the inertia of the helplessness and fatigue; they remain stalled in the face of the evil that is sweeping their country. I identify with this struggle. When it feels like the earth beneath my feet is shifting, it seems hard enough just to keep my balance. A Bright Room Called Day asks us difficult questions. In a world that demands action, what do we do, and are we willing to do what is required?”

Trylon Cinema continues what are called “roadshows” of Alfred Hitchcock films which play at two other local cinemas. They screen this spring in Minneapolis at the Heights and Riverview Theatres. It’s hard to believe that in his heyday, Alfred Hitchcock was not taken as seriously artistically as he is now. Not until after his death did he finally win the over film historians and critics as someone on a par with David Lean, Ingmar Bergman, and Federico Fellini. This may be because suspense thrillers were sometimes perceived as lacking the gravitas of other genres in the eyes of the conventional wisdom of the day. However, Hitchcock had a penetrating understanding of how the subconscious runs us. In our Post-Sexual Revolution era, his insights into how unconscious sexual desires motivate human behavior is hauntingly prescient, and frankly, in the current political climate it can be dangerous to even discuss some of the realizations he came to. Anyone wanting to learn something about that can do so in a way that enthralls by attending this festival.

This year’s festival is comprised of some of his lesser known and older works. But to be sure, every single selection is stellar and a dimension unto itself. The art direction, the starring and character role performances, and the use of camera and editing is captivating with every film below. You’ll also get a sense of how his films changed after moving to the U.S. from Great Britain. Both countries claim him as theirs.

Vertigo (Thu., Apr. 11, Heights)
Though meeting with mixed reviews in 1958, it came to be ranked as the ninth greatest American movie ever by the American Film Institute in 2007. In the most vulnerable performance of his fabled career, Jimmy Stewart reveals the dangerously hypnotic power desire and yearning can grip us with. San Francisco has never been so beautifully depicted. Kim Novak and Barbara Bel Geddes are luminously archetypal as contrasting manifestations of feminine essence.

Dial M For Murder (Mon., Apr. 15, Riverview)
An enormously entertaining film about a narcissistic tennis pro has-been who thinks he can commit the perfect crime. In devising a situation to kill his wife to gain her inheritance, he employs some wickedly underhanded notions. Gorgeously explosive color tones. Terrific star turns by Ray Milland, Grace Kelly and Robert Cummings. And John Williams’ Inspector Hubbard is the very embodiment of law enforcement at its principled, truth-seeking best.

Spellbound (Thu., Apr. 18, Heights)
In the final year of World War II, 1945, the director mused on what could go wrong within the staff of a mental institution. A metaphor for the state of affairs finally ending in Germany and continuing in the USSR? Handsome Gregory Peck, who would go on to star in The Big Country, The Guns of Navarone, and To Kill a Mockingbird, brilliantly conveys underlying menace opposite the great Ingrid Bergman three years after Casablanca.

Marnie (Mon., Apr. 22, Riverview)
In 1964, Hitchcock examined a toxic mother-daughter relationship, echoing the toxic mother-son relationship he directed four years earlier in Psycho. Subconscious sexual shame and the interplay of both misogyny and misandry permeate. The film stars Tippi Hedren, also the star of Hitchcock’s The Birds, Sean Connery in the same period as his early James Bond films, and Louise Latham in her best known role, who all expose how the childhood trauma of one person affects everyone around that person.

Rebecca (Mon., Apr. 29, Riverview)
In the haunting 1940 Oscar-winner for Best Picture, Hitchcock exudes a grasp of sublimated desire in his first American project. It was produced by David O. Selznick the year after his Gone With the Wind broke records that have yet to be surpassed. The character of Mrs. Danvers, played in a beguiling Oscar-nominated performance by Judith Anderson, is widely felt to evoke a lesbian aura. One of Laurence Olivier’s most memorable performances, that of an upper class widower, is splendidly matched with a lovely Joan Fontaine, the naive young woman he marries. But she doesn’t yet realize she resembles the first wife with whom the triggered Danvers is still obsessed.

The 39 Steps (Mon., May 6, Riverview)
This 1935 gem is beloved for its atmosphere and the nostalgic feelings it evokes. There’s also innate appeal because its about on ordinary man caught up by chance in a treacherous spy operation. A wonderful Robert Donat makes the viewer wonder just how she or he might respond if placed in the same predicament.

The Lady Vanishes (Mon., May 13, Riverview)
This 1938 feature was the box office success Hitch definitely needed at the time and it reinforced Hollywood’s  Selznick that “the master of suspense” had a shiny future stateside. It has been named 35th best film film of the 20th century by the British Film Institute.  An avalanche, a train winding through an isolated section of continental Europe, and a missing older woman make for eerie mystery. Featuring Margaret Lockwood, Michael Redgrave, and Dame May Whitty.

Theatre in the Round Players, arguably the best producer of any theater in the region of classic plays, is offering Peter Clapham’s stage adaptation of one of the most beloved American novels of the 19th century, Louisa May Alcott’s Little Women. Set during the Civil War, it follows the experiences of four sisters on the path to maturity, and their mother. Director Seth Kaltwasser, new to TRP, is known for his work as Co-Artistic Director at the St. Croix Festival Theatre where he staged an acclaimed all-female production of 1776.

He shares, “I’m new to the Little Women story. I hadn’t read the book or seen any of the film adaptations until I signed on to direct this show. One of the fun parts about getting to know the story and its legacy over the last year has been discovering just how enthusiastic its fan base remains, even 150 years after the book made its first impressions. The opportunity to work on literature that has such a rich heritage is very meaningful to me. I also like the way the playwright has kept all of the action within the March home. We hear about events that happen around town, but the action of the play is fully grounded within this magical time and place. It allows me and my team and our audience the opportunity to feel “at home” here, as well. ” 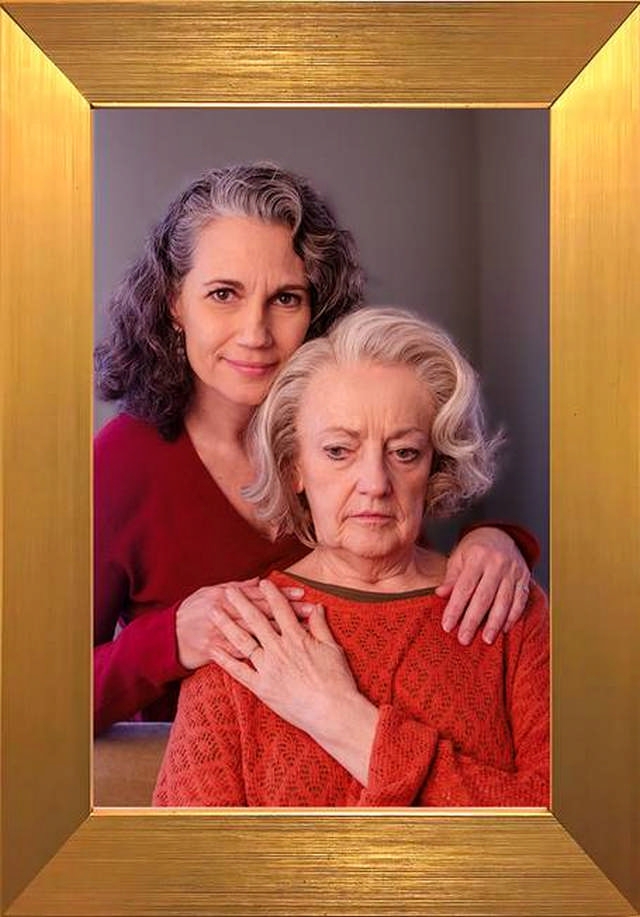 Gay Pulitzer Prize-finalist, Jordan Harrison, traverses into the realm of technology gone too far in Marjorie Prime for Prime Productions, the Theatre in Residence  at Park Square. What happens when high tech is used to actually alter our own organic human faculties to remember and recall? Director Elena Giannetti points out that though some will call this science fiction, “the driving themes and urgency very much keep it in the here and now, similar to popular TV shows Westworld and Black Mirror. By using Artificial Intelligence (AI) as a clever device, Jordan challenges our beliefs and morals around memory and how we evaluate, manipulate and value them. As the main character, 85-year-old Marjorie (Candace Barrett Birk), continues her mental decline through her struggle with Alzheimer’s disease, we must confront our own long held beliefs around what makes a memory and if memories make the person. What would we remember, and what would we forget, if given the chance?”

She continues, “Marjorie’s reality becomes defined by what memories are fed back to her own sense of the truth. The technology Jordan has imagined serves as a social tool to combat loneliness. However, the characters are left with more questions than answers about their own value in life and what makes a life worth living. If given the option to choose between experiencing a ‘curated’ life through technology or a ‘fragmented’ reality, do humans have the solid foundation on which to choose one over the other?” 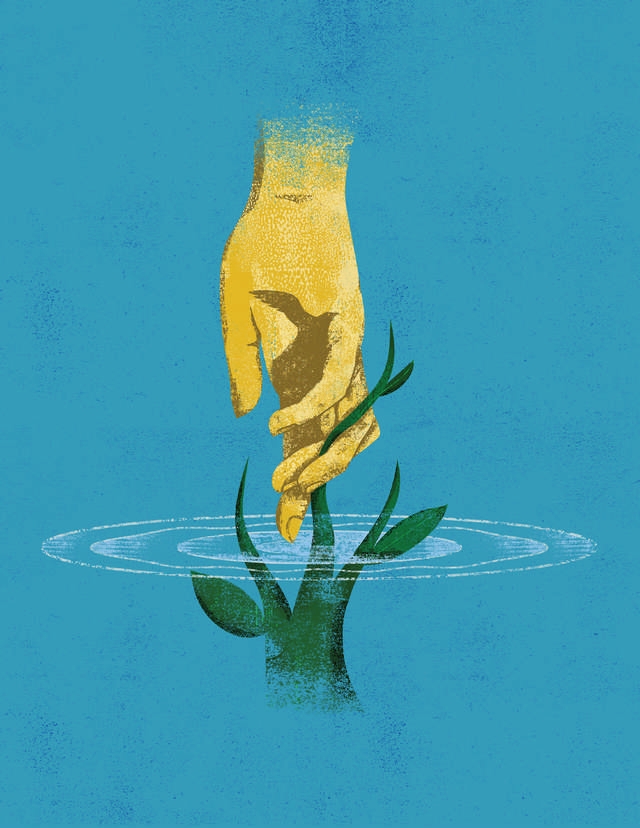 Roman poet Ovid offended Roman Empire leadership in the First Century BC and was ultimately exiled. There is some question as to whether he was bisexual or heterosexual, but there is no doubt that he had a unique apprehension of the power of Eros. His huge collection of fables, The Metamorphoses, is one of the most influential and absorbing works in the history of literature. It was central to the development of the creative mind of William Shakespeare, among others.

You probably know some of the stories found in Mary Zimmerman’s marvelous stage adaptation of Ovid’s opus. For example, selfish King Midas, whose touch turns things to gold. Orpheus, who travels to the underworld to retrieve his bride, Eurydice, who died of a snake bite. Narcissus, who in looking at his reflection in a pool becomes frozen. Clearly, Ovid was deeply concerned about the toll of human ego out of balance and the anguish of losing someone you dearly love.

Zimmerman’s adaptation opened Off-Broadway in 2001 and transferred to Broadway in 2002. She won the Tony for Best Director and it was Tony-nominated for Best Play. She is now directing the joint production of what has paradoxically become a contemporary classic drawn from an ancient text. The presenters are the Guthrie Theater and Berkeley Repertory Theatre.