Joel Sass is one of the most innovative directors—not to mention, set designers—around. He had a collaboration with Kimberly Richardson a few years ago for The Red Shoes. Inspired by the Hans Christian Andersen fairy tale, it was a supremely imaginative work of theater for which Richardson was named Lavender Performance of 2017. Now Sass returns to the same Open Eye Figure Theatre space for a companion piece that uses puppetry and live actors to reflect on the end of childhood and the beginning of adulthood. Neal Skoy, who recently gave a forceful performance as Henry the troubled youth in Sass’s glorious production of The Skin of Our Teeth for Girl Friday, is featured along with Chloe Bell and Maxwell Mainwood.

Sass relates that “in Troll, we’re continue our creative grafting of fairytale themes and folklore onto surprising settings by utilizing a creepy museum of compelling artifacts, animated shadow puppets, and live performers to explore the obscure history and eccentric inhabitants of a small town in rural Maine. The audience assumes the role of detective, sifting through the conflicting memories of townspeople who share stories of a peculiar village boy who may or may not have been a Changeling—a troll-child left behind to impersonate a kidnapped human. I’m thinking of this new show as a ‘New England Gothic’ that is simultaneously a ‘who-done-it’ and a love story… funny, poignant, and definitely a little scary.” Sass warns: “A troll may not be the only dangerous creature you can encounter in the village of Beldenville.”

Skylark Opera is willing to go outside the box on questions of gender and sexuality. Last year, director Robert Neu brought forth a transcendent production of the trans opera, As One. This year he shifts gears, while still impelling us to think on other questions in that realm with Cosi Fan Tutte. He points out that it “is an opera that’s often shunned because its perceived as silly and sexist. At the same time, it’s one of Mozart’s finest scores and was written with his great libretto, Lorenzo Da Ponte: the same team that gave us the masterpieces Don Giovanni and The Marriage of Figaro. But we maintain there is a way to make this piece work—the women in it are really written to be much stronger than they are portrayed, and the men are pretty much bone heads and not as ‘in charge’ as they think they are. We want to contemporize the piece and encourage a new way of looking at these characters and their actions—and by doing so, bring new vitality and relevance to Mozart’s masterpiece.” Skylark’s production is sung in English.

Actor Hector Chavarria always brings queer insights to his stage performances, including the current one in Frank Theatre’s revival of the classic labor folk opera, The Cradle Will Rock by Mark Blitzstein—a piece developed by the Federal Theater Project in 1937. This was a New Deal government program of the Works Project Administration (WPA). The projects involved tended toward social consciousness and gave theater artists respectability in a time when the U.S. still had a strong puritan legacy bedrock. Orson Welles directed that first production. Wendy Knox has directed the current Frank revival which she first staged to acclaim for Frank in 2003.

Chavarria plays Dauber, the artist, describing him as “an over the top, flamboyant man who isn’t afraid to let his presence be known—as a matter of fact he demands it. What I love about the character is the queerness that I’m allowed to bring to him. The musical is set in the 1930s, a time when being queer wasn’t very welcomed in society, so it means a great deal to allow Dauber to be openly gay and let his fabulous femininity take center stage, even when he is not supposed to be center stage.” 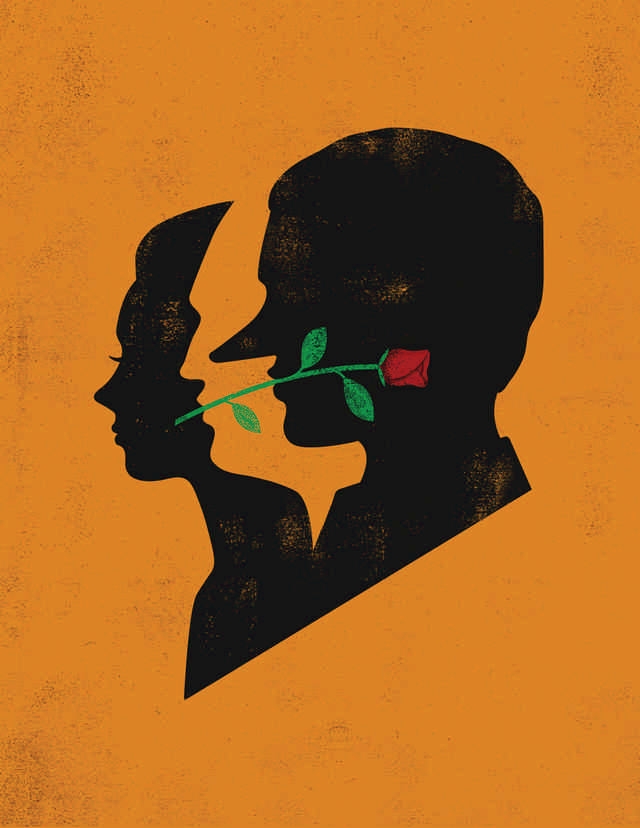 Edmond Rostand’s 1897 play about a man in love, but ashamed of his oversized nose, is one of the most popular classic plays ever. Guthrie Artistic Director Joseph Haj, a man with a magic touch for classic plays, has adapted what may be the best-loved stage work to ever come out of France. His own understanding of French as well as consulting two early English translations—one in prose, one in verse—has aided his creative process.

Haj shares, “Rostand’s play is spectacular. I wanted to pursue the original rhythms of the piece and amplify Rostand’s central examination of where beauty actually resides. For all it’s dazzle, this is a deeply human play about how we take a single blemish and let it eclipse our best selves. It touches our hearts in places we can’t escape. And we can all see ourselves in it.” 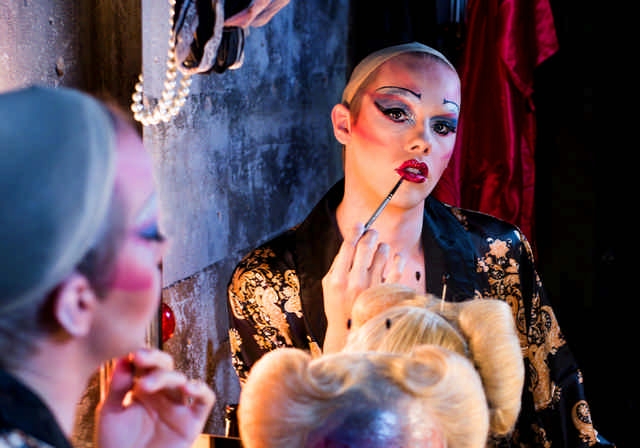 Hedwig and the Angry Inch. Photo by Allen Weeks

Peter Rothstein, who staged last year’s exquisite production of the Lavender Scare opera, Fellow Travelers, continues his examination of queer content with co-director Annie Enneking. Of the Hedwig production, Rothstein shares, “I’m obsessed with notions of transcendence, the problem of love, and the vitality behind radical self-definition.”

Rick Shiomi has a stellar reputation as a stage director who focuses expertly on Asian themes. The man known locally as the visionary behind Theater Mu, the region’s premier theater for Asian-themed work, has actually copyrighted a version of The Mikado. This is especially notable because the Gilbert & Sullivan classic has met with angry controversy because of its Asian stereotypes, but Shiomi felt there were enough elements within it to redeem it. He acknowledges what calls its great humor and music and sees it as reminiscent of Monty Python. He has directed his version for the acclaimed Gilbert & Sullivan Very Light Opera Company.

Shiomi shares, “There has long been a view that Gilbert and Sullivan set The Mikado in Japan rather than England, to avoid any governmental backlash. By setting the operetta in Japan, they could critique the governing powers while making it seem about a distant and foreign nation; though such terms as the ‘Archbishop’ and ‘Chancellor of the Exchequer’ clearly refer to British society. Our version has restored their critique of the country of its original intent while retaining the wonderful Gilbert and Sullivan music and humor. Of course we have made our own additions to the production such as new lyrics for the List song, cell phones, DNA references and cricket playing.”

Shiomi also points out that “over the past few decades, as general social sensitivities have caught up with the perspectives and feelings of of Asian-Americans in regard to The Mikado, traditional productions of it have encountered protests and criticism because of Asian stereotypes inherent in the operetta. Our production hopes to free the operetta from these concerns by dropping the Asian setting and focusing upon the British society as Gilbert and Sullivan saw it.”